The humble .22 rifle has long occupied a place of honor among American sportsmen. That’s because it is often the... 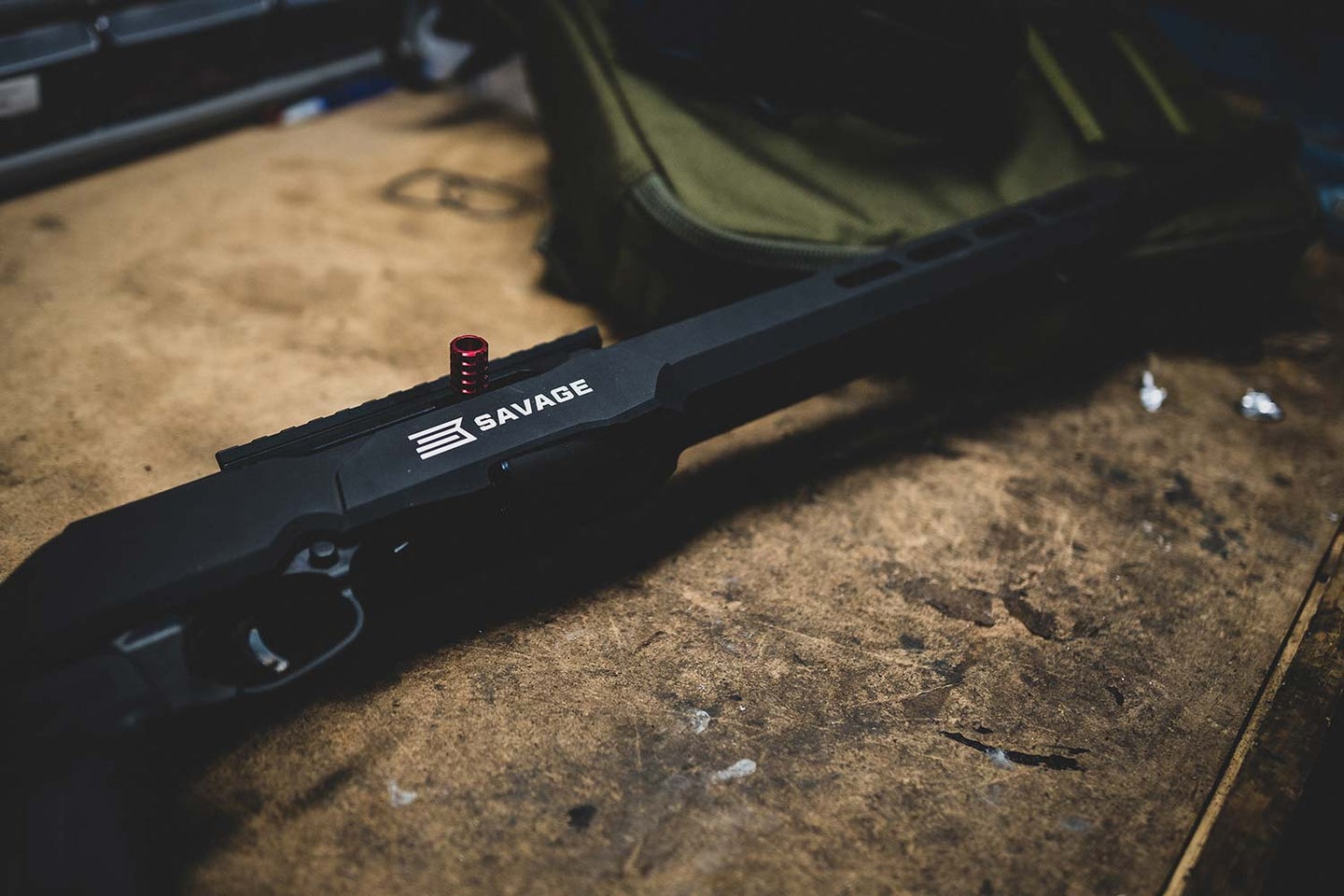 The humble .22 rifle has long occupied a place of honor among American sportsmen. That’s because it is often the first firearm they ever handle, the one on which they learned basic marksmanship and safety skills. As a result, it usually isn’t thought of as a precision shooting platform. Well, Savage begs to differ here. The manufacturer has long believed in the rimfire experience, and it has now created a pair of sophisticated and highly accurate rifles that reflect the company’s commitment to accuracy and precision. Each is designed to take your rimfire shooting to an entirely new level, be it target shooting at the range, participating in a competitive event, or picking off squirrels running through thick oak tree canopies.

The new A22 Precision sports a heavy threaded barrel that rides above a Modular Driven Technologies (MDT) chassis. This one-piece unit is machined from billet aluminum. It’s a rock-solid base that helps the semi-auto rifle achieve an extraordinarily high degree of accuracy. The stock is adjustable for length of pull and comb height, both of which allow a shooter to custom-fit the rifle to their body and preferred shooting position. Other features include an oversized charging handle, one-piece Picatinny rail, an 18-inch threaded barrel with flush cap, and a 10-round detachable rotary magazine.

And that’s not all. To further enhance accuracy, the A22 Precision comes with Savage’s famed AccuTrigger, a design that allows you to adjust the trigger pull without having to take a trip to a gunsmith. All in all, the A22 precision has been designed by Savage to take your shooting to an entirely new level.

Savage built the B Series rifles to take full advantage of rimfire rounds, and from the old favorite .22 LR to the punch of .22 WMR the B Series delivers exceptional performance. But Savage doesn’t like standing pat, and its engineers wanted to take the performance capabilities of the B Series to new heights. The result is the B Series Precision. The new B Series Precision bolt-action rimfire rifles are available in three models (the B22 Precision, .22 LR; the B17 Precision, .17 HMR; and the B22 Precision, .22WMR). All feature a custom one-piece Modular Driven Technologies (MDT) chassis machined from billet 6061-T6 aluminum. The design objective here was to create a stable base that further enhances accuracy. This chassis is lightweight and compact, and the V-shaped bedding and free-floated forend further help the rifle achieve a significant improvement in accuracy. The rifle is finished with black Cerakote, a ceramic-based coating that, among other things, improves the rifle’s abrasion and corrosion resistance.

The stock is adjustable for length of pull and comb height, allowing the shooter to create a custom fit. The heavy threaded barrel is 18 inches long and comes with a flush cap. A one-piece Picatinny rail allows for the installation of optics, and the detachable rotary magazine has a 10-round capacity. The B Series Precision also benefits from Savage’s acclaimed AccuTrigger, which lets the shooter adjust trigger pull from 1.5 to 5 pounds.

This rifle would be a good candidate for a shooter interested in participating in a precision rimfire shooting match. These matches are a fast-growing segment of the shooting sports; they offer the thrill of spirited competition, but with ammo that is far more affordable and available than some of the more exotic cartridges seen at centerfire precision matches. Since some of these shooters are now ranging out 200 to 300 yards—distances unheard of in rimfire circles a generation ago–they need gear that can deliver the goods. You can rest assured that the Savage B Series Precision line is up to the challenge. Think of it this way: in essence you’re getting a custom rifle right from the factory, one that is ready to go right out of the box.

And the best part just may be the sheer affordability of these high-performance rifles. At $599, they offer superb performance without breaking the bank. And that is called value. (savagearms.com)