The 10 Most Unique Shooting Ranges in America

Shooting is fun, but these super-cool gun ranges take it to a whole new level 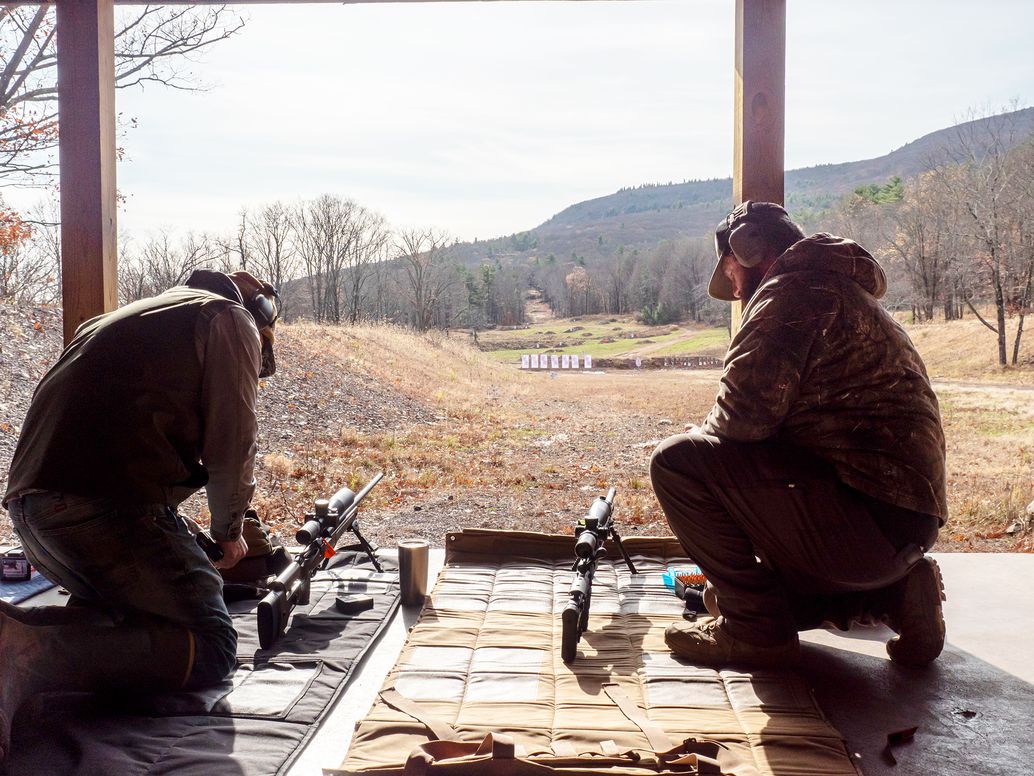 Want to shoot a machine gun? Or at night? Or crush a car with a tank? Or shoot a rifle a mile? Or underground in a bunker? Well, these are the spots for you. These unique destination shooting ranges take the fun of sending lead downrange, and amp it up a few thousand percent.

These are the Top 10 Most Unique Shooting Ranges in America, listed in alphabetical order:

Vegas isn’t just for losing money and poor life choices. It’s also one of best spots anywhere in the world to shoot machine guns and other military-grade hardware. Battlefield Vegas is one of the largest machine gun operators in town. They’ll even pick you up on the strip in a Humvee. Want to drive a tank and crush a car? No problem. Shoot a mini gun? They got you.

One of the largest trap lines anywhere, 52 shotgun shooters can line up at the Cardinal Shooting Center and yell “pull” all at the same time. There are 14 skeet fields, and 14 pistol and rifle ranges too. Plus, a new partnership with Lapua, the German ammo-maker, includes a 100-meter test tunnel to match test lots of .22LR ammunition. It’s a primo destination experience for shotgun guys and rimfire nuts alike.

One of the largest indoor shooting ranges in the country, Colonial is a wicked destination for new shooters starting with limited—or even zero—shooting experience. They rent handguns, rifles, machine guns, eye protection, ear protection, and sell targets and ammo, so all you need is enthusiasm and a willingness to learn from their highly trained staff and range officers. They offer a host of training classes too, many focused on new shooters.

Arguably the most advanced shooting center anywhere in the world, the Civilian Markmanship Program’s Talladega Marksmanship Park spreads out over 500 acres, with rifle ranges of 200, 300, and 600 yards. What makes it special is the target system, which is 100 percent electronic. That means you never have to go downrange to set up, paste, or retrieve a target. Spotting scopes aren’t needed either because each lane has a target video screen that plots impacts. Plus there’s 15 action-pistol shooting bays, trap shooting, five-stand, and a sporting clays course.

This operation in Bryan, Texas, 100 miles from Houston, specializes in a niche bucket-list experience: shooting stuff from a helicopter. Their claim to fame is high-volume aerial hog hunts, hence the name HeliBacon, but they also operate a large machine gun rental business. Reserve a day, and they’ll bring 30-plus firearms to a deserted ranch in sagebrush country, where you can shoot steel from the ground and the sky. It’s a one-of-a-kind place.

If you can drive or carry it downrange, you can shoot it at Knob Creek. (Except glass. Nobody wants that.) Cars, trucks, boats, water tanks, refrigerators—you can light it all up at this Kentucky range, found about 12 miles north of Fort Knox. It’s biggest claim to fame: the world-famous Knob Creek Machine Gun Shoot, where full-auto enthusiasts bring Class III weapons, from select-fire rifles to crew-served weapons to cannons, and make it rain.

The largest outdoor shooting range in the US, the Wittington Center is a 30,000-acre complex of 17 shooting ranges, each dedicated to one of the many NRA shooting disciplines. It’s also one of the best places in the country to shoot long—real long. Every summer, Wittington hosts the King of Two Miles event, where competitors stretch the bounds of small-arms ballistics at targets 3,500 yards away and beyond.

This multipurpose shooting spot deep in the American heartland has 15 ranges, from combat pistol bays to 500-meter rifle. What really sets it apart, though, is it’s open 24 hours a day, seven days a week, which means night shoots. Pistoleros who want to practice with their light-and-laser handgun setup in the actual dark can do it at Sand and Sage. It adds a layer of realism to training that you won’t get most anywhere else.

Scottsdale was voted the best indoor shooting range in Arizona, which is no small feat when you consider the sheer number of shooting centers in this pro-gun state. They have 32 climate-controlled indoor 25-yard lanes, with a programmable target system that can add a little spice to a training routine, and more than 250 rental guns, from diminutive concealed-carry pistols to machine guns.

There’s a pistol range, rifle range, gun rentals, sporting clays, and planted-birds hunts at this upscale shooting destination, about three hours south of Boston, but the real claim to fame is the longest indoor shooting lane in the country. The underground concrete bunker runs 150 yards. Bonus: There are no caliber restrictions, so if you’re looking to sight in that .50 BMG in a climate-controlled, windless tunnel, this is it.