The Top Six Fishing Lakes in the U.S.

Check out these six hotspots for killer freshwater action 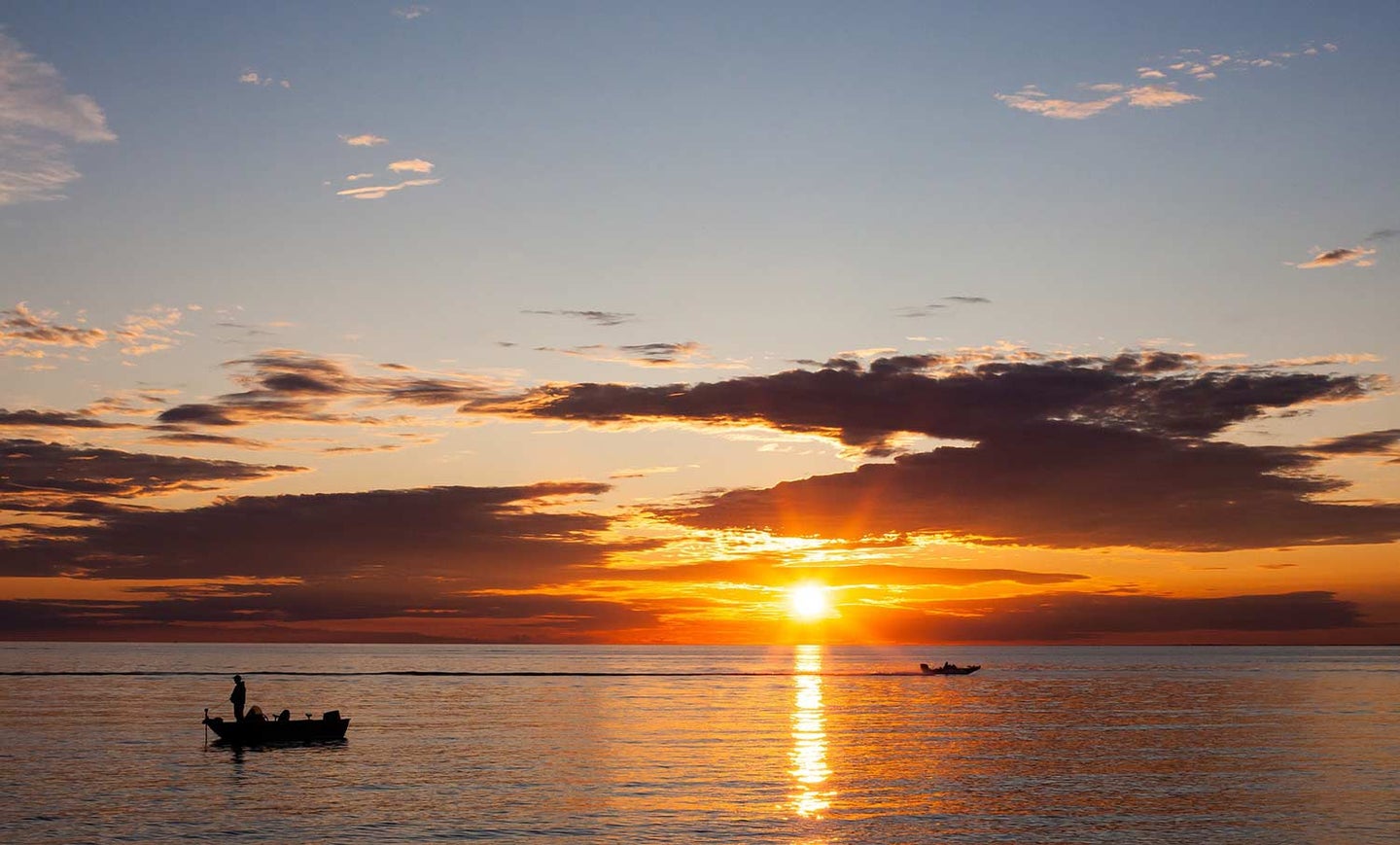 One of the most diverse fisheries in the U.S., Lake Michigan is so big that you could almost squeeze the entire state of West Virginia in its borders. Pixabay
SHARE

What’s more American than loading the truck, hitching the boat, if you dip—packing a dip, and setting off for a few days of fishing? Wherever you live in this great country of ours, there’s excellent fishing near you. But if you live near any of these six hotspots in Texas, Tennessee, Kentucky, Colorado, Michigan, Missouri, or Wisconsin, the fishing might just be a little better. From bass and crappie to trout and salmon, and muskies or pike, these are the top six fishing lakes in the U.S. well worthy of an extended fishing vacation.

One of the best largemouth bass lakes in the nation, Sam Rayburn Reservoir is a first-rate year-round fishery with equally excellent catfish, crappie and panfish numbers. Listed as the No. 1 largemouth lake in the central U.S. by Bassmasters, Sam Rayburn typically produces its best fish in the fall and winter, when temperatures drop and bass move into the shallows, where they can be induced to strike with a variety of crankbaits and spinners. Keep your eyes peeled for alligators too. There aren’t many in Rayburn, but like all things in Texas, the ones here grow big.

This sprawling 160,000-acre lake in Tennessee and Kentucky is renowned for crappie fishing, bass, huge catfish, bluegills and sunfish. The crappie fishing turns on from late winter through May. Largemouths are active along the shoreline during that time too, before moving to structure in deep water over summer and fall. Panfishing is great year-round, and perfect for new or youth anglers who want to catch a pile of fish. Kentucky Lake is famous for 2-pound redear, a monster sunfish species that makes for a good fish fry. Just landing these “big” little fish will put a smile on any kid’s face.

Colorado is famous for its trout streams, but there’s some killer lake fishing too. Blue Mesa Reservoir on the upper reach of the Gunnison River is the largest lake in the state, and it’s teeming with kokanee salmon, plus lake, brown and rainbow trout. Pound for pound, kokanee is one of the best fighting—and tasting—fish in the West. On Blue Mesa, it’s best to troll for them down deep from May to August, jig them up in August and September, or ice-fish for them from January through March. Trolling typically produces the best numbers, and after you taste these smoking-good salmonids, you’ll want to land your five-fish limit on every trip.

One of the most diverse fisheries in the U.S., Lake Michigan is so big that you could almost squeeze the entire state of West Virginia in its borders. With all that ground to cover, it’s best to focus on a quality fishing town of good reputation and start there. St. Ignace, Escanaba and Manistique are excellent small ports along the Upper Peninsula. Wherever you start, the smallmouth bass fishery is first-rate, though the lake is best known for monster rainbow and brown trout, coho and chinook salmon, steelhead, walleye and perch. No matter the time of year, you can find great numbers and big fish.

Lake of the Ozarks, Missouri

Don’t discount landlocked Missouri. It’s a killer fishing state, at the center of which is the famous Lake of the Ozarks. It’s home to an excellent crappie population, monster catfish, and loads of panfish, but they all take second place to largemouth bass. Bass reign supreme as the most sought-after fish in the Ozarks, and for good reason. Bassmasters long considered this the best bass lake in the country for 2- to 5-pound fish. It’s home to three or four major bass tournaments every year. Whatever the time of year, skipping baits under and around the thousands of docks that line the lake is a great place to start; though in the dead of summer, bass tend to move to deeper water.

Wisconsin is dotted with thousands of small lakes with great fishing, but when it comes to trophy muskies—the heavyweight contender of gamefish in the upper Midwest—Big Saint Germain is where it’s at. The fish of 10,000 casts is not easy to catch, but it’s easier to land big muskies on BSG than many other spots. The lake is larger than most in the region, so the muskies can grow bigger, and in higher numbers. The musky season runs from Memorial Day weekend through November, but the second week of August through the second week of September is when the most hardcore muskie fishermen call in sick at work with a case of fish flu. If you’re planning a trip, go then for a shot at a fish of a lifetime.