Some Customs officials are kind and helpful; others are completely nuts. Be ready for both 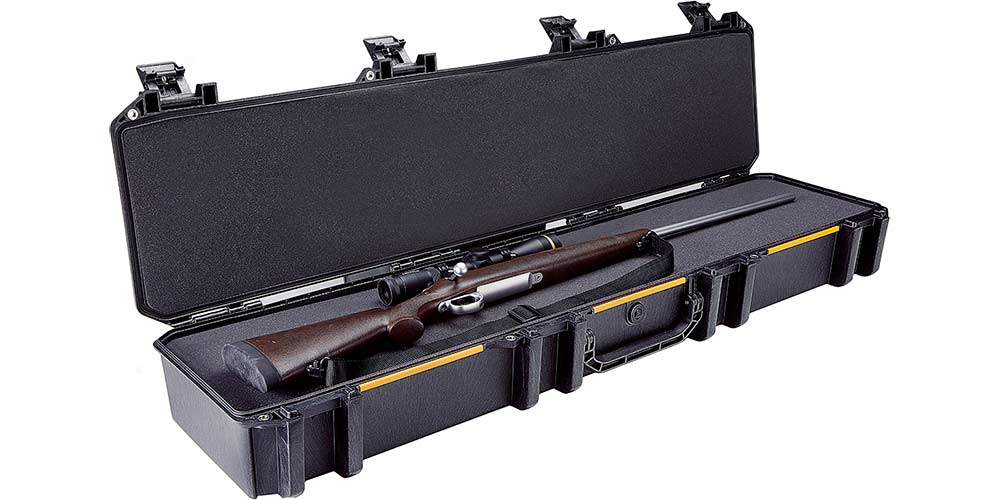 Having read Phil Bourjaily’s post of April 9th on traveling with guns, I feel compelled to put in my oar, as the British used to say, specifically on Customs, U.S., dealing with. In addition to agreeing with everything Phil says, I would like to point out the following, having flown with firearms since 1971 and not ending up in prison.

Dealing with Customs is a cross between the Mad Hatter’s Tea Party and Franz Kafka’s The Trial.

Over the years, I have personally filled out the magical Form 4457 (Declaration of Personal Property to be Taken Overseas). Then the Customs officer looked at it, signed it, and stamped it.

Or, I have had Customs officers insist on filling it out themselves. This may depend on the phase of the moon; I’m not certain.

Most of the time, Customs insists on examining the gun and verifying the serial number, caliber, etc. On the other hand, a carful of us caribou hunters once pulled up to the Customs office at, I believe, Champlain, NY on our way to Quebec, eh, and told an officer that some of us had rifles to register.

“WELL DON’T BRING THE GOD-DAMNED THINGS IN HERE,” he yelled, “DO YOU WANT TO START A PANIC?”

Being anti-panic, those of us who needed to register filled out all the numbers on slips of paper, brought those into the office, filled out the 4457s, and had no further trouble.

Some Customs officers are extremely nice. One young man who worked the office at Westchester County Airport was so cordial that I made a second trip and brought in more guns, just for the experience. “Tell your friends to bring their guns,” he said.

Perhaps he liked guns, or maybe he was lonely.

On the other hand, there was the Customs officer whom a friend of mine encountered while bringing his rifle back from overseas. As is required by aviation law, he had the bolt removed, wrapped, and lying alongside the rifle.

When this Customs officer saw the bolt, he literally leaped backward, as though there was a venomous serpent in the case, perhaps a green mamba, and grabbed his Glock.

“WHAT’S THAT?” he bellowed.

My friend, who is an officer of the court and familiar with uniformed weirdness, explained that International aviation law, as well as the laws of the country from which he was returning, required the bolt to be removed. After several minutes of this, the Customs guy relented, took his grip off his Glock and, snorting and farting with outrage, let my friend pass.

Do not assume you’ll have time to fill out a 4457 when you go to the airport. I tried this at New York’s JFK (the Third World, but without the charm) and found that there was one Customs office, and that it was in a terminal a couple of miles from the terminal where I was. When I finally got there, the Customs people were not sympathetic. They let me cool my heels for a while, knowing that the clock was ticking down to takeoff time. Why? Because they could. Get your 4457s filled out long before you go to the airport.

It’s not a good idea to stroll in the door of a Customs office with a smile and a gun. The world being what it is, the officers may take it poorly and fire a warning shot through your head. Call ahead. Tell them you have a firearm you’d like to register and what time would be convenient to drop by? I even go so far as to leave the bolt home, just to show my good intentions.

My all-time favorite Customs experience was at San Francisco Airport. I was returning from New Zealand, and before I could check my rifle onto the flight from SF to New York, a Customs agent ran a powder residue* check on my gun case in the event I had managed to slip a harmful device into it between the time I said goodbye to it in Auckland and when I retrieved it in SF.

To do this, he was required to wear rubber gloves, and as he slipped them on, he asked rhetorically, with a sly, mad smile:

“Why is it that people get so nervous when they see me do this?”

* If you handload, take great care not to get powder residue on your gun cases. If it is detected, you will be Taken Away for Questioning and never seen again.