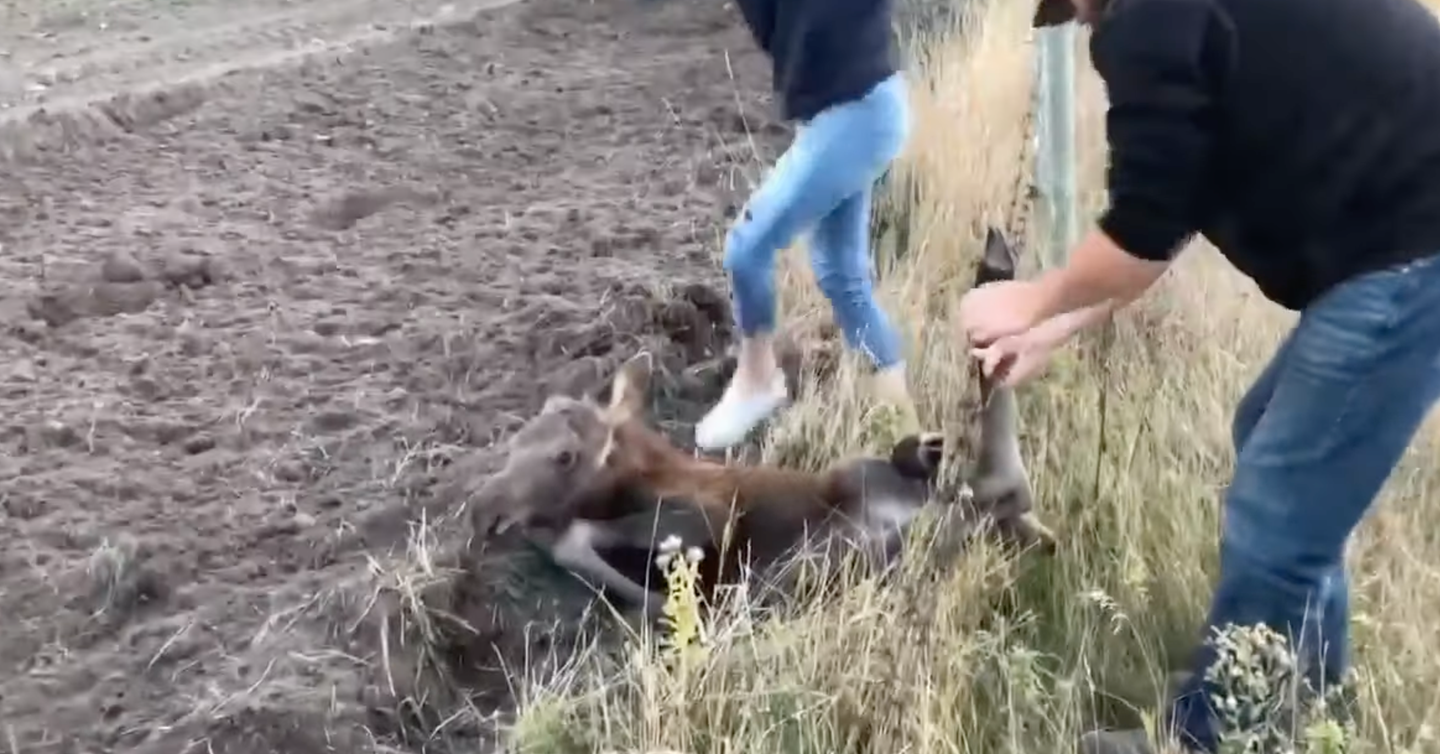 Canadians have developed a reputation for being particularly nice. Whether this generalization is deserved or not is a matter of debate, but one thing’s certain: A family in Alberta did a really good thing earlier this month. They freed a moose calf that had gotten tangled in a barbed-wire fence. Not only did they rescue the young critter, but they also took a big chance to do so. The calf’s mother is shown in the video at just a short distance from the people. It turned out not to be a problem. The cow moose ran off a distance while the Canadian family rescued its calf. But mother moose cows are known to be aggressive in defending their offspring, and the Canadians were lucky that it didn’t turn on them. The feel-good scene took place in Westlock County, Alberta, on October 2.

“My niece and her family were driving along when she saw a moose calf get into trouble. They whipped around to see if they could help,” Cari Loree told ViralHog. “After a little help, the baby moose went down the fence line and crossed the road to where momma moose went.”

The Canadian Wildlife Federation estimates that there are somewhere between 500,000 and 1 million moose in Canada. Moose calves gain weight faster than any other big-game animal in North America. Bull moose can reach weights of up to 1,800 pounds, while cows typically top out around 1,100 pounds.

Read Next: Bull Elk Freed from Tire That was Stuck Around Its Neck for Two Years

Fencing poses an often-overlooked threat to wildlife. A 2006 study estimated that one ungulate per year becomes tangled for every 2.5 miles of fence. Of those critters, juvenile animals are eight times more likely to die in fences than adults. But thanks to the friendly samaritans, this moose calf lived to see another day.