Woman Gored, Tossed 10-Feet in the Air by Bison in Yellowstone National Park 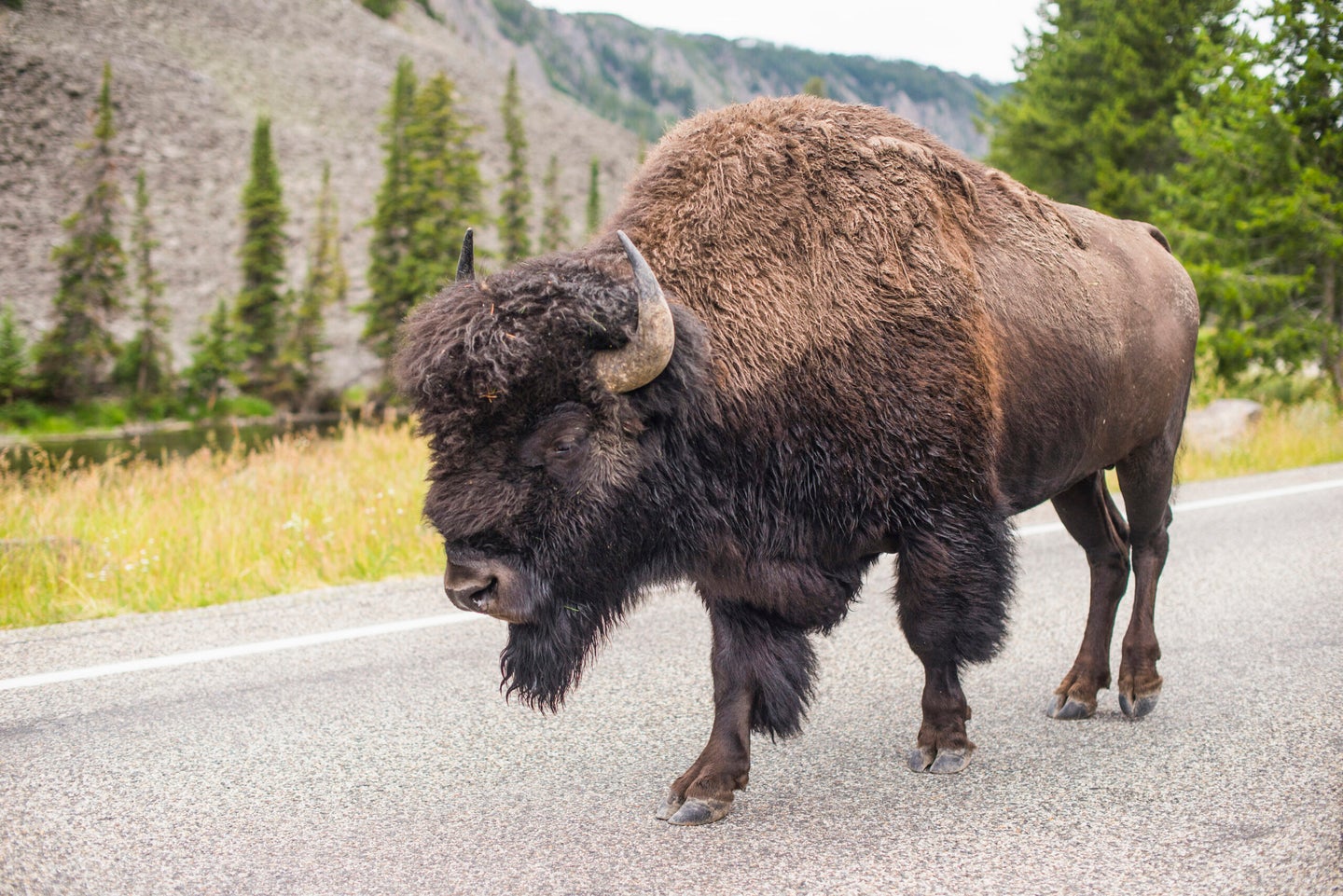 A tourist came too close to a bison at Yellowstone National Park and was charged by the beast. According to a news release, a 25-year-old woman from Grove City, Ohio, along with two other visitors, broke a park regulation requiring visitors to stay at least 25 yards away from bison. She approached within 10 feet of a bison on the morning of May 30, 2022, before it “gored the woman and tossed her 10 feet into the air.”

According to park officials, the woman sustained puncture wounds and other injuries. She was quickly transported via ambulance to Eastern Idaho Regional Medical Center to receive medical care. NBC News reported that she died from her wounds before backtracking on their reporting. The woman’s current condition is unknown.

“The incident remains under investigation, and there is no additional information to share,” writes the National Park Service (NPS). “Wildlife in Yellowstone National Park are wild and can be dangerous when approached. When an animal is near a campsite, trail, boardwalk, parking lot, or in a developed area, give it space… If need be, turn around and go the other way to avoid interacting with a wild animal in close proximity.”

The park currently requires visitors to stay at least 25 yards away from large animals such as bison and elk and maintain a distance of at least 100 yards from wolves and bears. Still, visitors to the park are notorious for disregarding regulations and getting way too close to wildlife. NPS officials say the mauling is the first instance this year of a visitor getting too close to a bison, where the animal responded by goring the individual.

Read Next: Bison Launches Another Bison Off of the Road in Epic Battle

There are currently estimated to be more than 5,500 bison in Yellowstone. In the early 20th century, there were only around two dozen bison in the park. Decades of conservation work have bolstered the population to where it is today. Bison are considered to be the largest land mammal in North America, with bulls reaching weights of up to 2,000 pounds. Though many people might think that the herbivores aren’t dangerous, the Yellowstone NPS warns that this is not the case. “They have injured more people in Yellowstone than any other animal,” writes the NPS. “They are unpredictable and can run three times faster than humans.”