The boat was not seriously damaged nor any of the four anglers aboard injured. But they did go home with a big fish story 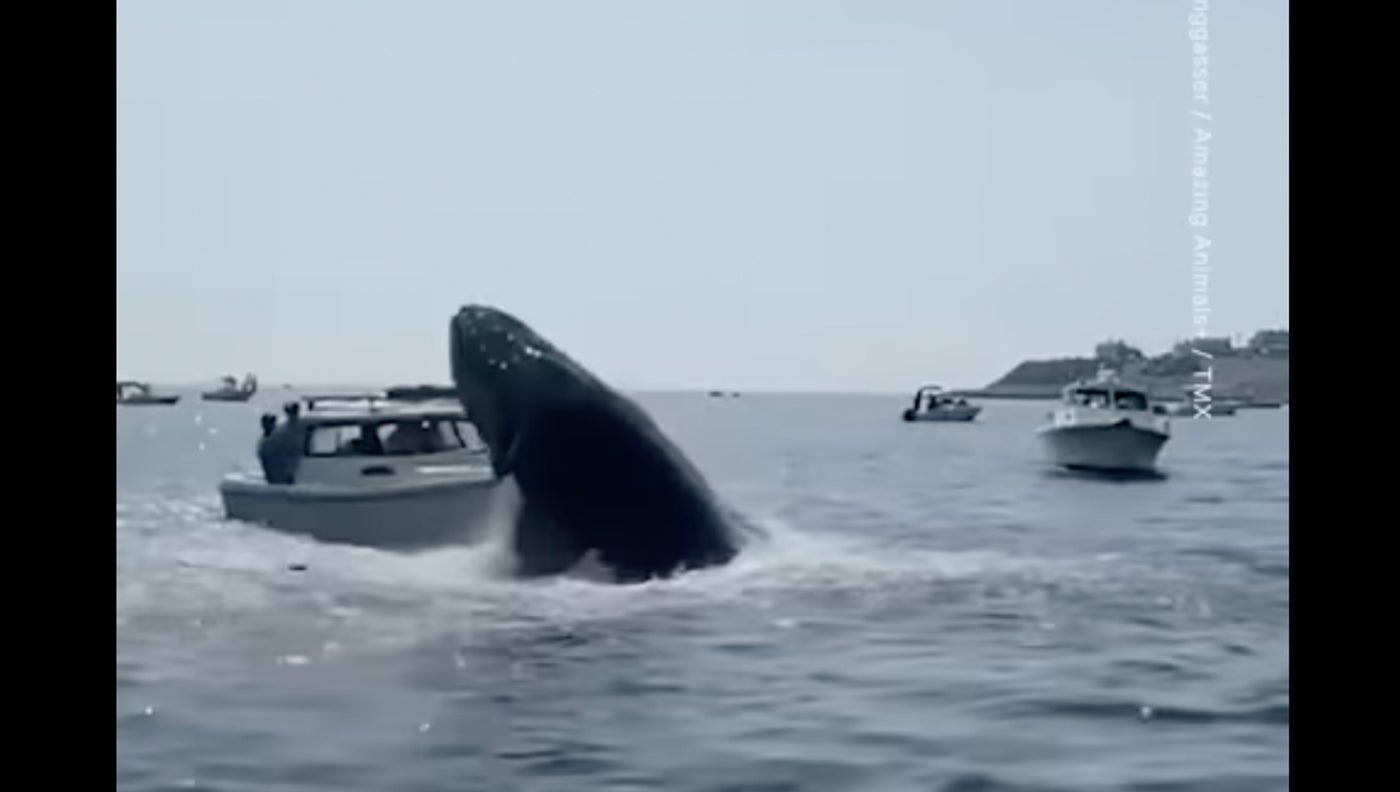 A breaching humpback whale landed on a 19-foot fishing boat in Plymouth, Massachusetts, on Sunday, sending the vessel skimming backward across the water but apparently causing no serious damage to the boat or its passengers. Photos and videos of the collision show the whale slamming into and briefly submerging the boat’s bow before falling back into the water.

“A Harbormaster boat assigned to the area to watch for any potential violations of the Marine Mammal Act responded to check on the vessel occupants,” according to a post on the Town of Plymouth’s Facebook page. “The operator reported no injuries and no major damage that affected the seaworthiness of the vessel. Plymouth Harbormaster forwarded all information to the Massachusetts Environmental Police to handle the investigation into the incident.”

The whales, which can weigh up to 40 tons and stretch 55 feet long, have been drawing lots of attention in the area for more than a week as their annual migration brings them past the Massachusetts coast, and the presence of baitfish draws them closer to shore, according to the global nonprofit organization Whale & Dolphin Conservancy (WDC), which is based in Plymouth. The increased whale activity has led to some stunning images, including a photograph of a paddleboarder who came within a few yards of a breaching humpback. The whales have also drawn lots of boaters hoping for an closeup view of the action.

“From what we have seen, there is not a lot of ‘breaching’ going on but rather lunge feeding, which is based on where the fish are schooling,” WDC Executive Director Regina Asmutis-Silvia said in a press release. Lunge feeding is a hunting method in which humpback whales corral baitfish near the surface and then lunge through the school to engulf a mouthful of fish. “Feeding whales are often distracted whales, making it more important for boaters to be watching for them as the whales are very focused on fish at that point, not boats.”

Harbormaster Chad Hunter told CBS News that while there have been concerns about boaters getting too close recently, it appears in this case everyone was “doing the right thing” and simply fishing when the whale breached.

But authorities are cautioning whale-watchers, anglers, and boaters that such encounters don’t always end well. “This interaction, while rare, is a reminder that these interactions can be dangerous for both boaters and whales,” the Town of Plymouth said in its Facebook post, asking boaters to keep at least 100 yards between themselves and the whales. In May, four boaters were hospitalized after a juvenile humpback slammed a boat in Mexico, but in that case some witnesses said the vessel’s operator been harassing the whale. Monica Pepe, the safe boating policy manager for WDC, noted that “the whales are probably double the size of most of the boats we are seeing out there, which makes accidental collisions dangerous for everyone involved.”