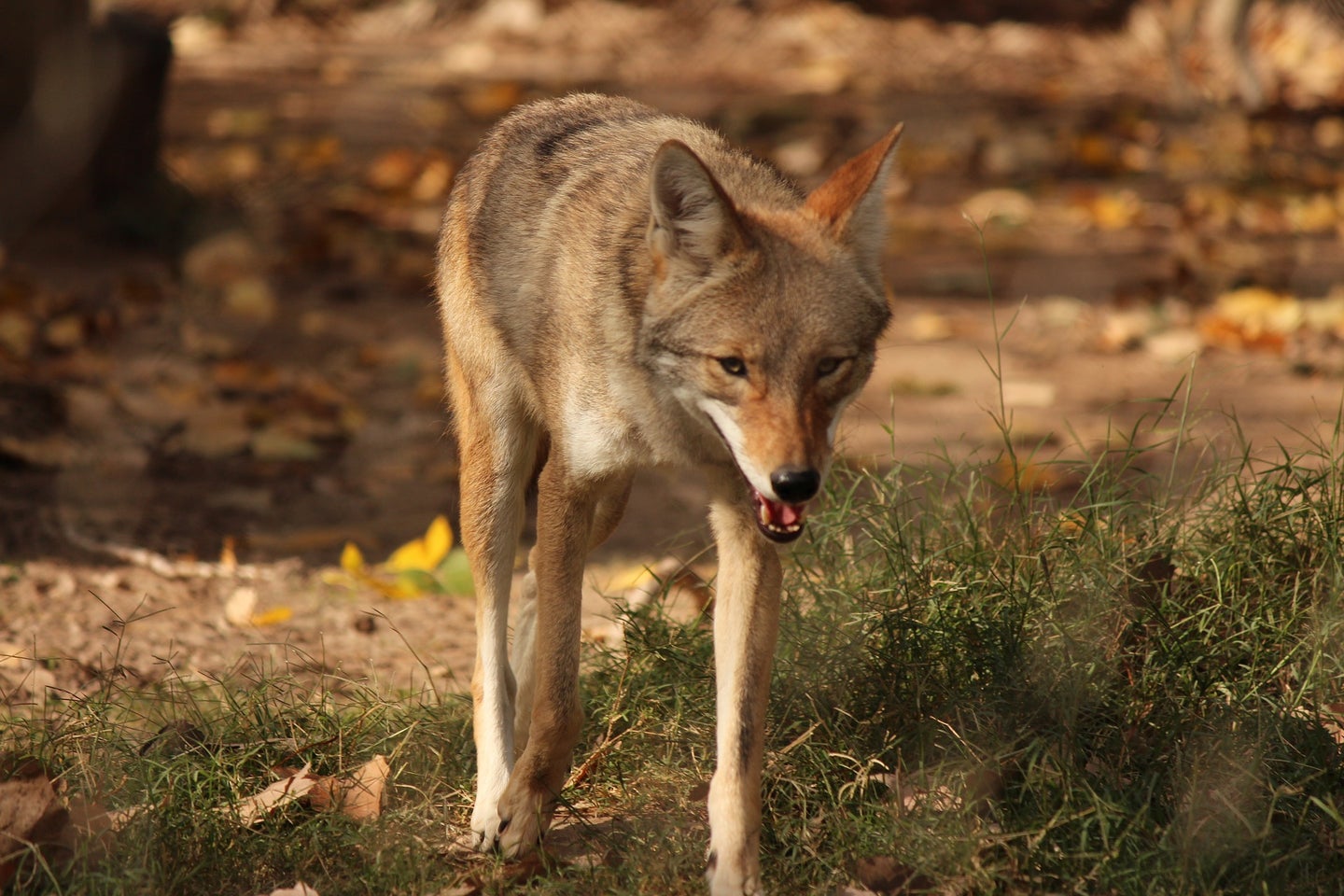 Don't let a 'yote come near your children. Pixabay
SHARE

In Arlington, Massachusetts, two startling coyote attacks—both on toddlers—took place in the past week. On Sunday, September 5, a coyote bit a 2-year-old girl on the back and then dragged her briefly. Ten minutes later, another 2-year-old girl was scratched by a coyote less than half a mile away from the first attack. Both of the girls sustained non-life-threatening injuries. One animal was believed to be responsible for both attacks.

“We heard a kid just screaming bloody murder like, at first it sounded like kids playing and we could hear it was just very loud, I mean a kid was just screaming,” Shawn Deshane, one of the children’s neighbors, told NBC Boston. These are not the first coyote attacks to occur in the area. A 5-year-old boy was bitten in the leg by a coyote in August at Herring Cove Beach in Provincetown.

Are Coyote Attacks On the Rise?

According to the Urban Coyote Research Project, coyotes have expanded their range across North America, and many are now living in urban areas. A study from the School of Environmental and Natural Resources at Ohio State University noted that “increasingly, humans in many urban and suburban areas are living in close proximity to coyotes. What is unclear, however, is the level of threat that these carnivores pose to human health and safety.”

Though there have only been two recorded killings of humans by ‘yotes in North America—a child in the 1980s and a woman in 2009—non-fatal attacks can still pose problems, such as the spread of rabies. In a statement regarding the Herring Cove Beach incident, the NPS wrote that “this summer, rangers have been responding to incidents of coyotes acting assertively toward people in attempts to obtain food. This behavior starts with people feeding the coyotes intentionally by leaving food out, or inadvertently by not removing food scraps and packaging from the beach. This leads to the animals becoming habituated and bold in attempts to obtain food.”

Local officials suspect that someone might be feeding coyotes in Arlington, prompting the spate of recent attacks. Preventing coyote-human interactions means removing and securing food sources. The Urban Coyote Project suggests taking measures such as securing garbage, cleaning up spilled birdseed, and making sure pet food is not left outside. According to the NPS, “when wild animals lose their fear of people, they behave unpredictably and aggressively, resulting in injuries to people and a sad ending for the habituated animal.”

MassWildlife and Environmental Police have been combing the neighborhoods and woods near where the recent attacks in Arlington took place but have yet to locate the responsible coyote.