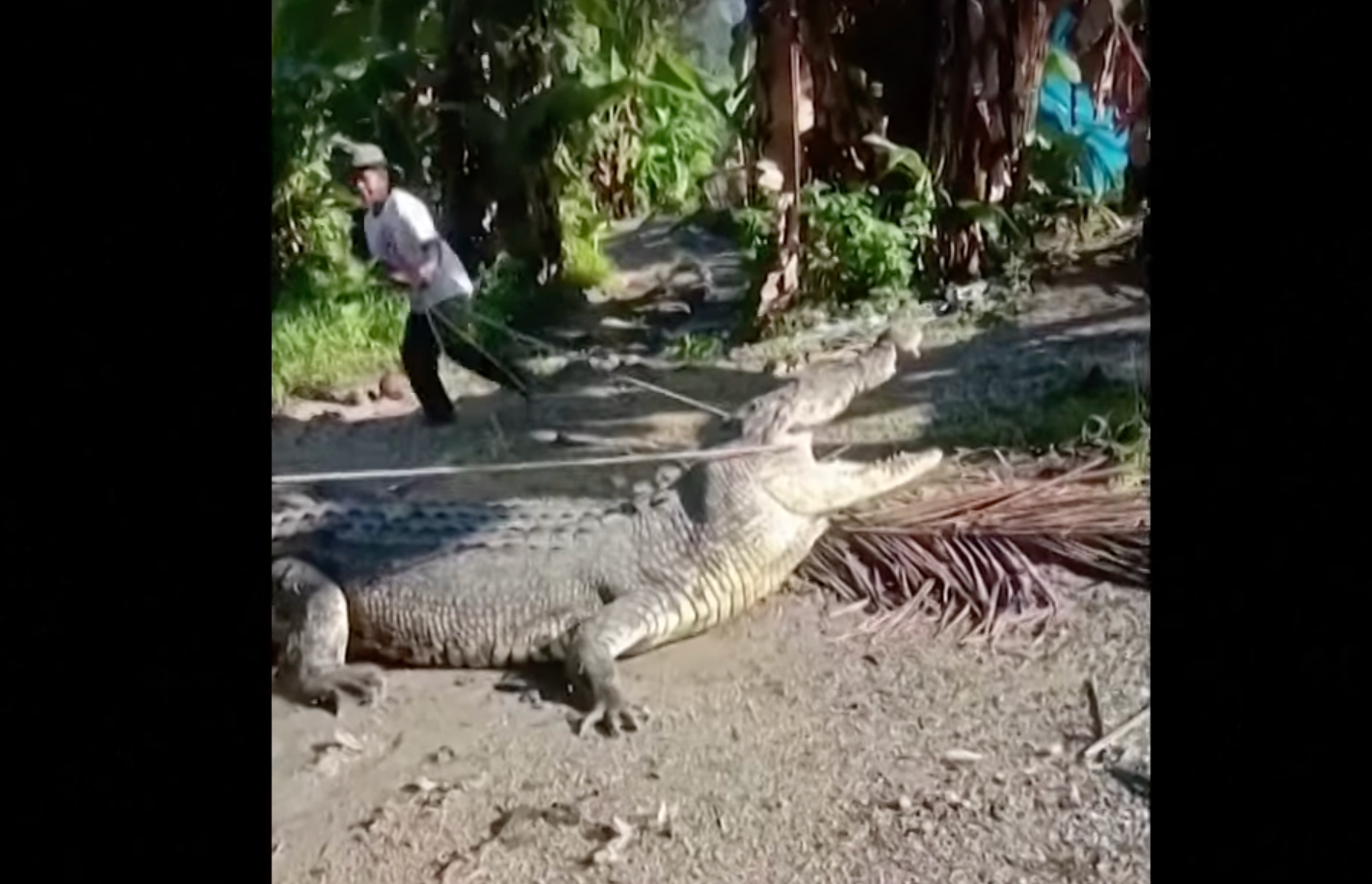 My nomination for the World’s Bravest Man this week goes to an Indonesian man named Usman (Indonesians frequently go by a single name, sort of like Superman), who captured a 14.1-foot crocodile on the island of Sulawesei using nothing more than a rope. “If we had left it, it would have come onto land and we wouldn’t have been able to go into the rice fields,” he told NSBB News.

Okay, let’s back up a minute. A 14-foot croc is basically a prehistoric monster come to life. It weighs about 1,000 pounds, possibly more. It could easily swallow you whole and then ask to take a peek at the dessert menu. Yet Usman somehow wrangled the beast with just a rope. And since the rope doesn’t even appear to be that thick, it’s reasonable to assume that the crocodile could have easily bitten through it—except that Usman managed to get it into the back of the animal’s mouth, away from its teeth.

Usman reportedly said that he’d been seeing the croc in the vicinity of his village for two days prior to the capture. Villagers worried the animal would come into the rice fields, where workers would have been easy prey. The crocodile also might have hidden in the drainage canals running on both sides of the road, where locals routinely fish. “I had to take a chance,” he told Reuters.

Read Next: Pub Owner Smacks Aggressive Crocodile on the Snout with a Frying Pan

Footage of the encounter show the croc with the rope in its jaws before villagers finally lift the roped and blindfolded animal into the back of a pickup. The truck then drives off with the crocodile’s tail tied to keep it from dragging on the ground behind the vehicle. According to a local natural resources agency, the crocodile was released back into the wild.