Watch a Jaguar Suddenly Take Down a Caiman 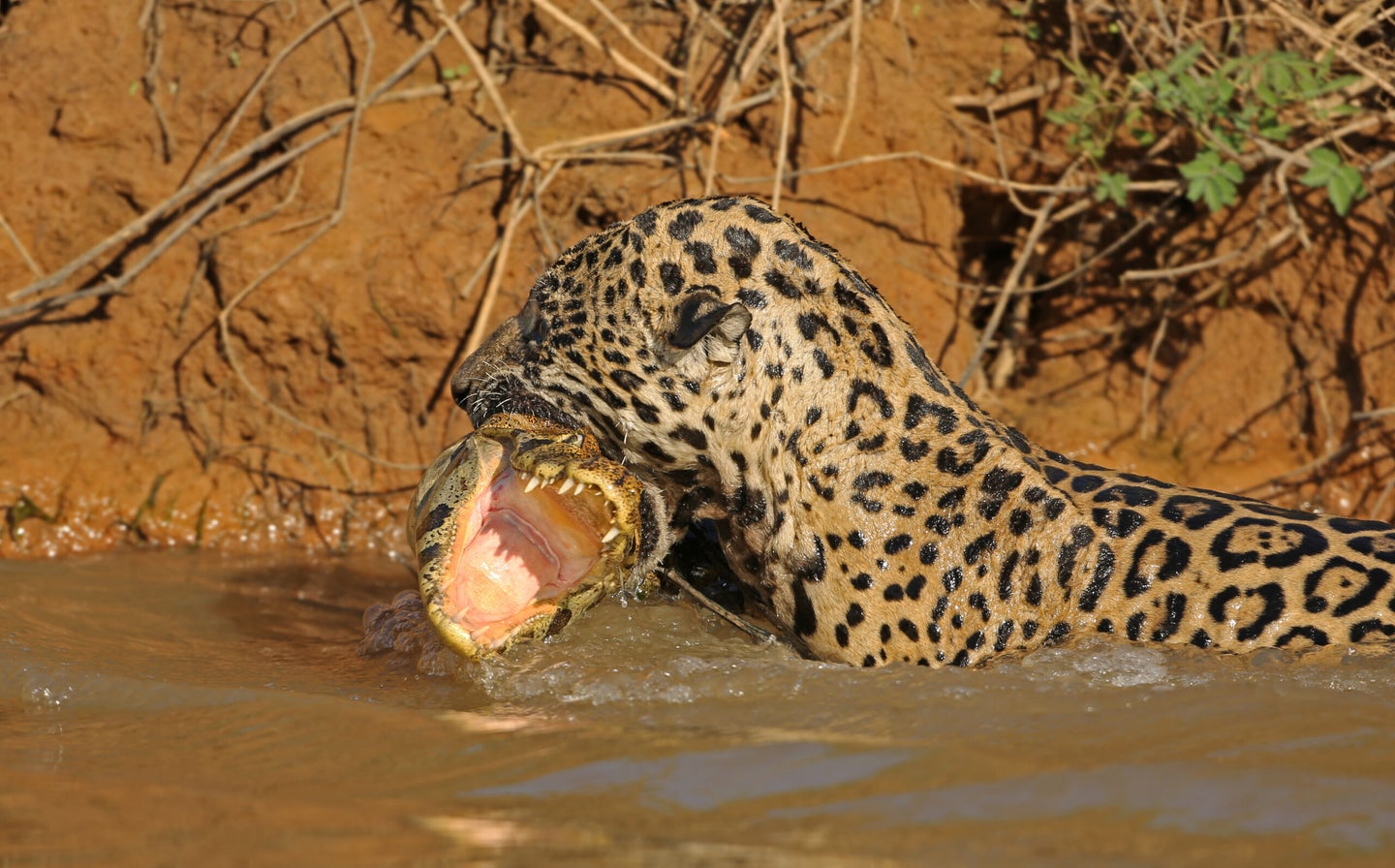 The participants of a wildlife tour in the Pantanal recently witnessed an absolutely epic wildlife interaction: A caiman appeared to be relaxing when suddenly, a jaguar sprang out of the thick vegetation next to the water. A split second before the jaguar reached it, the caiman tried to dart away. But the jaguar was too fast. It pounced on the caiman and after a couple of seconds of underwater struggle, emerged from the water with the soft underside of the neck of the big reptile clamped between its jaws. Then the big cat quickly disappeared back into the vegetation with its quarry.

The entire sequence of events took less than 30 seconds and was captured in a short video that was recently posted to TikTok by Natural Habitat Adventures, an ecotourism company run by the World Wildlife Fund. “[Just] another day in the Pantanal,” wrote the company in the video’s description.

At 42 million acres, the Pantanal is considered the largest tropical wetland in the world. It’s primarily located in southwest Brazil, but parts of it extend into Bolivia and Paraguay. According to the World Wildlife Fund, the Pantanal is home to approximately 10 million caimans. It also has one of the highest densities of jaguars in the world.

Capturing a jaguar taking down a caiman on camera is rare but not unheard of. In Netflix’s Our Planet, videographers captured a scene where a jaguar sprang out of a tree to kill an unsuspecting caiman. In a 2012 study published in the Journal of Zoology, researchers investigated the phenomenon of jaguars hunting caimans in the Pantanal. The study’s authors found that 71 out of the 114—or 62 percent—of the caimans they found dead were killed by jaguars. The caimans the big cats preyed on had a wide range of body sizes, and the jaguars recorded most of their kills during the area’s dry season.

The jaguar is the third largest species of cat in the world behind only lions and tigers. It’s the largest cat in the Americas. Unlike many species of felines, jaguars are considered excellent swimmers and are often found near lakes, rivers, and wetlands.