Give the hunting, fishing, or camping enthusiast in your life a gift that might just save their life 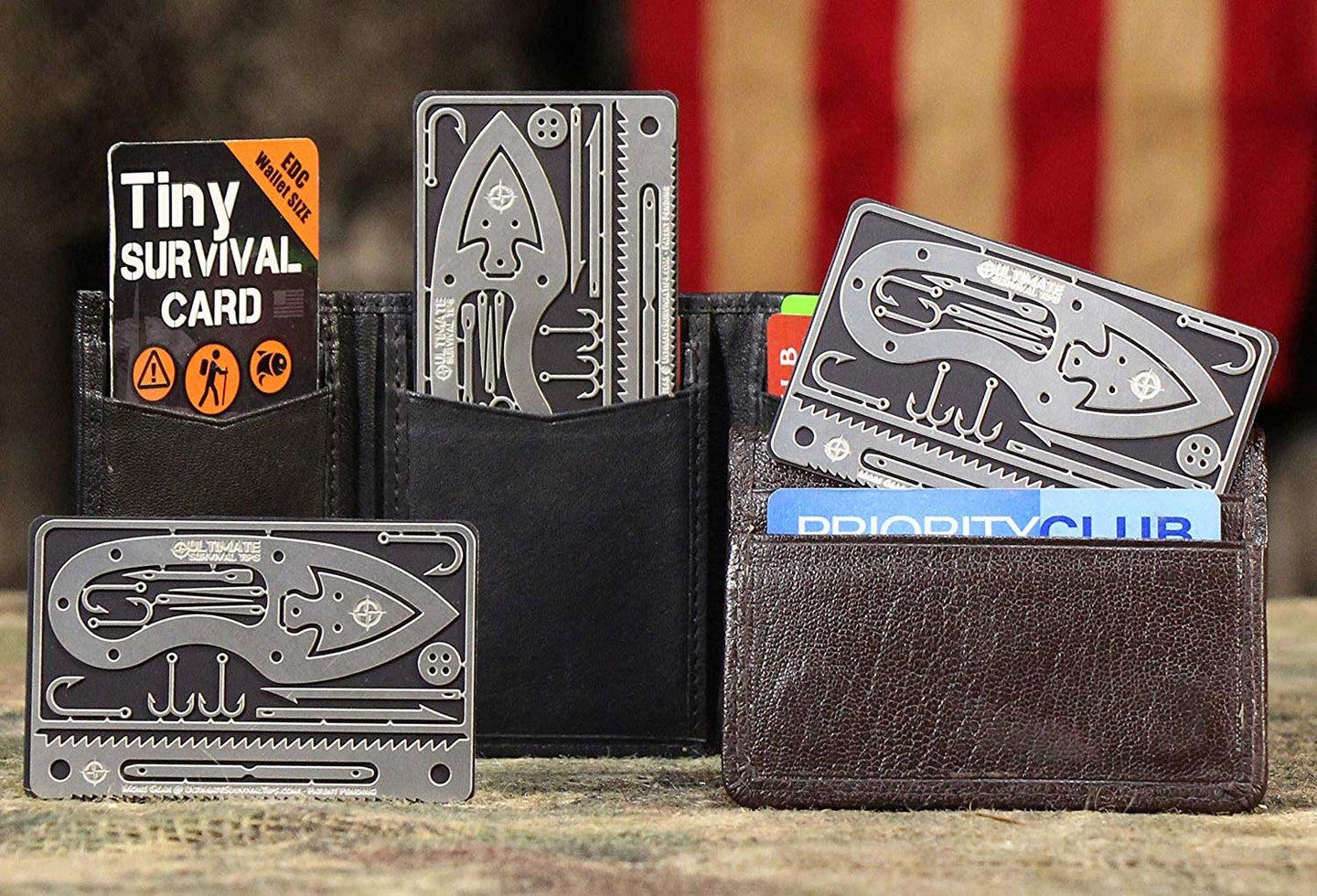 Nobody wants to endure a survival situation, but if and when an emergency arises, it helps to have gear you can rely on within easy reach. To help you find something any outdoorsman or outdoorswomen would gladly carry in their packs, here are a few suggestions that won’t blow your entire holiday shopping budget.

Whether it’s a feature on a handheld GPS, or simply a location beacon someone can trigger in an emergency, the ability to communicate with the world via satellite from the backcountry has saved lives and given loved ones piece of mind knowing all is well in the backcountry before turning in for the night. However, composing messages on a device is an arduous task of sifting through alphabet letters to create words. That’s not the case with the Bivystick. Rather than scroll over characters on a small screen, the Bivystick provides a link between your smartphone and satellites. Connected via Bluetooth, someone can send and receive texts just like they would through a cell tower, and because it also acts as a beacon and can relay its location every 10 minutes, people at home can track progress on a map. There’s even the ability to receive three- or seven-day weather forecasts based on the device’s location. Bivystick works with both iOS and Android phones and even features a charge port in case your phone battery needs a boost.

The best way to overcome a survival situation is to be prepared for anything, which when it comes to gear, sometimes means having backups for your backups. If there is something specific that is lightweight and easy to pack, I’m a fan of bringing one or two extras. That’s why anytime I’m heading out for a serious trek, I bring at least two BioLite headlamps. Each rechargeable unit can illuminate the night for up to 40 hours on the low setting, the headband is a moisture-wicking fabric that doesn’t slide around on a sweaty forehead, and the LED bulbs put out 330 lumens of light. But the best part is the bands way next to nothing and you can fit several in just about any small pocket on a pack. I’ve had brighter flashlights and headlamps fail me (or one of my companions) on more than one occasion, so I always make sure I have a few charged lamps around. Moreover, at $50 or less each, a BioLite makes a great stocking stuffer or secret Santa mystery gift.

One of my favorite gifts I received as a child was a survival knife replete with a hallow handle containing all sorts of supposed “survival” implements like waterproof matches, fishing line and hooks, and a wire saw. I was too young to know (or care) about the quality of the blade, the weak handle, or the fact the compass in the cap never worked. With it sheathed on my hip, I was Rambo and ready to take on any trouble a pre-teen suburban green beret like myself could find. Now that I have kids, I want to foster their sense of adventure and imagination the same way my folks did, but sans the cheap Bowie-styled blade. If you’re in the same boat, a Tiny Survival Card is just what Colonel Trautman ordered. About the size of a credit card and made from stainless steel, one can easily slide inside a Velcro Superman wallet, or into the side pocket of a pack. In a pinch, you can detach a host of tools and implements designed to improve your situation. There’s a makeshift knife, fishhooks, sewing needles, a broadhead, saw blades, and even a spare shirt button. It may seem like a novelty, but don’t be surprised how well it works when you need it.

Paracord is simply just one of those items anyone heading into the outdoors should have somewhere in their pack or on their person. Not only is it strong for its diameter (its nickname is 550 cord because of its test strength), it’s easy to work with, great for tying knots, and lightweight—you can carry 100 yards mixed in with the rest of your gear and not even know it’s there. What’s more, people are still coming up with new uses for the material, like including a flammable core so in a pinch, you can unravel the braid and have instant access to fire starter. But likely some of the most creative ways to package paracord are the dozens of bracelets and chachkies you can attach to your arm or pack. Some include a compass, a knife, or a flint for starting fires. Undo the woven band and you have several yards of strong paracord at your disposal. The great thing is most paracord trinkets are inexpensive and make great stocking stuffers, especially for kids who let their imaginations run knowing they have a compass and fire starter on their wrist.

While the phrase “be prepared” can mean several things to a lot of people, I interpret it as anticipating the worst situations and being ready, mentally and physically, to face anything. That’s why I like to throw one or more Life Bivy survival bags in my pack and roadside emergency kit. The sacks weigh next to nothing (4.1 ounces), but are made from amazingly resilient material that keeps out rain, snow, and wind while reflecting back 90 percent of your body head inside to keep you warm. The great thing about Life Bivy is you can also use the bag to create a shelter, it includes a survival whistle, and you can use the 550-lb paracord cinch straps to repair gear or start a fire.

No survival gift guide would be complete without a nod to LifeStraw. Since its inception, The LifeStraw has been touted as one of the best ways to filter water should you find yourself in an emergency situation. While everyone hopes to never find themselves in such a position, this little tube weighs just two ounces, is 9-inches long, is made from BPA-free materials, and can filter out 99.9 percent of the waterborne parasites and bacteria that can cause illness. They’re so light and easy to store, I keep one in my pack and one in each of my kids’ packs, just in case. Truth be told, LifeStraws make great stocking stuffers, and after testing our bathroom sinks (because mom said we couldn’t test it with toilet water), they can’t wait to use them in a real situation, though I pray they never have to.

If someone you know isn’t the type of person to drink filter water straight from a source, or they simply prefer a more robust filtration system, the MSR TrailShot is a winner. This pocket-sized device also filters out 99.9 percent of the microscopic nastiness that turns stomachs inside out, and because it weighs a mere five ounces and packs down to the size of a baseball, it’s easy to fit in a pack. When it’s time to hydrate, simply drop the hose into a source and repeatedly squeeze the bubble-shaped handle to either pump H2O directly into your mouth or a refillable canteen. Don’t let the TrailShots small size fool you. It can pump on liter a minute and the filter does its job up for to 2,000 liters.

Next to a heat source and drinkable water, a reliable shelter is paramount to just about every survival situation. In a pinch, you can build a temporary, improvised home using natural materials or possibly even man-made items you happen to find. But thanks to modern materials and some forward-thinking designers, pack tents are lightweight, easy to carry, and able to withstand all sorts of nasty elements. The Maxfield 2-person tent weighs just over 4 pounds and only takes a few minutes to set up. Aside from having a large sleeping area, the rainfly covers the entire tent all the way to the ground (which is the best way to keep moisture out) and stretches over the door to create a small vestibule for boots or backpacks. Inside there are storage pockets and openings for ventilation. All in all, it’s a great option for someone that wants to keep an emergency shelter in their truck, or a backup in a backpack should sleeping completely under the stars not be an option.