When Suzan Marciano pounced on the attacking reptile, the gator released the pooch and bit her in the hand 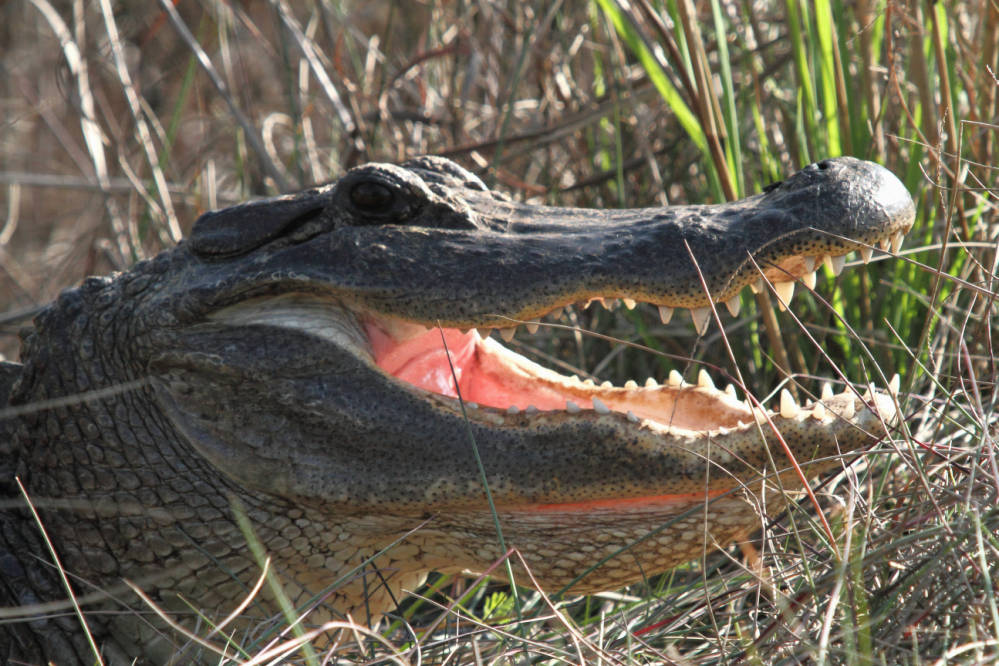 This is the kind of story that makes you think: Only in Florida. Suzan Marciano, 74, was walking her golden retriever mix Nalu near a lake at Burt Aaronson Park, which is just outside of Boca Raton, when a 6-foot-plus alligator attacked the dog. When Marciano spotted the dark shadow along the lake’s edge, the gator already had Nalu gripped tightly between its toothy jaws.

“My heart dropped,” Marciano told The Palm Beach Post. “I wasn’t thinking. I did the only thing I could do. I came down on the alligator with all my weight.”

The gator released Nalu—then turned on Marciano and chomped down on her hand. Fortunately, the alligator let up and the woman and dog fled away from the water. Marciano, whose hand was oozing blood, called a friend to tell her what happened. Her friend convinced her to go to a hospital for medical care. She received five stitches. Then Marciano brought Nalu, who suffered severe puncture wounds in the stomach and thigh, to the nearest animal emergency clinic. The dog went into a surgery that lasted two hours and was stitched up.

“I had this feeling that she was going to survive,” Marciano said. “If she survived [the attack], she can survive the surgery.”

For a while, the duo went on short neighborhood walks and avoided the lake where the attack took place. It was painful just to think about what had happened.

Read Next: Black Bear with a Broken Jaw Traps Colorado Family Inside House for 45 Minutes

“Every couple of hours, I was breaking into tears for no apparent reason,” Marciano said. “I was still seeing the shadow with two eyes looking up from out of the water. That image kept coming back to me.”

The incident was reported to the Florida Fish and Wildlife Commission (FWC). An FWC officer and a park ranger searched the area but did not observe any alligators. The incident was then referred to the agency’s Statewide Nuisance Alligator Program, which uses contracted trappers to remove gators that pose a threat to people. As for Marciano and Nalu? They returned to the lake for their usual dog walks after a couple of weeks of physical and emotional recovery.