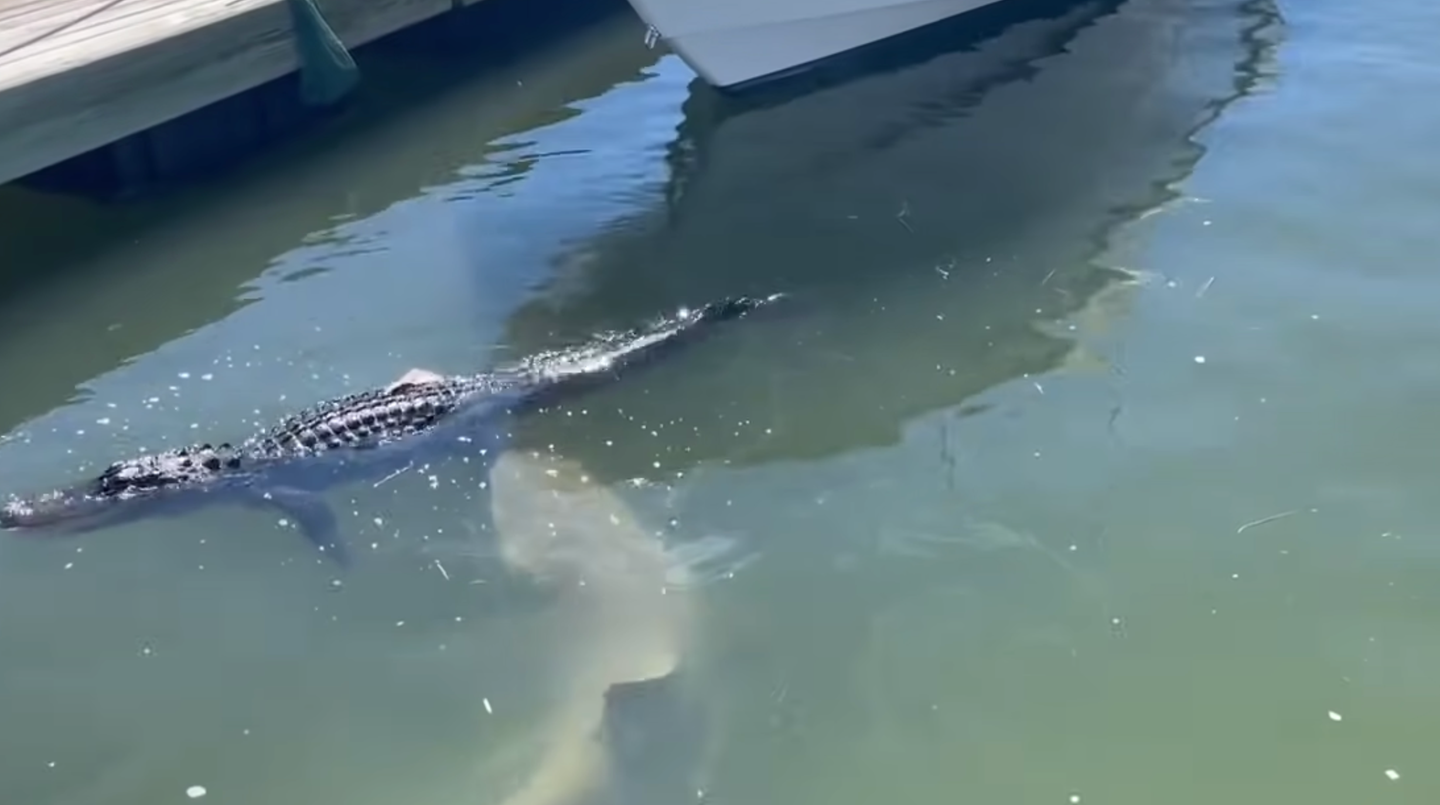 You wouldn’t want to take a dip in the water at this dock in Hilton Head Island, South Carolina. Two of the world’s most dangerous apex predators were recorded swimming near each other on October 7—a huge shark and an alligator. When he saw the two beasts in close proximity, Cory Conlin pulled out his phone and started recording. And it’s a good thing he did. Conlon and the other onlookers at the dock were in for a bit of action. As the alligator floated to the surface of the water, the shark circled it several times and then chomped down on one of its legs. The gator thrashed and turned toward the shark, which stopped biting the gator and continued swimming in circles.

“I was surprised to see this, so I filmed it with my phone to show family and friends,” Conlon told Storyful.

It’s not clear what species of shark is shown in the video. There is a well-known great white shark population in the Hilton Head Island area and local Captain Chip Michalove, who catches and tags sharks for scientific research, recorded an epic great white shark feeding frenzy earlier in 2021. Regardless of the species, the shark in the most recent video seems hungry—but the alligator wasn’t going to let the shark make a an easy meal out of it without protecting itself.