Take an NRA Self-Defense Course, or Else

The laws of self-defense are varied and always changing. Make sure you know them 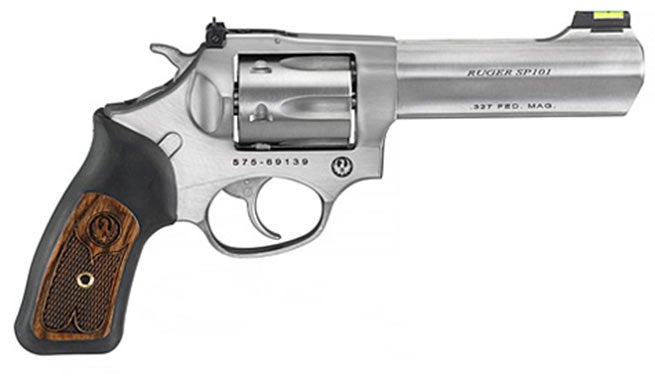 The hottest selling guns right now are small self-defense pistols. This is fine. If a meth head kicks in your door at 3 am, he’s not going to take a time out until the police arrive, so your life may be in your hands, and you’d best have something with which to save it.

But then there is the law. A retired gunsmith I know used to ask customers who had just a purchased pistol for protection, “Now that you’ve got the gun, what’s the name of the lawyer who’s going to defend you if you use it?”

The laws of self-defense vary hugely from state to state, are complex, constantly changing, often unclear, and you must act on them in an instant, under enormous pressure, and while you are in fear for your life.

It behooves you, then, to take a class on the laws of gun ownership and self-defense. The courses to which I’m referring are given at gun clubs and shooting ranges, and the ones you want are given under the auspices of the NRA. They’re taught either by a law-enforcement officer or by a lawyer because it’s better if your instructor knows what he’s talking about.

I took my first one in the 1980s. It was given by a sheriff’s deputy, and the point he made constantly was, there’s no good outcome from a self-defense shooting. You’re not going to get a laurel wreath and a hearty handshake. What you will get is arrested and charged with murder, sued if the guy you shot lives, have your name smeared by the papers, and get a lawyer’s fee that will render you bankrupt. That’s if you’re found innocent. If you’re found guilty on any of the numerous charges that are possible, you’ll go to prison. And if you lose the fight you’ll be dead.

Some of this can be avoided by knowing what the law is. The course I took two weeks ago was taught by an attorney who is also a handgun instructor and the holder of a carry permit. He was not a pain-in-the-ass lawyer, but was able to poke fun at himself and his horrible profession. The class was broken down into the laws covering buying, selling, storage, transportation, and use in self-defense.

I will not weary you with the details, but here’s an example of the sort of finer points that come into play: Maine, where I took the course, is a Castle Doctrine state, but this doesn’t mean you’re free to blast away in your garage, or a walkway, or a barn, or a toolshed. It has to be in the part of the house where you actually reside. Moreover, if you blow away some jerk who’s merely trying to steal your television and has made no threats against your life, you’re in big trouble.

You have to be able to demonstrate, when the prosecutor goes to work on you, that the guy you shot had:

Some other points I took from the class:

If you have a concealed-carry permit, that means don’t go waving your gun around in public. Concealed means concealed.

If a yahoo tells you to hand over your wallet, hand it over. Defense of property is not a cause for shooting. If you pull your gun and tell him to try and take your wallet, and he tries, and you shoot him, you will get to wear an orange jumpsuit for the next two decades or so.

Finally, police officers hate surprises, especially if they involve firearms. Keep this in mind if you’re pulled over and carrying.

As I said, these classes are not a lot of laughs. But they can save you a life-changing amount of trouble.