When you take kids hunting, you never know which day you’re making the memory that stays with them. My younger... 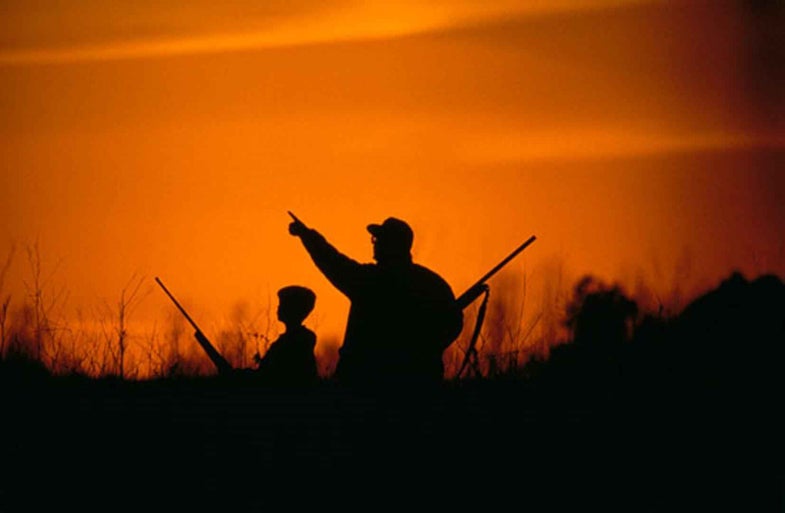 When you take kids hunting, you never know which day you’re making the memory that stays with them. My younger son graduated from college this spring and moved out last week to start his adult life far from here. The night before he left, my wife was asking him about favorite growing-up memories. Favorite family vacation, favorite high school dance, and so on. Then she asked: “What’s your favorite hunting memory with Dad?”

John has been on some really good hunts with me over the years. I remember his first deer hunt, a warm September afternoon when three bucks came by at 30 yards. The two little ones were bouncing around and sparring while the big one watched. He whispered: “Which one do I shoot?” I said, “The one standing still.”

We hunted the youth turkey season when he was in seventh grade. About five minutes after we sat down and started calling he said “I see a turkey!” I thought he meant a turkey out in the distance somewhere.

I looked left and a gobbler was running toward us as fast as a turkey could run. I had rehearsed a bunch of advice in case we got a chance but there was only time to say: “Take your safety off.” The turkey had long, sharp spurs and weighed 25 pounds.

His first duck was a drake pintail, and, more recently, he’s been on some great field hunts for geese and ducks and some good days chasing pheasants and shooting doves, so I wondered which of those memories he would choose.

“I remember once when you had shot a bunch of ducks and took me back to that place the next day. We took the sneakboat. It was cold, and for some reason you made tea instead of coffee, and it wasn’t very hot. The ducks didn’t show up. We didn’t kill anything. We didn’t even shoot.”

“That’s it? That’s the hunt you remember?” I asked. I had forgotten about it completely. “Was that the one where I let you shoot a decoy because it was so slow?” “No, it was another time. We got really cold and drank tea and then went home.”

“And that’s your happiest memory?”

“It’s one that really stands out,” he said. “Looking back on it, I think it is my happiest memory.”

“What about all the times we shot stuff?”

“Those were great,” he said, “but this is the one I remember.”

When I think back to times fishing with my dad—I didn’t hunt when I was young—the one that comes back to me is the time we went saltwater fishing on vacation, and minutes after we started I made an impossible rat’s nest out of the line. We spent the rest of the outing untangling it.

Taking kids hunting and fishing isn’t so much about what you shoot or catch, it’s about time spent together.