C.J. Chivers delivers a bitter dose of truth about the wars in Afghanistan and Iraq 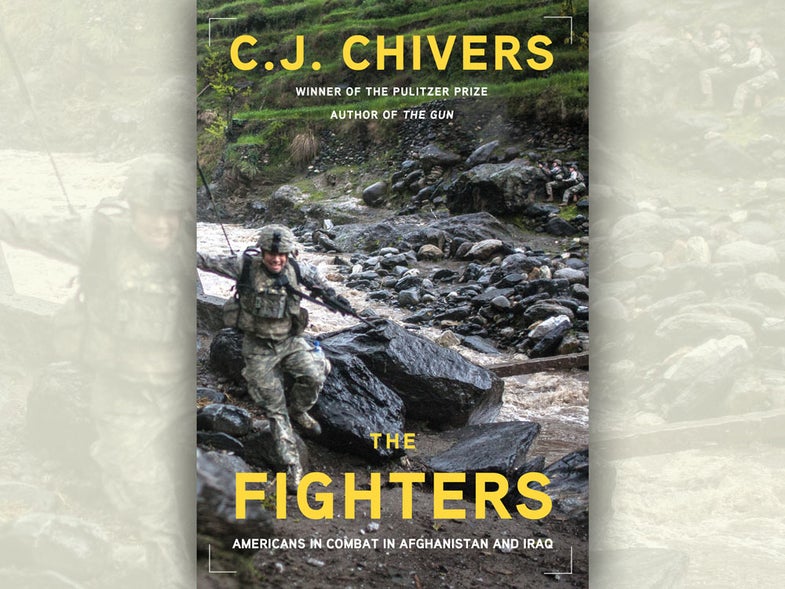 The best books about war are invariably written by men who have fought them*, not historians or reporters, and certainly not generals and admirals. If you were to make a greatest-books list, from World War II up to the present, you’d see that their authors are all combat veterans and that they ranged in rank from private to captain. These former soldiers and Marines understood combat in their very bones. They operated the weapons, and called in the fires, and issued the orders that sent men to their deaths, and watched their friends die.

Which brings us to the newest book on the “best” roster. The Fighters is the work of C.J. Chivers, who is a senior writer for The New York Times. Chivers won a Pulitzer Prize in 2017 for feature writing. He is the author of The Gun, which is now, and forever will be, the definitive history of the Kalashnikov. But most important, he was a Marine infantry officer, a captain, and served in the Persian Gulf War. He sees and understands things about combat that civilians assigned to cover wars don’t.

When I asked Chris what he had attempted to do in The Fighters, he answered: “I set out to chronicle the long arc and human experience of combat for American troops since 2001, and in a way that bridged the very large gap between official statements and what the wars in Afghanistan and Iraq really have been.”

Beginning in 2001, Chivers follows six combatants before, during, and after their service. They are an Air Force fighter pilot, a Navy corpsman, an Army helicopter pilot, an Army infantryman, a Marine infantry officer, and a Special Forces Sergeant. It does not make for happy reading. In a time notable for its lack of truth, Chivers’s reporting constitutes a very large dose of truth, and it is a bitter dose to swallow.

A World War II Marine veteran, in talking about “realistic” war movies, said that there is no such thing. You can’t get an accurate sense of what a battlefield is like, he claimed, unless you can smell it—a combination of gunpowder smoke, blood, decaying bodies, diesel, gasoline, garbage, and sh*t.

No one can do that with a book, not yet, anyway. But short of the olfactory horrors, The Fighters is about as accurate a depiction of combat in the Sandbox as we are going to see in our lifetimes.

* The exception to this is Michael Herr’s Dispatches, which is still the best non-fiction book about what it was like to fight in Vietnam. Herr was as much of a civilian as it was possible to be. (He was accredited by Esquire Magazine.) And he was no expert on warfare at any level. But the book he produced, at the price of a nervous breakdown, is unlike anything else.