Three Questions To Ask Yourself When Buying Splatter Targets

Splatter targets make it easier to see where your shots hit, and that makes shooting more fun. 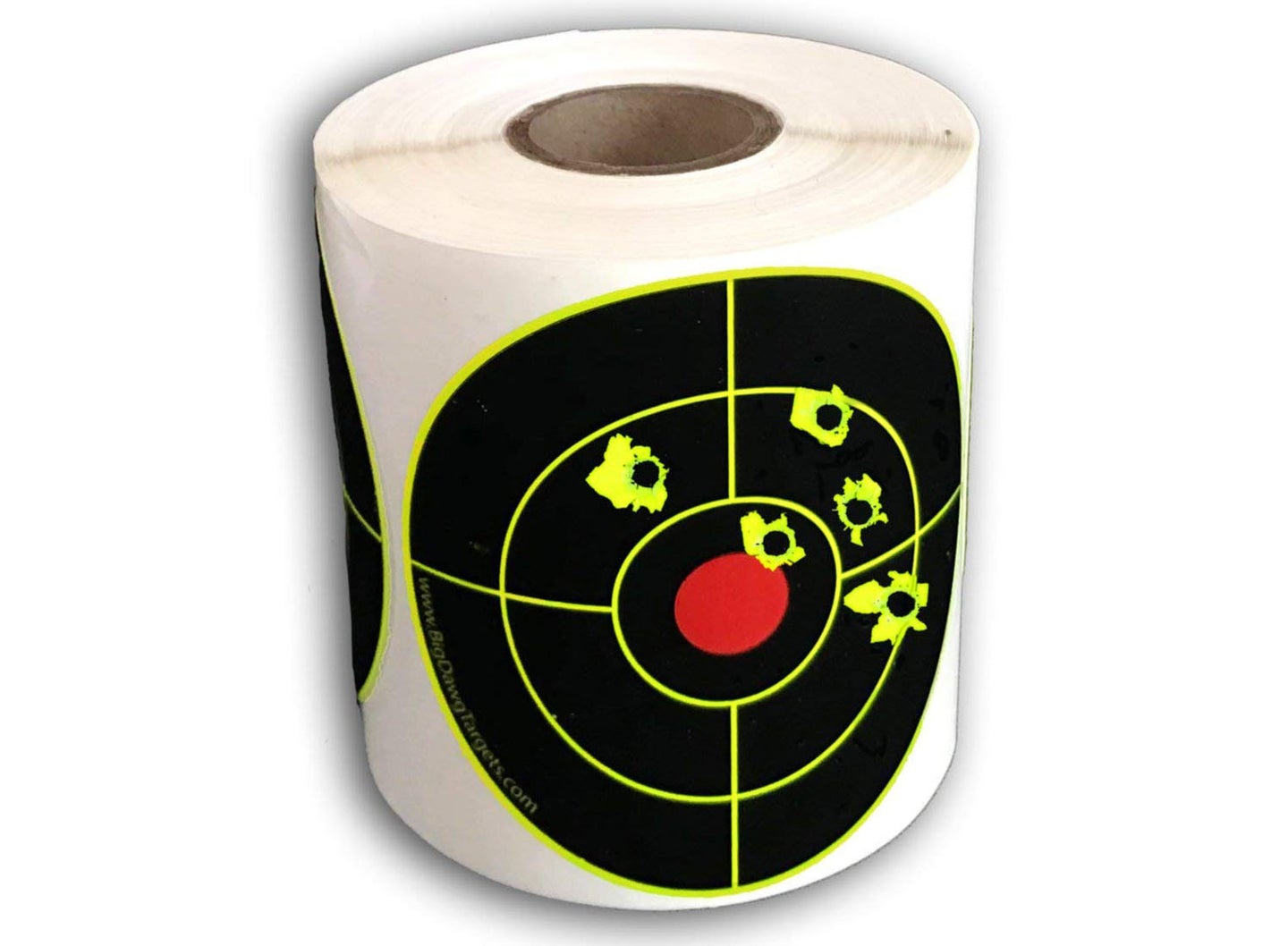 Splatter targets—those targets that leave a bright ring around where your bullet impacted—make shooting more fun. They also make determining where your bullet hit much easier, even at very long distances. With lots of companies now making splatter targets, shooters have many decisions to make when determining which target is best for their next shooting foray. To make a good selection, ask yourself three questions—how big of target you need, what configuration you want on the shooting surface and how you will hang the target.

These 3-inch adhesive splatter targets come in a roll of 250. Big Dawg Targets

These 3-inch adhesive splatter targets come in a roll of 250. Big Dawg Targets

The size of target you need will depend on several factors. If you’re shooting pistols, which generally aren’t as accurate as rifles, you’ll probably need a bigger target. If you’re shooting at very short distances, you can probably successfully use a smaller target than if you are shooting at long distances. Shooters trying to hit their target multiple times very quickly sometimes need a big target, while those who take their time and gently squeeze off each shot can get by with a smaller one. Since hitting the target makes shooting more fun, a big target is usually better than a small one for average pistol and rifle shooters.

Configuration in this case means what appears on the face of the target. Some targets are round with a round bullseye, some are square with square aiming points, some are shaped like animals, some are shaped like a human torso and head. Some depict bad guys pointing guns at you, with aiming points located in the spots where you would shoot to stop an attack, while some are even designed as games where you score points by hitting specified spots. Pick whatever suits your fancy at the moment. And remember, it’s always more fun to have an assortment since you never know what your shooting partners might prefer.

Most splatter targets come with adhesive on the back for easy hanging. But some do not, and that can be a real bummer when you get to the range and discover that fact. Check to make sure the package says that the target you are considering is a stick-on. Non-adhesive targets will serve you fine, however, if you carry a stapler, masking tape or some other means of attaching the target to the target stand.