Some reels are better than others for the type of fishing you’ll be doing. 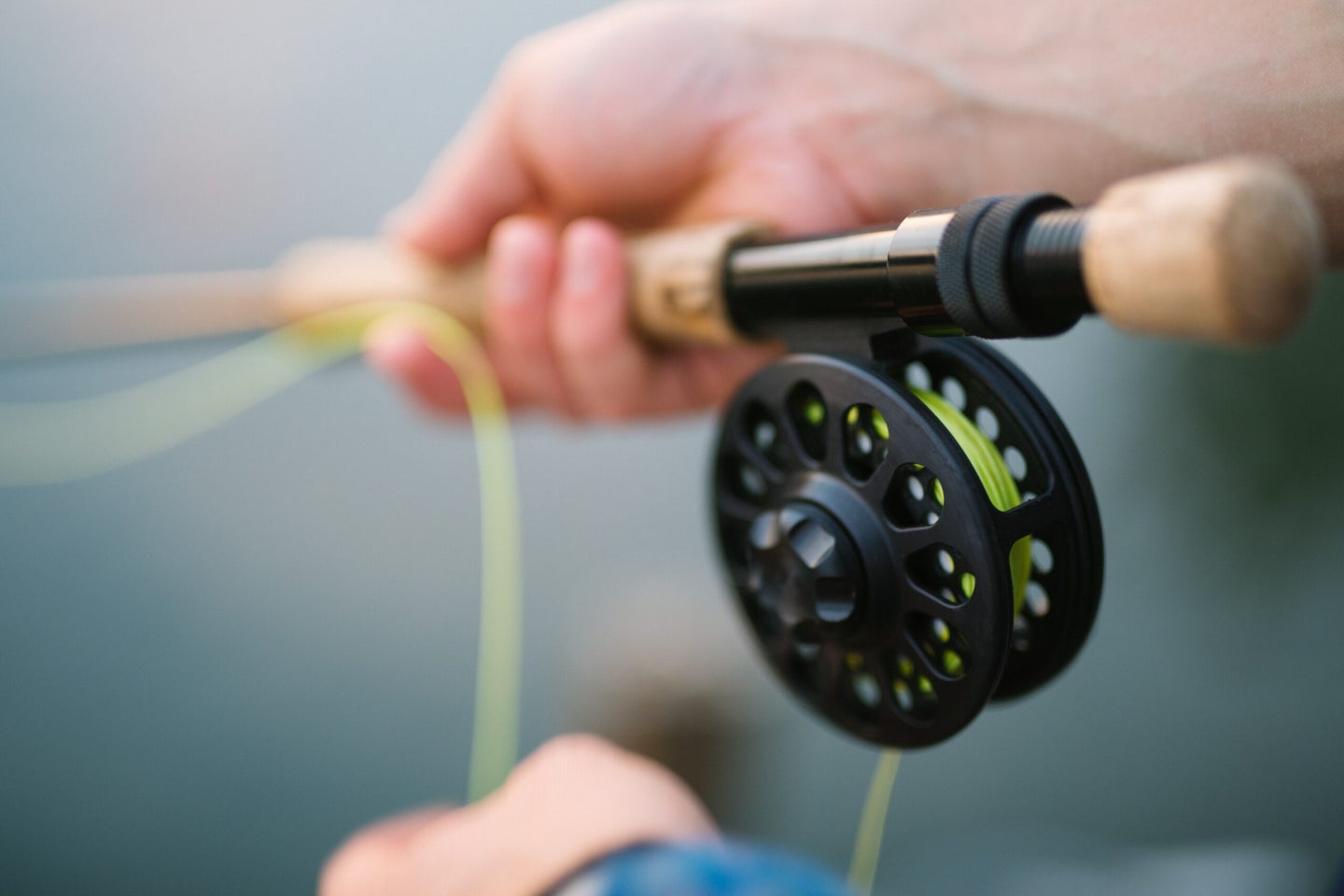 Humans have been practicing what we now call flyfishing since the times of the Roman Empire. The gear has evolved quite a bit over the centuries, but one thing hasn’t changed—the primal connection flyfishing establishes between an angler and a fish. The surges, tugs, and turns are telegraphed up your fly line, through the rod and down to your hands. You feel the wild power of the fish, a reward (which can be addicting!) for having fooled it into taking your fly. At the same time, the line and the long rod absorb some of the energy of a fish’s runs and pulls, tiring it and allowing you to bring it in.

The fly reel does more than simply store fly line out of the way. It can help tame a fish too. In some cases, you need a fly reel with a strong, smooth drag so that a fish can make long, powerful runs without breaking the leader. In other situations, though, you don’t need a reel capable of applying a lot of pressure on a fish. In fact, sometimes the best fly reel is one that doesn’t apply much pressure at all. It all depends on what you’re fishing for and where.

Here are a few quick tips that can help you choose a fly feel:

1. For smaller fish such as stream trout and when using a light leader, a click-and-pawl fly reel is a good choice.

Redington’s Zero fly reel has a click-and-pawl drag system and is light for its size, making for easy casting. Redington

These reels have drag systems that consist of a small curved metal lever that engages the teeth of a cog when line is pulled off of the reel, turning the spool backwards. This provides a low but steady amount of pressure on the line, but typically not enough so that a lunging fish will break a light leader. These reels also produce the classic buzzing sound when a fish makes a long run and takes out line—music to an angler’s ears!

A click-and-pawl reel can also work just fine for bigger fish hooked on heavier leaders. You simply need to apply some light pressure with your non-rod hand to the side of the spool as it spins. “Palming the reel” while holding the rod near-vertical is a classic method of slowing a running fish, and when done properly, is very effective.

2. For large fish such as northern pike and river trout and when using a heavy leader, go with a disc-drag fly reel.

While palming the spool of a click-and-pawl reel will certainly slow down a fish, it’s not always easy to execute. The fish could snap the leader if you apply too much pressure, or take out a lot of line if you don’t apply enough. That can also make for a prolonged fight, which can tire a fish out to the point where its survival may be in question if you plan to release it.

A disc-drag fly reel operates by pressing together two discs of different material (such as steel and cork) when the reel spool turns backward. That provides smooth and constant pressure on a fish so that you can fight it without having to palm the spool. You can also adjust the amount of pressure on a disc-drag reel by turning a knob, so you can use one for different sizes and species of fish.

A sealed disc drag is the highlight of the Piscifun Crest fly reel, which is designed for use in saltwater. Piscifun

Saltwater is corrosive and can ruin tackle if it’s not thoroughly rinsed soon after use. Additionally, sand particles are often suspended in salt water, which can cause wear and jam moving parts. Saltwater fly feels are made of corrosion-resistant components and are built to prevent water from intruding into critical areas, such as the drag system.