Tips on How to Correct Gun-Safety Mistakes in the Field

It’s embarrassing to be called out in the field, but part of making sure hunting stays safe is to call out poor gun handling 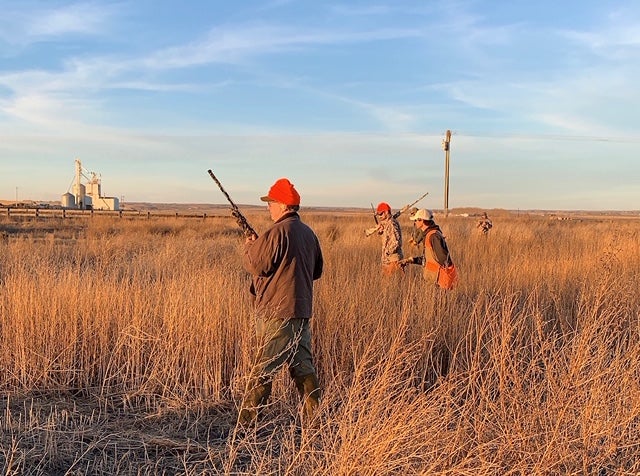 The man who nearly shot me at a range of 20 yards while grouse hunting had the clueless gall to ask, “I didn’t pepper you did I?”

That he was a police officer who should have a basic understanding of how shotguns work made the situation even worse. We were in fairly open woods; I was in orange hat and vest, and I was looking right down his gun barrels. He pulled the trigger anyway.

“At that range you would have taken my head off,” I replied more mildly than I wanted to. We were three hours from home and he was my ride. What could I do? Punch him in the nose and hitchhike back? I stayed on my toes for the rest of the afternoon and never hunted with him again.

Part of making sure hunting stays safe is pointing out dangerous gun handling. It’s hard to do without hurting feelings, because it’s embarrassing to be called out. I’ve done it badly, and I’ve done it better. There was the time someone standing a step or two behind me set off both barrels of an o/u a few inches from my ear while pheasant hunting. Even though I was wearing earplugs, it was startling and painful enough that I fell to me knees and got up yelling that he could never do that to anybody again.

I don’t know if I made my point or not, because even though I apologized later for losing it, he stopped returning my calls and e-mails.

On a charity hunt once, our party wound up surrounding a patch of cover—honestly, it was a situation the guide shouldn’t have permitted—and a rooster flushed and flew right at me. I had a clear shot with no one behind the bird, but as I was raising my gun, another hunter across from me killed it. The bird fell practically at my feet. I waited until I had a chance to talk to him alone and said, “That shot was a little close to me.” He looked horror-stricken. In his mind, I guess, he hadn’t done anything wrong.

“You’re a nice guy,” I said, “If I didn’t like you, I wouldn’t have said anything and I’d have just avoided you for the rest of the hunt. I didn’t want to do that.” That was better than yelling.

Most recently, I had the nerve to correct a conservation officer’s gun handling. She was a deer and squirrel hunter, not used to carrying a gun around dogs. I told her that holding her gun muzzle down in a snowy field risked plugging the muzzle and sweeping a dog when she mounted the gun. She took it very well, but after the hunt I apologized for correcting her gun handling for good measure.

She said there were no hard feelings and she appreciated the safety tip. And I believed her, but I’m staying out of her county this fall anyway.