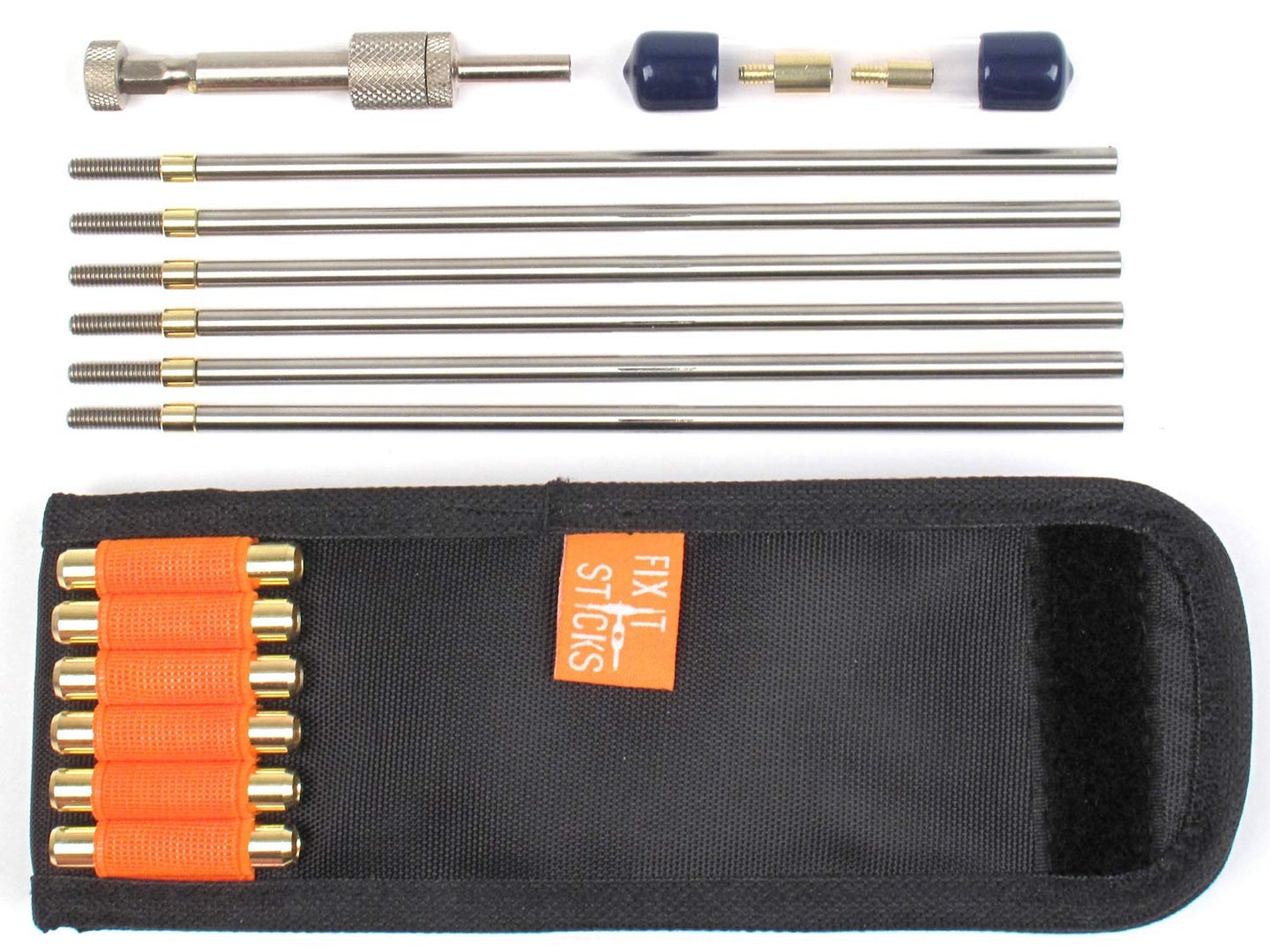 Multi-tools are not a new idea. They go back to Neanderthals and Cro-Magnons who, when they found a really nice piece of flint, would pre-shape it into something like a flat loaf of bread and carry it around with them. (This is now known as a lithic core. I have no idea what they called it at the time.) Then, when they needed a scraper, or an arrowhead, or a spear point, or something to gut with, they’d whack the lithic core and get a flake of the right shape and size. It was the first multi-tool.

A few years later, Victorinox invented the Swiss Champ folding knife, which has 33 functions, and without which I have never hunted in 40-some years. Then came the Leatherman tool, with which you can sharpen an axe, build a house, or construct a small thermonuclear device.

You may not use a multi-tool all the time, but eventually you’re going to employ everything on it and be damned glad you have it along. Serene in that knowledge, here are two new ones. One is a true multi-tool and the other has only two functions, but they are of the utmost importance.

This compact device contains four hollow-ground flat screwdriver blades that fit most popular pistol and revolver screws (which never seem to fit the screwdrivers you have on hand), a pin pusher for striker-fired pistols (which also doubles as a sight tool), a cleaning rod, hex and torx blades, and a 1911 barrel-bushing tool so that the recoil-spring cap will not hit you in the eye.

Back in the thrilling days of yesteryear, a company named Belding & Mull made takedown steel cleaning rods whose equal I have not seen until now. I bought a bunch of them at the time, and the most useful has turned out to be a six-section .22 rod which goes wherever I do. The .22 rod is extra-useful because it’s small enough to work in any bore, and also strong enough to punch out just about anything. I don’t use it for cleaning; you do that when you get home.

I do use it to punch out shells or cartridges that are stuck in the chamber, or clear bores that are plugged with mud, snow, ice, or dauber wasp nests. (These are not the chambers or bores of my guns, you understand, because I full-length size all my handloads and tape my muzzle if it so much as smells like rain.*)

Now, Fix It Sticks, of whom I have written, is making a six-piece, stainless-steel, .22 rod that is the full equal of my sainted B&M. At a little over $100, it’s not inexpensive, but the price is fair for a rod of this quality. It comes with .22 and .30 bore obstruction removal tips and will accept all the usual jags, slot tips, and brushes. It assembles to 44 inches, which is plenty long enough to knock out anything.

There are two things that can end a hunt for you: a busted scope and a plugged barrel. There are few sights more heartrending than some yahoo trying to bash out a truly stuck case** with a tree branch. You can do it for them; their gratitude will be touching. Get them to gut your deer by way of thanks.

* This is not entirely accurate. In Colorado, in 1992, I was hunting elk with an experimental lot of Winchester Fail-Safe bullets, 250-grain .338s. The new slugs were very long, and when I went to clear the chamber at the end of the day, I realized that the bullet ogive was stuck in the leade of the rifling. I did not succumb to panic. I left the bolt handle up, assembled my B&M rod, gave the tip of the Fail-Safe a tap, and out it popped. After that I didn’t chamber a round until there was a bull 25 yards uphill from us and it was time to shoot.

Winchester later lightened the weight of the .338 Fail-Safes to 230 grains and shortened it considerably. I’ve heard they were inaccurate, but I shot a lot of them in .338, and .308, and believe this is a crock of s–t. They were very good bullets, but very expensive to make, and were discontinued.

** Don’t count on your massive Mauser-style extractor to bail you out. The two worst jams I’ve ever seen involved a pre-64 Model 70 Winchester and a sporterized Model 98 Mauser.