Trail cams set up to document mountain lions in a Gardner, Kan., park captured plenty of wild scenes, but no... 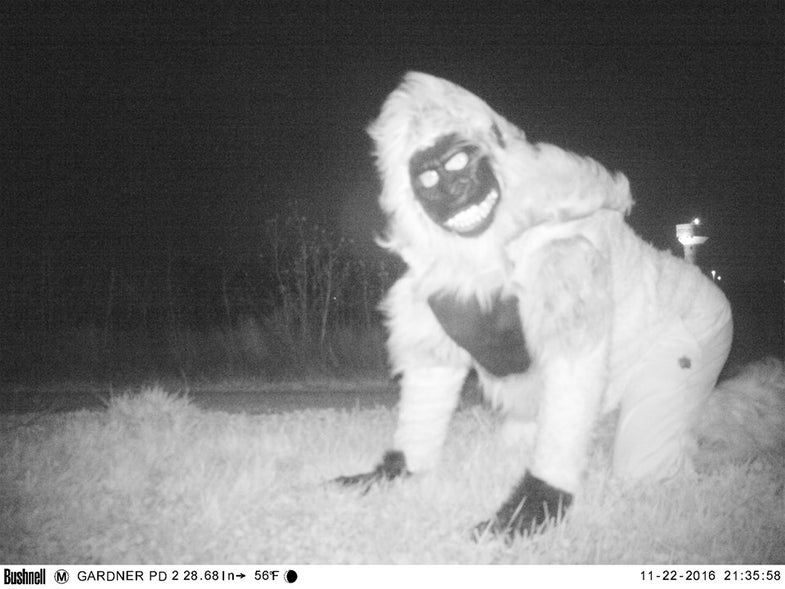 Pranksters posed for the trail cameras in animal suits, monster masks and even a Santa Claus costume.. Courtesy of the Gardner Police Department
SHARE

Trail cams set up to document mountain lions in a Gardner, Kan., park captured plenty of wild scenes, but no large cats.

The Associated Press reports that images collected by motion-activated cameras are of people disguised as animals, monsters, and Santa.

According to The Kansas City Star, on Monday police released images from the 83-acre park. Though no real cougars made an appearance, (the crowd with the costumes may have something to do with that) skunks and coyotes graced the lens when the pranksters weren’t hogging it.

“Thank you to the citizens who noticed the cameras,” the Gardner Police Department posted on its Facebook page. “Your effort and sense of humor are greatly appreciated.”

The trail cams were set up in November after mountain lion sightings were reported in the area, and the prank pictures happened in a series of shots over several nights.