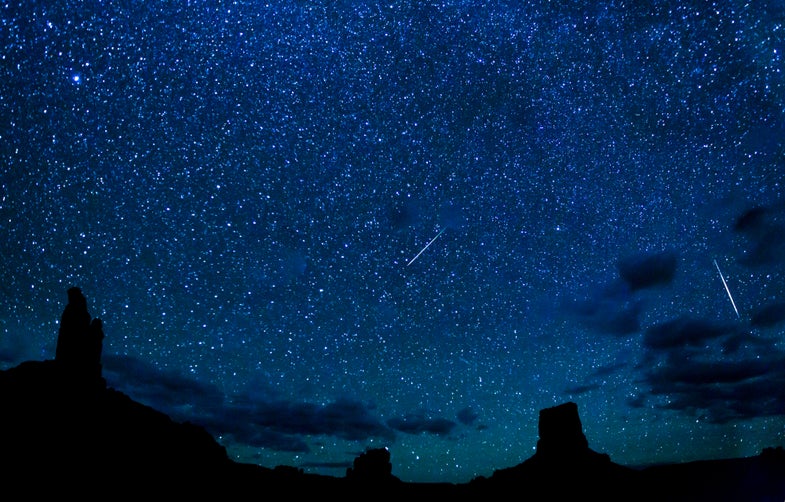 Today Donald Trump signed an executive order directing Secretary of the Interior Ryan Zinke to review 57 national monuments designated by previous administrations, with the intent of perhaps rescinding their protected status. The New York Times reports that no president has rolled back a previous administration’s national-monument designation, and sportsmen’s groups have been quick to condemn the move as an assault on the nation’s public lands.

Past presidents have used the Antiquities Act of 1906—signed into law by Theodore Roosevelt—to protect millions of acres of public land, much of it prime for hunting, fishing, and outdoor recreation, as national monuments. In a call with reporters, Secretary Zinke, who has supported keeping public land in federal control, clarified that the review would only include national monuments designated since 1996—a total of 57. A self-proclaimed “Teddy Roosevelt guy,” Zinke also said that his love for public lands would affect the review process. The Antiquities Act, he added, and the monuments it has established have provided the public with a great service. “I’m going to be looking into it and evaluating it on a legal basis,” he said. The review “restores the trust between local communities and Washington,” he added, and seeks to ensure Americans’ voices are heard.

In an email to Field & Stream, Backcountry Hunters and Anglers conservation director John Gale said that there is more to Trump’s decision to review monument designations than what’s plainly apparent. In short, there’s some politicking at play. Gale explained that sportsmen and public-land users would not try to prevent an objective review of the integrity of recent designations. But, he said, the executive order seems to be spurred by anti-public lands members of Congress in Utah. What’s more, he said, the announcement of the review “could create unintended consequences that jeopardize important fish and wildlife habitat on public lands and invite unproductive dialogues that distract us from enhancing management of our public lands and waters.”

Proponents of the review argue that recent presidents—namely Barack Obama, who set aside 553 million acres as national monuments—have abused the power afforded to them by the Antiquities Act. Obama’s designating of the Bears Ears National Monument, in particular, was seen as an intentional dig at Utah representative Rob Bishop, who has spearheaded the movement to transfer federal public lands to states—an effort largely opposed by sportsmen’s groups. At the time Obama made the designation, in December 2016, Bishop told NPR, “This is a political statement in a gotcha moment by a president as he’s leaving the White House to try and pay back whomever he thinks are special interest groups that are supporting him.” Trump’s review would, presumably, roll back contested monument designations the administration views as an abuse of power.

Joel Webster, Western lands director for the Theodore Roosevelt Conservation Partnership, acknowledged, in an email to Field & Stream, that some monuments, such as Bears Ears, are indeed controversial, given the political circumstances surrounding their designations. But, he noted, a number of the monuments under evaluation through Trump’s executive order were designated because of sportsmen support. “We ask that the review process be both open and transparent,” he said, “and that it honor a conservation legacy that was first created by Theodore Roosevelt.”

But a review of the 57 national monuments doesn’t mean the Trump administration will be able to change their designation easily. Mark Squillace, an expert in public-land and resource law, told the Times that the Antiquities Act, as written, does not grant presidential authority to alter or retract national monuments created by previous administrations. So, the Trump team may face a legal battle should it seek to undo a designation.

In January 2016, Donald Trump told Field & Stream that he opposes transferring lands to states. “I don’t like the idea because I want to keep the lands great, and you don’t know what the state is going to do,” he said. “I mean, are they going to sell if they get into a little bit of trouble?”

Likewise, yesterday, at an Outdoor Recreation Association press conference, Secretary Zinke told reporters, “I am adamantly opposed to the sale and transfer of public lands. And so is my boss.” But Trump’s executive order to review and perhaps rescind national-monument designations, as transfer proponents like Rob Bishop want, may suggest otherwise.