The Only Three Mouth Calls You Need to Master

From tree yelps to raspy cutts, these three classic mouth calls will make every turkey sound you’ll need this spring 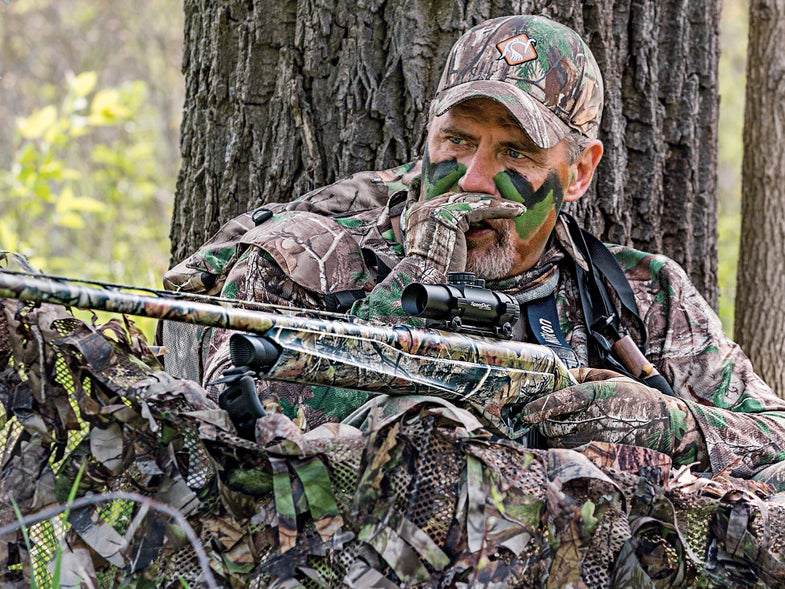 Talking It Up: A Michigan hunter works a bird with a diaphragm call.. Lance Krueger
SHARE

I’ve tried new mouth calls and known immediately that I’d never use them. Boom—10 bucks down the drain. But since health departments frown upon testing diaphragm calls before you buy them, how do you know what style you need? A mouth call’s sound comes from the reeds. In general, more reeds with more cuts mean more vibration, volume, and rasp. Just about every call maker has some version of these three classic designs. Master them all, and you can call any tom in the woods.

Two reeds of near equal length with subtle cuts on the corners or no cuts at all.

Pros: Because it requires minimal air pressure, this is the easiest call for new hunters to learn and control.

When to Use: I begin calling every morning with a double-reed. It’s perfect for soft tree yelps, clucks, purrs, and even the kee kee run. It’s also a late-season favorite, when gobblers shy away from aggressive yelps.

Available in double- and triple-reed ­versions; the top reed will have a split that looks like an inverted V.

Pros: This call requires only slightly more air pressure than a straight double, but the splits create far more volume and rasp.

Cons: Though it’ll work in a pinch for aggressive calling, too much air will make a split-V squeak.

When to Use: Aside from making a distant bird shock-gobble, there isn’t a wrong time to use a split-V. It’s an ideal all-around mouth call to use all season.

Read Next: The Six Best New Turkey Calls for 2016

These triple-reeds have an aggressive, unmistakable cut on the top reed for maximum vibration and volume.

Pros: For loud cutts and yelps, this is the go-to style.

Cons: Even a basic yelp requires fairly heavy air pressure. The top reed is prone to rolling over and sticking after it gets wet with heavy use.

When to Use: Shipwrecks are deadly in early season when winter flocks are busting up and vocal. They’re great for replicating loud—and overlooked—jake yelps.