Alaska’s Central Arctic caribou herd has declined in a hurry, with its population down by nearly 70 percent since 2010.... 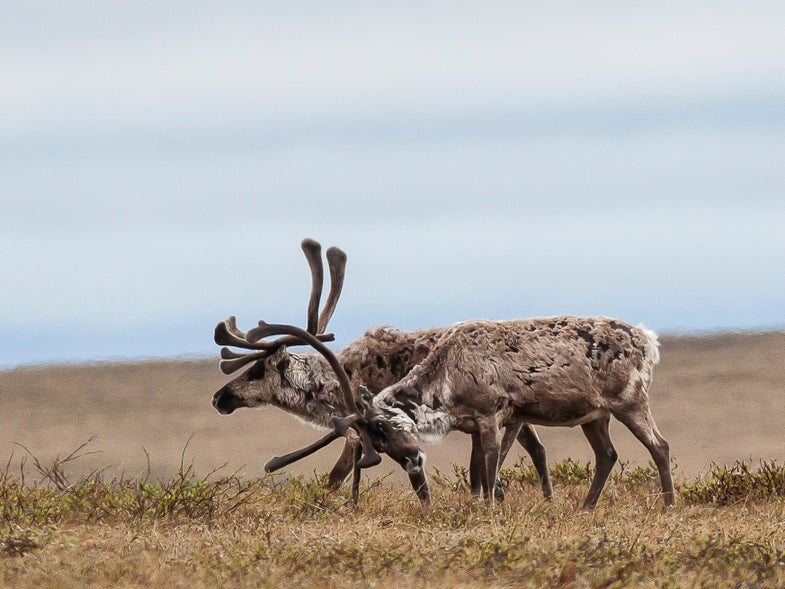 Alaska’s Central Arctic caribou herd has declined in a hurry, with its population down by nearly 70 percent since 2010.

The herd was 70,000 strong six years ago, but it has since dwindled to 22,000 animals. A press release recently issued by the Alaska Department of Fish and Game attributes high mortality rates among adult females as a major cause of the decline. Most of that loss happened in 2013 due to a late spring, it’s believed.

Officials also speculate that many caribou in the herd broke off and went with other herds after a period of post-calving and wintering together. The release notes that officials do not believe that hunting has played a part in the herd’s decline, since hunters account for a small percentage of caribou deaths.

Alaska’s largest herd, the Western Arctic herd, may also be in trouble, Alaska Dispatch News reports. It has dropped by about 60 percent in the past 13 years, going from just shy of 500,000 caribou to about 200,000 today.

Biologists say, however, that the herds fluctuate regularly and note that a caribou herd in Interior Alaska is growing. Also, there are signs that the Central Arctic herd had a good breeding year and that its calves are healthy.

Despite these signs and hunters’ nominal impact on the herd, state officials say that hunters in the unit of the Central Arctic herd can expect changes to bag limits and season lengths, since caribou are now below population objectives. These changes could go into effect as early as April 2017.