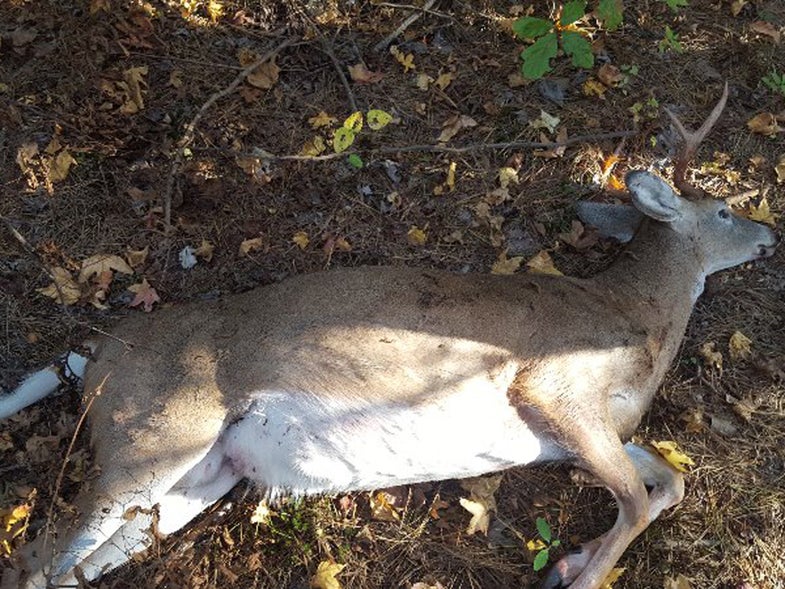 According to WJZ, Maryland Department of Natural Resources investigated the case for a year before charging the men. Investigators say that John Gallano IV, 20, and Christopher Johnson, 20, used a car, a spotlight, and a crossbow to take down eight deer—all in a single night.

“The most shocking part of this is the fact that all they did was dump the deer,” said Aaron Parker, Maryland Department of Natural Resources acting lieutenant.

The killing spree happened last October in Baltimore and Howard counties. The deer were discarded in nearby Anne Arundel County in a wooded neighborhood, where residents discovered the remains.

“I would have never thought the deer would be dumped back there. That’s crazy,” Ray Truelove, a neighbor, told WJZ. “…Just throwing them off in the woods, it’s not right.”