Survival, at the 2017 Shot Show, was very, very big. Why you’d want to survive was never spelled out, but... 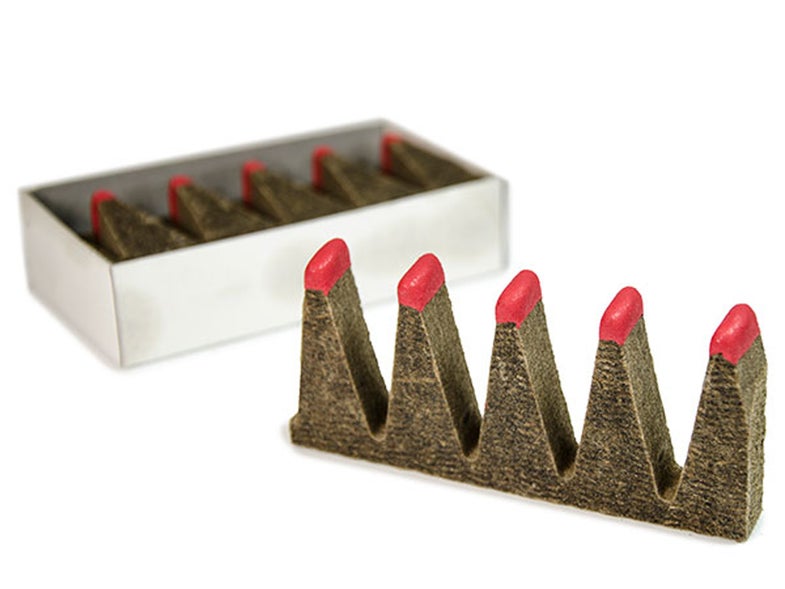 Survival, at the 2017 Shot Show, was very, very big. Why you’d want to survive was never spelled out, but there was no shortage of stuff designed to get you through the Wrath to Come. The problem is that very often, the Wrath to Come does not take the form of a nuclear exchange with North Korea, or currency collapse, or meteor strike, or any of the really dramatic stuff. Sometimes it takes the most mundane forms.

In Newfield, Maine, on February 3, a 34-year-old named John Sciaba, described as an experienced outdoorsman, was seen in the woods behind his house where he liked to camp overnight. He was not seen again. Shortly after the search for him began, a series of six heavy snowstorms set in, making it impossible for tracking dogs to track or for drones to go up in the air. When the snow finally stops, any traces of him will have been obliterated. It does not look good.

This brings us to fire. Very often, if you can start a fire, it will save you. Not only will you not freeze to death, but a fire can be seen for miles at night, and a deliberately smoky fire can get up through the tree canopy that a drone can’t see through.

Making a fire is much more difficult than you imagine, unless you’ve tried doing it. Watching The Revenant, I get a kick out Leo DiCaprio body-surfing 5 miles down a freezing Class 3 rapids, washing up on shore, giving a very small tinder ball a few whacks with the old flint and steel, and instantly creating a roaring blaze by which he can meditate on his chances for an Oscar. Granted, in real life, trappers and Native Americans were very good at starting fires*, but even so…

A more typical example is available at a club I belong to, which tests the skills of its members in a series of wilderness-skills events, one of which is called the Water Boil. You’re given a chunk of pine log, a pot with a quart of water, a hatchet that is purposely kept dull**, three strike-anywhere matches, a small stone on which to strike the matches, and 11 minutes*** in which to build a fire and bring the water to a rolling boil. You’re usually surrounded by club members who offer their opinions on your manual dexterity, chances of succeeding, technique, and manhood in general.

If you screw up in any phase, you flunk, amidst the joyful hoots, jeers, and catcalls of your pals. Some do flunk, and where they screw up most often is in getting the fire started. Strike-anywhere matches, you will conclude if you watch the Water Boil, are pretty sorry objects. If your little striking stone is wet, or even damp, they won’t ignite. They break. The heads snap off. The heads crumble. If the match does ignite, you get a pitiful flame that lasts maybe 10 seconds and blows out with ease.

One of the staples of woodcraft is to soak a bunch of kitchen matches in paraffin (or whatever burns), let them dry, and they will burn in any weather and save your ass. No thanks. Not on a bet.

Which brings us back to the SHOT Show. At the Industrial Revolution (importers of MoraKniv) booth they had a number of survival items, among which were two that I had not seen before, and look genuinely useful, conflagration-wise. The first is Titan matches, made by a company called UCO. The Titan is not just a waterproof match; it is a huge waterproof match. At over 4 inches long and four times thicker than a typical wood match, it is the blue whale of matches.

These things burn for up to 25 seconds with a nice, fat flame. While I was at the booth, someone asked how you put them out.

Titan matches are sold by Cabela’s and REI, among others. Twelve of them come in a waterproof container along with three striker strips, for $9.99. If you can’t get something burning with the whole dozen, maybe you shouldn’t be in the woods.

The other item is on the exotic side. It’s called Sweetfire, and is a fire starter made of a fibrous waste product called bagasse that comes from sugar cane. It’s soaked in vegetable-based wax and dried into triangles that are 2 inches high and an inch wide at the base. The tops of the triangles are dipped in an igniter, which you strike as you do a match. Twenty of the things come in a kitchen-match-sized box. Each of them burns for 7 minutes, which is a long time.

UCO, which manufactures it, points out that Sweetfire is environmentally friendly and makes good use of something that would otherwise be considered waste. A box is either $5.99 or $8.95, depending on who you believe, and you can get Sweetfire from Amazon and other pyromaniacal sources.

I like both these items a lot better than all the multitudinous flint and steel strikers, which I find easy to lose and hard to use, the one exception being the Blast Match. If you can’t use a Blast Match, there’s something wrong with you.

*On Life Below Zero, I’ve watched Glenn Villeneuve start a fire with a bow and drill he hacked out of a just-felled tree. He said that he long ago gave up his dependence on matches, and always starts fires this way, which is why he’s good at it. It’s one thing to use a bow and drill under ideal conditions, and quite another to do it in the snow, as he did. I’d like to shake his hand some day.

**The hatchet, which is used only for splitting wood, is kept dull because unfailingly, some person in their frenzy to beat the stopwatch will whack themselves in the hand, and while a sharp edge would amputate, a dull edge merely results in a very bad cut.

Years ago, a friend of mine nearly severed his thumb. The surgeon told him that the thumb could be reattached, but would never flex again, so what angle did he want it set at? “Just right to grip a 1911 pistol,” said my friend, and the surgeon, who was a shooter himself, gave him what he wanted.

***The record for the Water Boil is 3 minutes and change, which I find hard to believe, but the stopwatch doesn’t lie. Just getting the fire good and hot in 3 minutes is damned good work.