If You Want to Keep Bird Hunting, You Better Get in Shape

The older we get, the harder it gets to stay fit—so eat your spinach! 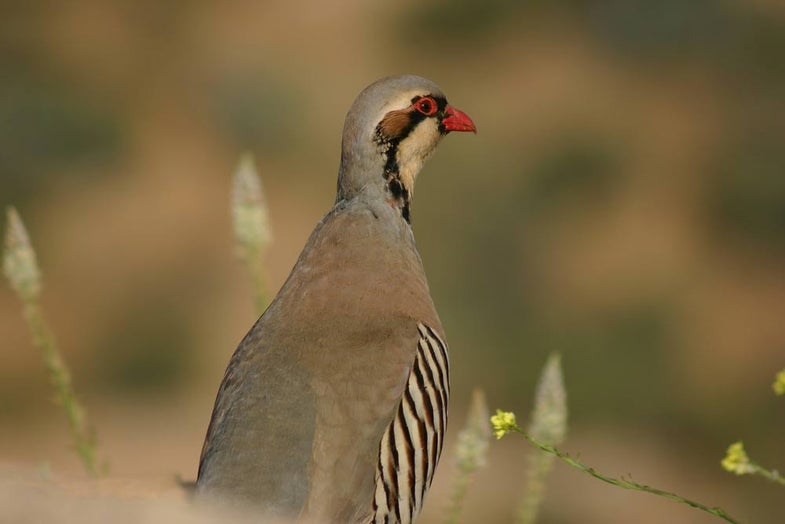 Chukars live in steep, rugged country, so you better be fit if you want to hunt them. Pixaby
SHARE

A few years ago I proposed a story to an editor who rejected it, telling me: “That’s spinach reading. It’s the kind of story people think they have to read because it’s good for them, not because they want to.”

Although he was, I think, wrong in that case (there is a small but rabid and growing audience for stories about managing property for wildlife) his point was well-taken. People don’t always want to read about what’s good for them. So, here’s a warning:

What follows is, literally, spinach reading, as in, eat your spinach.

It is no secret that the hunting population is aging. An outfitter in Nebraska told me he had to modify all his pit blinds because his clients couldn’t get in and out of them anymore. With bird hunting, it’s worse, because there are only two essential physical skills in upland hunting: you must be able to shoot, and you must be able to walk. And, it doesn’t matter how well you can shoot if you can’t get to the birds. That applies to any upland hunting, although it goes triple or quadruple if you hunt Mearn’s quail or chukars, which live in steep places. Even some flatland hunting can be tough if you’re busting a lot of brush.

If you are out of shape, or overweight, or too creaky to walk, you won’t get much enjoyment out of your bird hunting. That can be a problem at any age, but it gets worse as you get older. Part of being an upland hunter is staying in shape for it. That means getting regular exercise, and it also means realizing you can’t eat what you used to eat. Less weight means less stress on your joints and your heart.

Years ago, I met writer Nick Sisley for the first time. He had just celebrated his 60th birthday and we were hunting at a fancy lodge in Arkansas where the duck hunting was terrible. However, the owner had hired a chef away from one of the better restaurants in Memphis, so meals were a highlight. Not Nick’s meals, though. He had gone on a vegetarian diet. His dinners looked like leaves and a few twigs scattered on a plate, while our plates overflowed with sumptuous calories. Then there was dessert—OMG was there dessert—which Nick skipped. I felt bad for him. He took a different view. “The doctor told me if I wanted to keep following bird dogs, I have to lose 30 pounds,” he said. “It’s not so bad. He lets me eat a grouse a week.”

That was 20-plus years ago, and while I don’t know how much grouse hunting Nick does these days—he’s in his 80s now—he has kept the weight off, and he still writes, shoots, and makes his annual dove safaris to South America.

Having just passed a major birthday ending in zero, I am pleased to report that I can still see my toes and touch them, and I should have at least one more German shorthair in me before I have to retire to some slow and boring breed like a spinone Italiano.

Staying at bird hunting weight doesn’t get easier as you get older and your metabolism slows. It’s especially hard in the U.S., where everything is fried, supersized, or both. Me, I eat a lot more fruit, yogurt, and cottage cheese and a lot fewer fried eggs and hash browns these days, but the reward for that is a lot of wild game for dinner.