A new study published in Behavioral Ecology and Sociobiology reveals that fish urinate to communicate aggression to other fish. As... 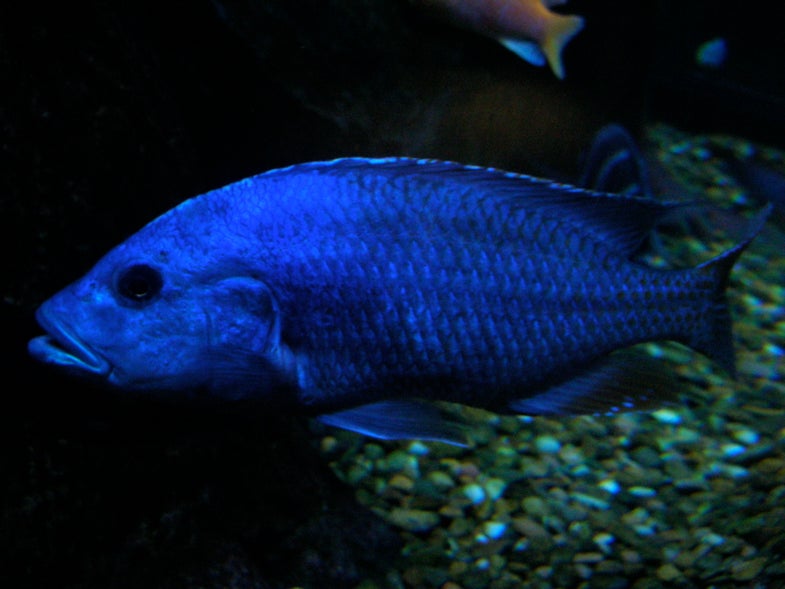 Scientists injected violet dye into a group of cichlid to tint their urine, making it easy to track during the experiment. Ed Schipul/ Flickr
SHARE

A new study published in Behavioral Ecology and Sociobiology reveals that fish urinate to communicate aggression to other fish.

As Science Magazine reports, cichlid—common aquarium fish—taunt enemies with pee. To arrive at this conclusion, scientists injected test fish with violet dye, which turned blue and was easy to see in the tank whenever the fish peed. The scientists then added a clear divide in the tank so that opposing fish could face off.

When opponents saw each other, they raised their fins and peed. The wall blocked the urine, so the fish peed more, since they couldn’t detect each other’s streams. Without sensing opponents’ urine, smaller fish grew bold and tried attacking larger fish. But when scientists added a barrier with holes to the tank, letting some urine through, the smaller fish backed off.

It’s unclear whether the urinating behavior is exclusive to cichlids or if other species act similarly. Beyond pissing matches, fish pee serves another purpose: According to Marine Science Today, fish pee contains phosphorus and ammonium, both of which help coral reefs grow.