Utah Sportsman to Zinke: Hands Off Our Monuments!

If you listen to Interior Secretary Ryan Zinke, President Trump, and most other GOP politicians, the only reason so many... 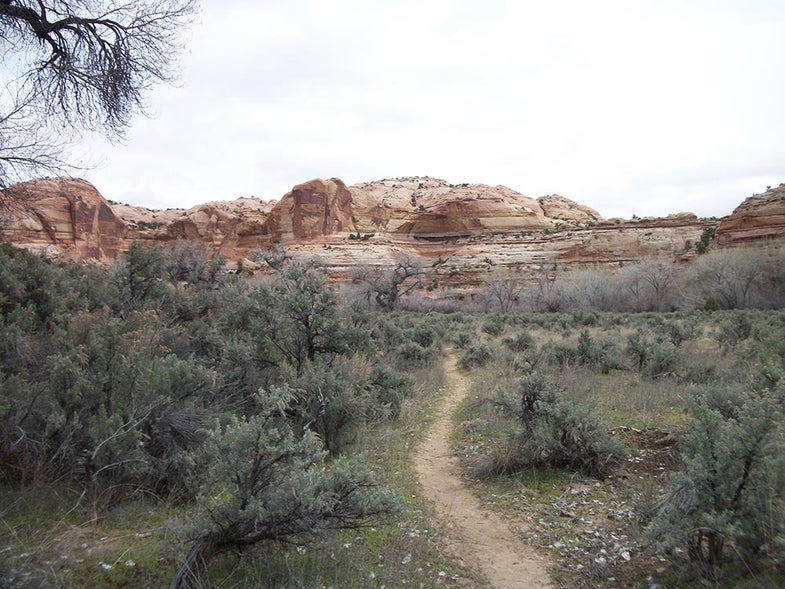 If you listen to Interior Secretary Ryan Zinke, President Trump, and most other GOP politicians, the only reason so many natural gems in the west are protected from mining and other industrial uses is because of a few “radical and outside environmental groups…real screamers.”

So, what then, to make of Jay Banta?

Banta is adamantly opposed to Zinke’s plans to reduce the size of Utah’s Grand Staircase-Escalante National Monument. But he’s no millennial snowflake undergoing grief counseling because he missed the original Grateful Dead tour.

Banta is a 63-year-old Utahan and Backcountry Hunters & Anglers member who likes nothing better than picking up one of his nine firearms and tramping across the red-rock desert country in the sprawling Grand Staircase-Escalante National Monument, hoping to kill wild turkey, chucker, sharp-tailed grouse, or deer. And he’s often successful.

That’s just one reason why Jay Banta shares the outrage expressed by the nation’s major sportsmen’s groups at the Trump Administration’s assault on national monuments.

I’ll let him explain the others.

For starters: “They say local people are opposed to the monument’s current size and want it smaller, but that’s definitely not true. Garfield County (the location of much of the land) has a huge tourist economy tied directly to the monument for outdoor recreation including hunting, fishing, camping, hiking, and four-wheeling. There are three times as many businesses in the town of Escalante today as there was on my first trip in 1994–outfitters, restaurants, motels, curio shops, guides—and they’re almost all tied to the outdoor recreation created by that monument.

“The people in those towns are afraid of the proposed changes. So are the other cities around other monuments that the administration wants to chop up.”

He has another reason: “The people spoke on this in the public comment period—with over 1 million comments sent in—and 99 percent were against any changes. The state politicians pushing this said, ‘Oh, they were the only ones to respond.’ Well, isn’t that the way democracy is supposed to work? If you don’t care, you don’t vote, and the other side wins. So, they’re just ignoring the public will, the desires of their own constituents.”

And another: “The big push behind this is supposedly to get at the coal deposits that are there. But no one is buying coal any more. That industry has collapsed because of natural gas. No one in their right mind thinks they can make an investment in coal today pay off. Besides, there are already existing mineral leases sitting idle.”

Which brought up still another point: “One of their big lies is that the creation of the national monument shut down other activities. But national monument status did not stop any oil, gas, mining, and grazing activities that were already underway. Anyone with those permits is free to continue their work.”

Finally, Jay points out this isn’t a partisan political issue. The sportsmen and other outdoor recreationists that use the national monument lands may have different views on other issues, might have harsh opinions of the current president or his general-election opponent. But they were united in their confusion and anger at this attempt to take their public lands.

“Sportsmen are united on this issue,” Banta says. “They oppose any changes.”

A recent poll done for the Theodore Roosevelt Conservation Partnership backs him up, finding that “77 percent of Republican and 80 percent of Democratic sportsmen and women support keeping the existing number and size of national monuments available for hunting and fishing.”

Banta says those numbers might hold the key to preventing disaster—but only if those sportsmen speak up. They need to contact their congressional delegations and let them know in very specific terms that they should not support these changes.

“This fight is far from over,” Banta says. “But anyone who cares about public lands needs to get involved.”