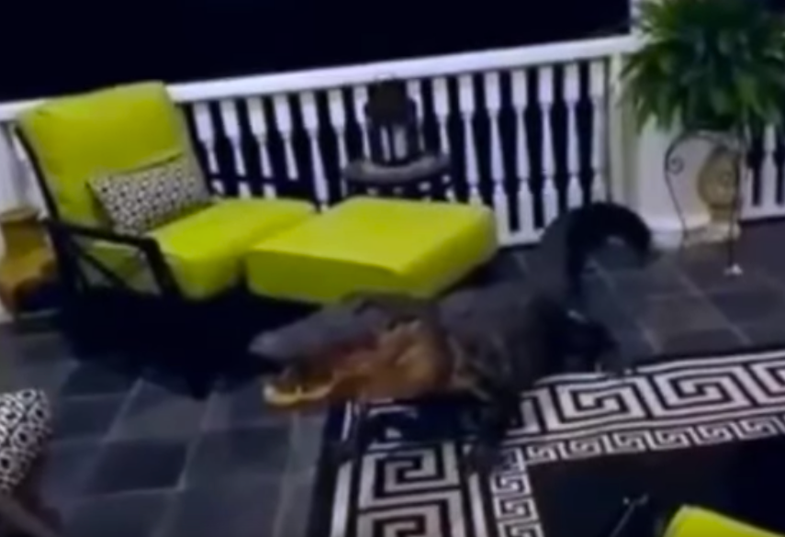 According to The Post and Courier, Susie Polston woke up in the middle of the night after hearing a ruckus on her second-story porch. At first, she thought someone was trying to break into the house. Turns out, a nearly 10-foot-long gator had climbed the stairs to the second-story porch and settled down between the outdoor furniture.

“It was just surreal,” Polston told the paper. “It was so bizarre.”

A reptile removal specialist spent a few hours trying to corral the gator, but it wouldn’t budge. Given the gator’s size, it couldn’t be easily dragged out like a smaller gator.

State law stipulates that nuisance-trapped alligators must be killed, but gators are typically removed first. After two hours of getting nowhere with the 10-footer, though, the removal agent consulted with the family, and the decision was made to euthanize the gator on site.