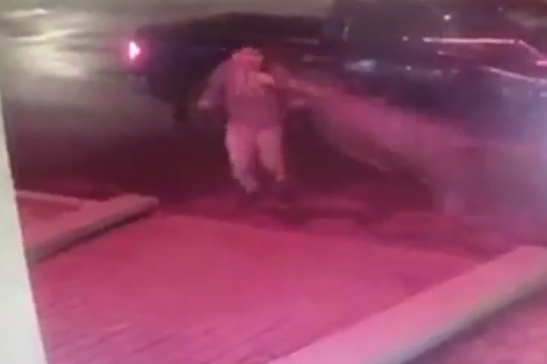 This video doesn’t need a lot of setup: A young man steps out of a pickup, heads for the front entrance of a building, and then is promptly blindsided by an oncoming deer.

The security-camera footage was filmed in April of 2017 in a British Columbia parking lot. The clip makes clear that the deer had little trouble toppling unsuspecting 25-year-old Cary McCook. The animal knocks McCook to the ground, sending him flying a couple of feet, before it then runs out of the shot. See it for yourself below.

ABC News reports that McCook, an aspiring rapper, was unharmed by the wild tackle. He later told reporters that he plans to write a song about the experience.