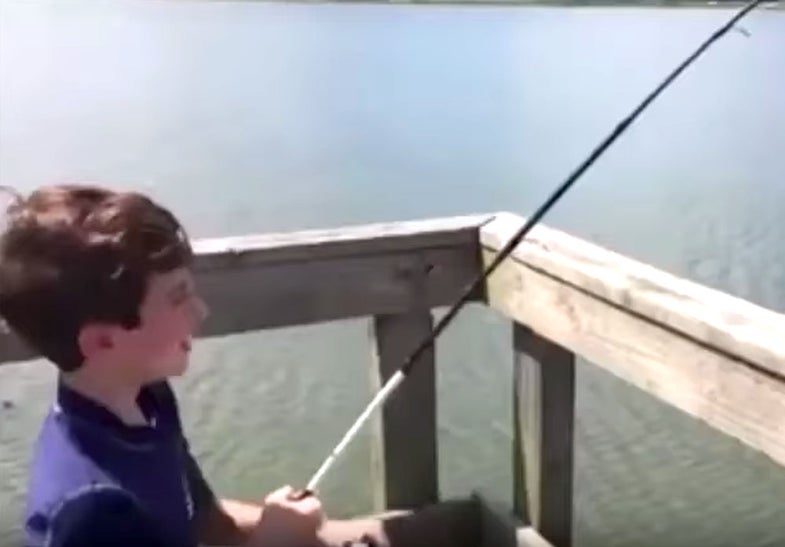 Video: A Large Alligator Steals a Fish From a Kid.
SHARE

Everyone has lost a fish, but I’ll hazard a guess that few anglers have lost one like the kid in this video.

In the clip—first published in February—a boy named Connor has hooked a large redfish, and at first, everything seems to be going to plan. But then the man standing next to him says, “He’s right here.” Then the cameraman repeats, “He’s right here!” And the men were not referring to the redfish.

As Connor reels the fish toward the dock, a huge alligator suddenly appears in frame, swims up, and casually snatches the redfish.

Turning slightly, the gator moseys toward the far shore, with the hooked redfish hanging from its jaws. Finally, one of the men tells Connor, “Dude, you need to cut your line,” as the gator continues across the lake.