Coyotes catch a lot of flack for preying on deer, and perhaps rightly so. But rare footage of a mountain... 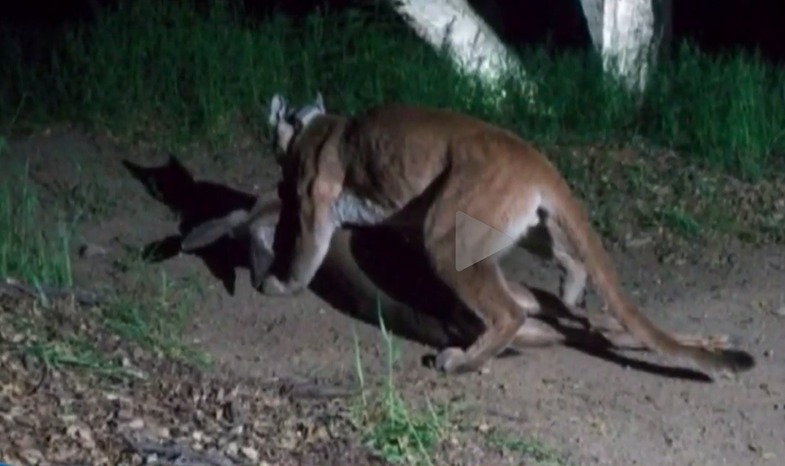 Coyotes catch a lot of flack for preying on deer, and perhaps rightly so. But rare footage of a mountain lion dragging a dead doe through the wild has recently drawn attention to the big cat.

New video footage shows a mountain lion retrieving a dead deer from a hiding spot, where the cat had presumably buried it, and then pulling it away. CBS Los Angeles reports that the collared mountain lion, known as Puma 41 by biologists, lives in the mountains near Glendale, Calif.

The National Park Service collared Puma 41, an 8-year-old male, two years ago. It’s the first large carnivore studied in the Verdugo Mountains, which are in a region where major freeway arteries of greater Los Angeles divide potential wildlife habitat.

“We hope to learn more about landscape connectivity and movement corridors in the region,” Seth Riley, National Park Service wildlife ecologist, said in a statement about the monitoring program. “There’s really no way to fully understand and conserve mountain lions in the [area] without understanding their movements across the larger landscape.”

This isn’t the only deer-and-cougar-related news recently. In December, for one, a San Francisco couple awoke to find a big cat killing a deer on their porch.