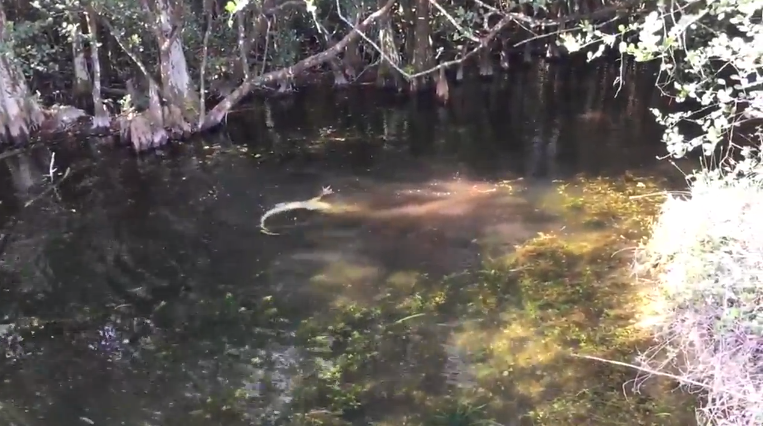 A 6-foot gator found itself belly up in the squeeze of a 15-foot python in 2016—and a reporter happened to catch the struggle on camera. Palm Beach Post reporter Joe Capozzi started rolling video on pond splashes near the trail he was biking in Florida’s Big Cypress National Preserve. During the chaos, Capozzi saw parts of a gator and parts of a python surface. “It was all at once terrifying, mesmerizing and beautiful,” Capozzi later wrote. “A battle between predator and prey that at times looked as graceful as a water ballet.”

Capozzi captured several minutes of a rarely seen fight before the water went still, and then he continued biking. He passed the pond on his way out an hour later and the python was still silently coiled around the gator.

Burmese pythons started invading Florida three decades ago. They have large appetites and prey on native wildlife including rabbits, deer, and alligators. Because of their detrimental effect on swamp life, people are encouraged to report python sightings so the snakes can be hunted.