Canada’s Miramichi River is legendary for its Atlantic salmon runs, but they’re not always easy to catch. Trip timing and... 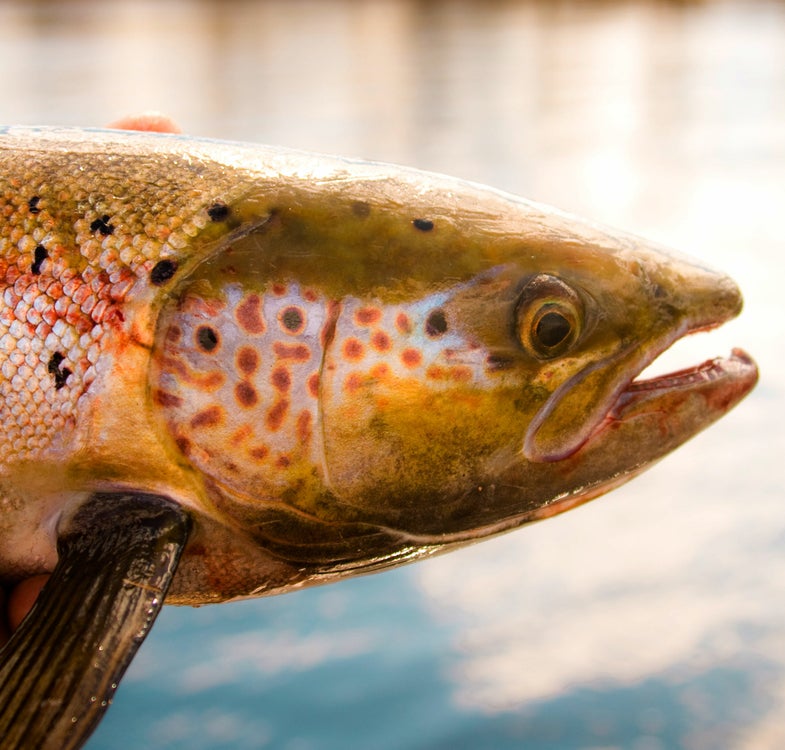 Canada’s Miramichi River is legendary for its Atlantic salmon runs, but they’re not always easy to catch. Trip timing and fly presentation can make or break success on this history-rich piece of water. Find out if “Hook Shots” host Joe Cermele packs the fly skills to hook and land an Atlantic, which just happens to be one of his bucket list fish.

The Deal: Though there are some notable stocking efforts taking place in the U.S. to reintroduce genuine sea-running Atlantic salmon to rivers that historically held them, only a select amount of rivers on Canada’s East Coast still experience a run of native fish. The Miramichi in the Province of New Brunswick is one of them. This river is arguably the most famous and easiest to fish given that there are more lodges and less private water on the Miramichi and its tributaries than on other Canadian salmon rivers. For many fly fishermen, the Atlantic salmon is their Holy Grail…but the Grail will cost ya. Fishing Atlantics is not a cheap venture, and many rules govern the river, including one that states any non-residents must be with a guide at all times. Therefore, you can’t simply camp on the shore and do some self-guiding. You pretty much have no choice but to crash at a lodge.

When to Go: Deciding when to visit the Miramichi is a matter of skill level, patience and passion for dry-fly fishing. “Bright” salmon–those fresh from the ocean–begin entering the river in late May and continue coming in through the fall. This is when the water is low and you wade-fish. However, it is scientifically proven that bright salmon do not eat. Every strike is a matter of reaction and getting a fly right in front of their faces. You could fish for a week and never get a taker, but the trade off is that any fish you catch is likely to be big, fat, and a real drag-screamer. If you prefer more steady action, mid-April into May is “black” salmon season. These fish have wintered in the river, and though large, they are not as fat as brights. However, right after ice-out they go on a feeding tear, and catching 20 to 30 blacks a day isn’t uncommon. Try to time your trip close to ice-out and before the smelt–saltwater baitfish–make their migration upriver.

What to Bring: The question here is more what not to bring. Spinning tackle is aloud on only a very small portion of the Miramichi down in the tidal section. Flies with beadheads, dumbell eyes, lead cores, or any weight for that matter, are illegal, as they’re considered “hardware.” However, sink-tip fly lines are aloud and will be a huge advantage in the spring. Seven- and eight-weight fly rods are the norm, and in the summer and fall when wading is the game, spey rods are popular among visiting anglers. Floating lines get the nod in summer and fall, but even in the spring it’s worth having a reel loaded with floating line in case you have to swing streamers in shallow water.

How to Fish: In the spring, Atlantic salmon strategy is as simple and straightforward as it gets. Cast slightly downstream and across the run, let the fly swing and hold on. The strike usually comes mid-swing. Later in the season it becomes necessary to stalk fish, pick out risers, and present flies without spooking the targets.

Where to Fish: Given that you’ll be fishing with a guide, he or she will know where to fish, but during our film shoot we noticed that there are really only “good” and “better” runs. Truth is, the river is loaded with salmon in the spring, and while the guides have their favorite haunts based on current flow and depth, the fish are everywhere. While driving the “scows”–canoes with flat bottoms–from spot to spot, we saw fish hanging on sandy flats less than two feet deep.

Where to Stay/Guides: There are plenty of lodges on the Miramichi and its tributarys, all of which employ their own guides, but we highly recommend Upper Oxbow Adventures Lodge. Debbie and Dale Norton are exquiste hosts and their guides work very hard to make sure you never forget your visit to the Miramichi. Upper Oxbow is also one of the more affordable operations in the area.