Nebraska’s Lake McConaughy, locally dubbed “Big Mac,” is an epicenter for Plains walleye action. In fact, it’s known without a... 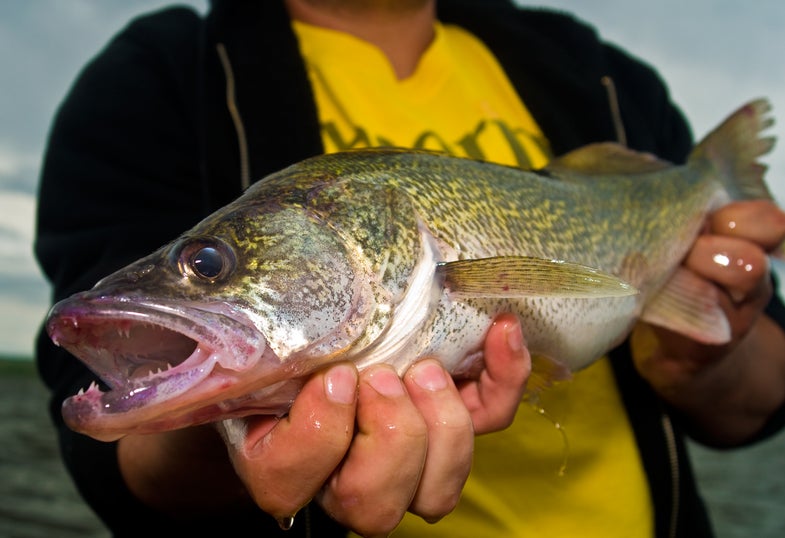 Nebraska’s Lake McConaughy, locally dubbed “Big Mac,” is an epicenter for Plains walleye action. In fact, it’s known without a doubt that the next state-record ‘eye lurks somewhere in its depths. The current 16-pound, 2-ounce record fell in Big Mac back in 1971. See if “Hook Shots” host Joe Cermele can top it.

****The Deal:** In 1971, a 16-pound, 2-ounce walleye was pulled from the depths of Lake McConaughy, Nebraska’s largest body of water. That record still stands today, though recent shockings by Nebraska Game & Parks have turned up a few monster ‘eyes that will break the 39-year-old mark. Question is, who will be the lucky angler? Aside from the hopes of getting your name in the Nebraska record book, Lake McConaughy, locally dubbed “Big Mac,” is a walleye hunter’s paradise, with plenty of keeper fish to go around. There’s also no shortage of wipers, white bass, catfish, carp, and even some smallmouth to keep lines tight.**

When to Go: With the exception of the winter months that can be beyond frosty, Big Mac has a bite going spring through fall. The walleye typically spawn on the face of the dam in April. This is arguably the best time to capture a behemoth, though with up to 300 land-based anglers on the dam and an equal amount of boaters working close to shore, the spawn can mean serious combat fishing. The summer months find walleye on the move chasing alewives and hanging over submerged structure and in flooded trees. Come fall, vertical-jigging the depths over humps and drops becomes the go-to plan for popping suspended fish.

What to Bring: During the summer, which is when we filmed this episode of “Hook Shots,” trolling outfits featuring depth-counter-equipped reels spooled with braid or lead-core line helped get small crankbaits in the zone on the troll around the trees. Medium-action spinning or conventional outfits work best for Lindy-rigging with leeches and worms. Bites can be subtle, so braided line is helpful here, too, and a rod with a sensitive tip will increase hookups.

How to Fish: A fishfinder you really trust is a must on Big Mac, because figuring out the depth of the bait is key. On the troll, you’ll find fish typically holding between 13 and 25 feet, though that can vary daily. Side planers come in handy for widening your spread. Our guide, Jerry Steinke, claimed crankbaits in natural silver or chartreuse out-produced most other colors in the summer. When it came to Lindy-rigging, 13 to 15 feet was the magic depth range. McConaughy has no shortage of submerged brush and stumps. Find them and you’ve found some walleyes. Just be prepared to lose plenty of rigs. If you’re not snagging up, your leeches and worms aren’t really in the zone.

Where to Fish: The rocky face of the dam on the east end of this 18-mile-long lake is never a bad place to bounce a Lindy rig or slow-troll a crankbait during the warmer months. If you don’t hook into some walleyes, there’s a good chance a fat wiper will engage a reel. Otherwise, it’s worth picking up a lake map and looking for edges and drops around structure. Any local bait shop, such as Van’s Lakeview, will point you in the right direction, but as a rule of thumb, bent-rod sonar is never a bad thing: in other words, if you see boats fishing close together, they’re probably on fish. There are numerous boat ramps around the lake you can use for a nominal fee.

Where to Stay/Guides: The nearby town of Ogallala is chock full of chain motels, with many smaller operations stationed around Big Mac’s perimeter, from lodges, to RV parks, to camp grounds. To fish with Jerry Steinke, our guide from this episode, call him at (308) 289-1904. But you can book and plan a complete visit to Lake McConaughy by checking out lakemcconaughy.com.