The holidays are upon us and the New Year is just around the corner. So what better way to wrap... 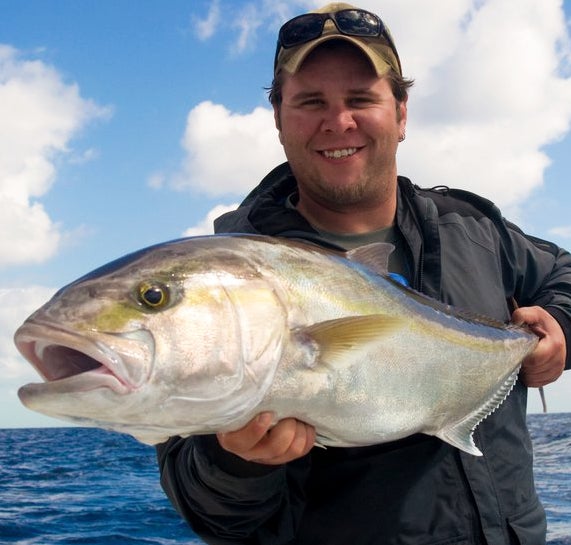 The holidays are upon us and the New Year is just around the corner. So what better way to wrap up the second season of “Hook Shots” than wetting a line in Key West, the southernmost city in the continental U.S.? Host Joe Cermele, along with Rapala’s David James and veteran captain Mike Weinhofer, have some laughs and bust their backs kicking off the holidays with monster amberjacks, bull sharks, dolphin, and much, much more.

The Deal: Fishing in the Florida Keys, especially Key West, is all about variety regardless of the time of year you visit. But if you head down during the winter months, sailfish, cero mackeral, barracudas, jacks, sharks and snapper flood the inshore reefs within five miles of land. Run a little farther and wahoo, tuna, dolphin, grouper, and amberjacks become primary targets. The winter months can be a bit windy, but time it right and the cold-season fishing can be epic.

When to Go: November and December are peak months for sight-fishing sailfish that are attacking schools of ballyhoo close to shore, though the spring months see sails surfing the waves and tailing, making them prime casting targets. Truthfully, there is no wrong time fish Key West. Something is always willing to grab a bait or lure.

What to Bring: What makes the inshore winter fishery so spectacular is that it’s a light-tackle game. Veteran guide Mike Weinhofer primarily relies on medium-action spinning outfits spooled with 20-pound braided line to tackle everything from sailfish to grouper. Even for deep-dropping, medium-power conventional outfits with braid are more effective (and easier on your back) than traditional heavy gear. On the inshore reef, flyrodders willing to work for their shots can connect to sails, cero mackerel, and jacks on 9- to 12-weight outfits.

How/Where to Fish: Local guides have the best areas dialed in, but if you happen to trailer your own boat to Key West, head south to the reef edge starting 5 to 7 miles offshore and look for frigate birds dipping low to the water. They’re often the tip-off that sailfish and other species are around. Big showers of spraying bait help, too. If all else fails, dropping anchor on the reef edge and chumming can draw in anything from yellowtail snapper, to giant barracudas, to wahoo. Drift a fresh live or dead ballyhoo into the slick, and hang on. Bucktails, plugs, and soft plastics will also get walloped behind the boat. Just set your drag properly before making the first cast.

Where to Stay: There are plenty of hotels and motels in Key West with rates to accommodate any budget, as well as others on nearby Keys. Visit the official website of the Florida Keys and Key West to find a room with a price tag that works for you.

Guides: While there are near countless guides operating in Key West, if you’re gonna go, go with a pro. Captain Mike Weinhofer of Compass Rose Charters has over 20 years experience fishing Key West, and specializes in everything from deep-water bottom fishing, to flats fishing, to fly fishing, to sight-casting the reef, to trolling.