Virginia’s James River is one of the country’s top blue catfish producers, boasting fish that best the 100-pound mark. In... 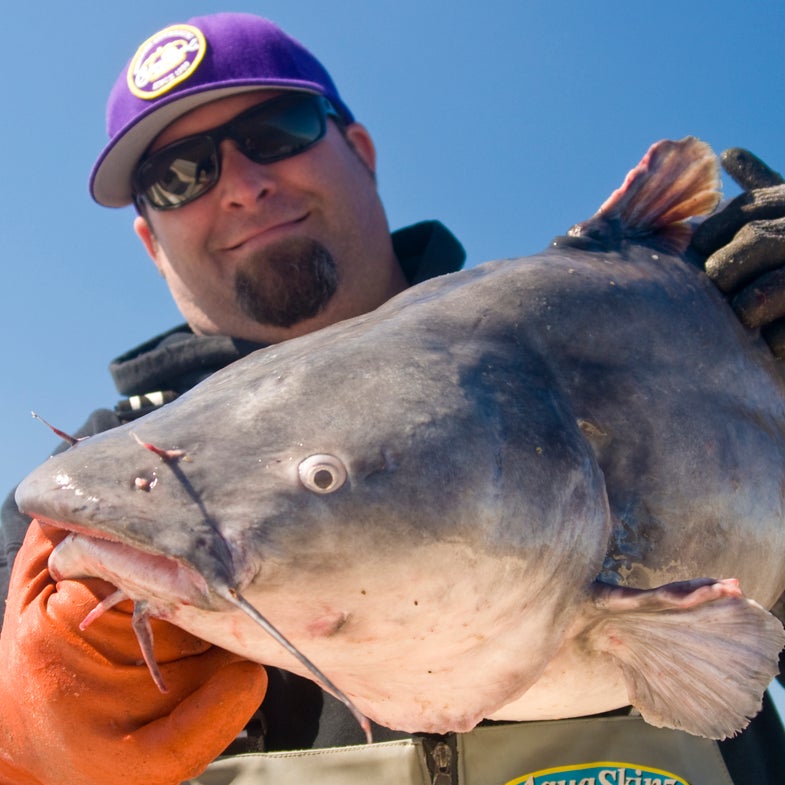 Virginia’s James River is one of the country’s top blue catfish producers, boasting fish that best the 100-pound mark. In episode 2 of “Hook Shots” season 3, Joe Cermele drives south with friend and “Hardcore Tackle” host Eric Kerber to hunt behemoths in the murky waters of the James. And they get a lot more than they bargained for.

The Deal: Implanted in the James River in 1971, blue catfish have taken well and grown in numbers at a staggering rate. These long-living, slow-growing monsters can reach epic proportions, with 30- to 50-pounders fairly common. Though the giants are what make the river famous, if it’s eating-size fish you want, the amount of 5- to 15-pound blues is simply amazing, offering hours of non-stop action on lighter tackle.

When To Go: Blue cats can be hooked in the James year-round, though guide Chris Eberwien actually prefers the winter months for greater numbers of trophy fish. According to Eberwien, it’s very hard to catch them in May and June as they’re spawning. “Hook Shots” visited in April, a prime month not only for cats, but spawning striped bass that share the same holes and flats.

What To Bring: Bring tackle you’d use for tuna. Seriously. Eberwien rigs his off-shore style level-wind conventionals with 50-pound monofilament. Then he splices on a 100-pound fluorocarbon leader and 12/0 circle hook. At first glance, his rods look like overkill for catfish, that is until you realize you have to launch 12-ounce sinkers pretty far and fight catfish nearly capable of pulling you out of the boat. The rods are stiff, but man do they bend.

How/Where To Fish: The art in catfishing on the James lies not in baits or tackle, but purely location. Eberwien has a GPS loaded with marks that he’s found only after years of studying the bottom and experimenting. But the short version is to focus on channel edges with steeply-sloping sides, preferably that rise up onto a shallower flat. If you can find submerged brush or debris or humps, drop a line on the down-current side. In the spring, fresh herring chucks get the not as the go-to bait, but gizzard shad is effective all other times of the year.

Where To Stay: Though we launched in the town of Hopewell, Virginia, there are more lodging choices in Chester about 10 miles away. Right off of Interstate 95, you’ll find just about any chain hotel you want in any price range, but for the official list, click here.