When silver salmon are running thick in coastal Alaska in late August, you can count on two things: rod-bending action... 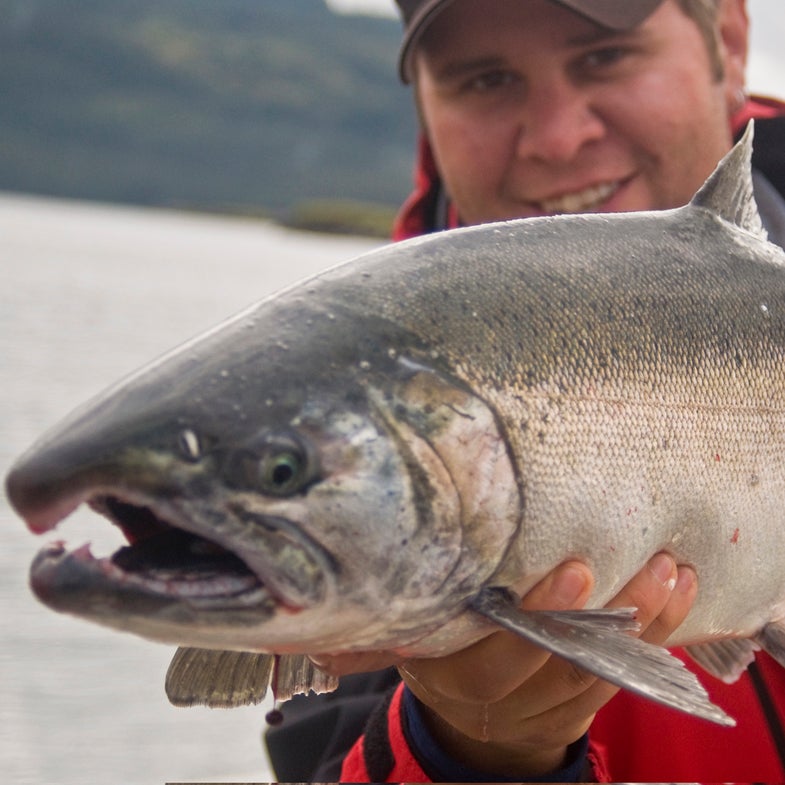 When silver salmon are running thick in coastal Alaska in late August, you can count on two things: rod-bending action that won’t give you a chance to catch your breath, and plenty of “liquid sunshine” to cool down those smoking reels. In this episode, host Joe Cermele gets a lesson in hitting the wet-season silver rush, and learns that catching one of the monster salmon sharks that follow the salmon schools isn’t exactly gravy.

The Deal: Though silver salmon may not trump king salmon on the measuring tape, this species is prized by locals and visitors alike for its spunky acrobatics, sweet flavor, and willingness to strike baits and lures more consistently than some larger cousins. Silver salmon that have already traveled into the rivers can get a bit persnickety, but those still roaming in saltwater can be as ravenous as hyenas at a fresh kill.

When To Go: The silver salmon run begins in coastal towns like Valdez, Seward, and Homer in early August, usually peaking in the last two weeks of the month. Peak run times, however, can vary from port to port. In Valdez, silvers remain a viable target in the salt into the first two weeks of September.

What To Bring: Rain gear. Bring your rain gear. Also, bring back-up rain gear. Though it’s always possible to hit a sunny, warm stretch in coastal Alaska in late August, this time of year typically sees fall beginning to set in, bringing wet, rainy conditions and temperatures in the 50s or 60s. Local charter guides will provide all the rods you need, but if you want to pack your own stick, medium- or medium-light-action conventional rods set up to receive beefier round-profile baitcasting reels work best. You’ll likely be trolling with downriggers, so make sure your rod has a softer tip to combat the strain from bending to the heavy rigger ball. A softer tip section also helps keep hooks planted when silvers turn quickly and take to the sky. Spool up with 15- to 20-pound mono (mono’s stretch is prefered for silvers) and you’re good to go.

How/Where To Fish: Most captains at least start their day off on the the troll, as it helps locate schools of feeding salmon faster. They’ll pull chunks of “plug-cut” herring rigged on rubber “hoochie” squids behind flashers (large reflective teasers, left) at various depths in the water column using downriggers and banana weights. When the troll bite is good, many captains opt to stay with it, though some switch to “mooching.” Mooching is a technique that requires you to feed your bait in free-spool back to a the fish, letting them run, then locking up the reel. Although salmon schools constantly roam, most captains target deep drop-offs around jutting shore points, and ledges off to the side of submerged humps and islands.

Where To Stay: Given that there are so many places to visit in Alaska, start your pre-trip research at TravelAlaska.com. There you’ll find info on lodging in any town you plan to fish. Most importantly, there are hotels and motels that fit any budget and taste in all popular angling destinations. If you’re feeling a bit more adventurous, you can also rent an RV and hit the Alaskan highways. Campgrounds are abundant throughout the state. For more info on RV-ing in Alaska, click here.