Falcon Lake on the U.S.-Mexico border in Texas is notorious for two reasons. First, it’s reportedly used by Mexican drug... 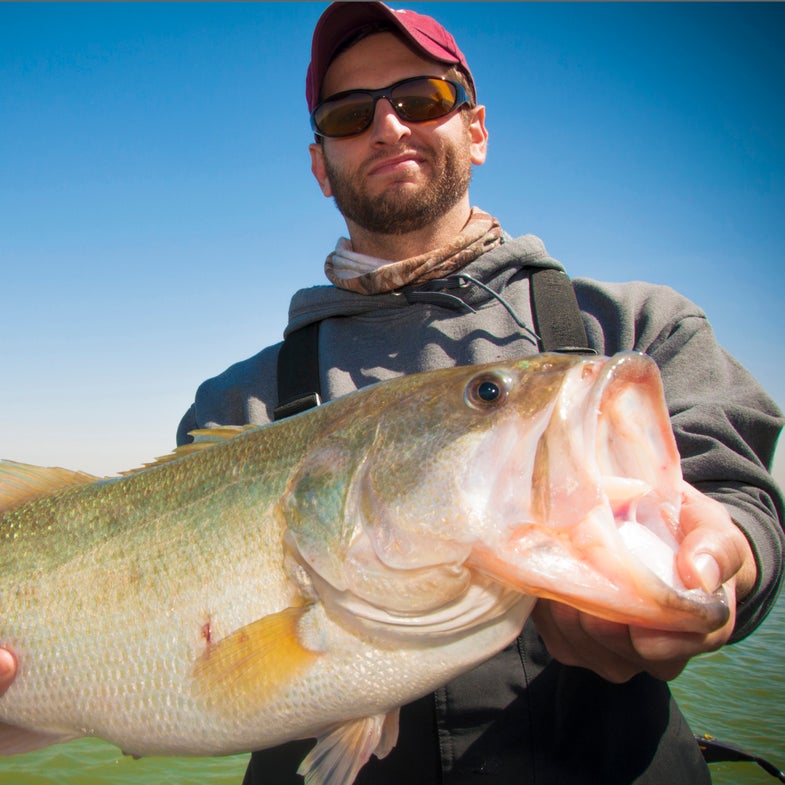 Falcon Lake on the U.S.-Mexico border in Texas is notorious for two reasons. First, it’s reportedly used by Mexican drug cartels to run supplies, and supposedly patrolled by pirates. If you plan on crossing into Mexican waters, Border Patrol advises you do so with extreme caution. But many anglers take that chance, because the second reason Falcon is so famous is that it has a reputation for producing monster largemouth bass.

The Deal: Twenty-eight-mile long Falcon Lake is an impoundment of the Rio Grande River, with its northern reaches touching the city of Zapata, TX, and its southern end situated along the shores of Falcon State Park. With stained water, miles of flooded trees, points, ledges, and brush, Falcon has provides ideal habitat for largemouths, and this lake grows them big. Tournament and recreational anglers alike flock to this massive body of water to look for 10-plus-pounders. Though you’re pretty safe on the Texas shoreline, many anglers run across to less pressured Mexico despite warnings from the U.S. Government. However, most guides agree that if you keep your wits about you, use common sense, have a fast boat, and boogie any time you feel danger may be lurking, you’ll have no problems fishing across the border.

When To Go: Falcon fishes well year-round, though the months of February and March see the highest number of visiting anglers. That’s because these are the prespawn months. The big girls are at their heaviest, and provided water temperatures are normal, they should be stacked in transitional areas like ledges and points waiting to push up to shallower spawning grounds.

What To Bring: Guide Nathan Fields says the majority of anglers showing up in February and March are packing nothing but heavy baitcasting outfits that chuck the big crankbaits and spinnerbaits these guys love to throw. It’s all well and good, but Fields says if the fish turn their noses at those baits, you need to be prepared to finesse the bite. He always has a few light spinning outfits spooled with 8- to 12-pound fluorocarbon ready to roll in case fishing small, weightless soft-plastics is the hot ticket (which it often is if the bass get finicky). When Fields is flipping the trees, he prefers 25-pound fluorocarbon on a low-profile baitcaster matched with a stick stout enough to pull a hawg out of the wood.

How To Fish: When it comes to flipping and pitching the trees, Fields says that any jig or Texas-rigged plastic you plan to throw needs to fall straight down the tree directly in the nasty snarls of limbs and root. Pitch to the outside and you’ll strike out. That’s because Falcon is far from a clear-water lake, so if your bait doesn’t get right in front of their face, you’ll never get bit. Spinnerbaits and deep-diving crankbaits are Falcon favorites during the prespawn and can draw big strikes around deep ledges and structure. But Fields cautions anglers not to be married to these lures. Everyone wants that big hit, but a slow finesse presentation often trumps speedy reaction baits this time of year.

Where To Stay: You can camp at Falcon State Park, which puts you on the south end of the lake. Fields fishes this end religiously, because he believes it’s less pressured, holds bigger fish, and sees a lot less riff-raff on the Mexican side than the north end. If a motel is more your speed, there are loads of them in Zapata, TX, up the road about 30 minutes. You can launch right from the municipal ramp in Zapata, and you can gear up at Robert’s Fish N Tackle. Click here to check out Zapata lodging.