Surf fishing for sharks is a sport that often flies under the radar, yet from Texas to Florida, North Carolina... 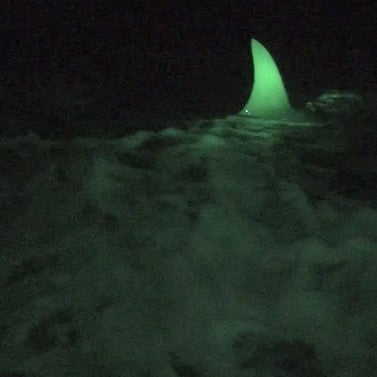 Surf fishing for sharks is a sport that often flies under the radar, yet from Texas to Florida, North Carolina to Massachusetts, there are cults of anglers that feed on the rush of hooking toothy beasts with both feet planted on the sand. Nothing about surf fishing for sharks is a sure thing; it takes serious dedication and patience. It also takes luck, and luck just happened to be on “Hook Shots” host Joe Cermele’s side when set out for surf sharks on Florida’s east coast. Cermele and the crew would have been happy with a few bulls and lemons, but they got much more than they bargained for when a huge hammerhead came cruising close to the beach.

The Deal: Although it’s possible to hook sharks on almost any beach in the U.S., the coasts of Florida, Texas, and North Carolina arguably offer the best chances at hooking larger species, such as bull sharks, blacktips, and lemons. The presence of big sharks close to a given stretch of beach can fluctuate seasonally, but for this episode, “Hook Shots” host Joe Cermele took a chance on Florida, as in the spring, the odds of hooking a hammerhead from shore are increased…slightly.

When To Go: Sharks can be caught from Florida’s beaches almost year-round, with different seasons bringing different species within reach of a surfcaster’s line. On the east coast, the winter months see a push of blacktips, while big bulls flood into rivers and estuaries to spawn in spring. On the west coast, hammerheads come close in the late spring and early summer to feed on the tarpon that migrate inshore at this time of year.

What To Bring: For the record, WE DO NOT RECOMMEND rookie surf sharkers head to Florida to go it alone. This sport comes with inherent risks, and it’s always best to have an experienced angler with you. Zach Miller of Team Rebel Fishing, who guided the crew in this episode, has been surf sharking since he was 14, and can supply the custom gear needed for a successful venture. Miller leans on super-heavy offshore rods usually reserved for marlin or tuna, giant reels that hold hundreds of yards of 200-pound test monofilament, and is always stocked with the big baits sharks love to chew on. He’ll also paddle your baits out via kayak, because casting is impossible.

How To Fish: Miller likes to set one line close (just past the waves) and another bait 100 to 200 yards out. Once the chunks are soaking on the bottom, all you have to do is wait for a pick up and listen for a screaming reel. But be warned: as you’ll see in this episode, you can be waiting for a long time. And nothing in this game is guaranteed. If you do hook up, you can opt to fight the fish in a stand-up harness, or simply plant your butt in the sand, dig in your heels, and battle the beast with the rod in a custom deep-driven sand spike.

Where To Stay: If you plan on fishing with Zach “Hammer” Miller, you’ll want to book a room in the Port St. Lucie, FL, area. You may fish a little north or south of St. Lucie, but it’s a great central location for shark pursuits. During this episode, we stayed at the Best Western in Port St. Lucie.