Not that long ago, carp were primarily considered “trash fish” throughout the country. ****In the last few years, however, that... 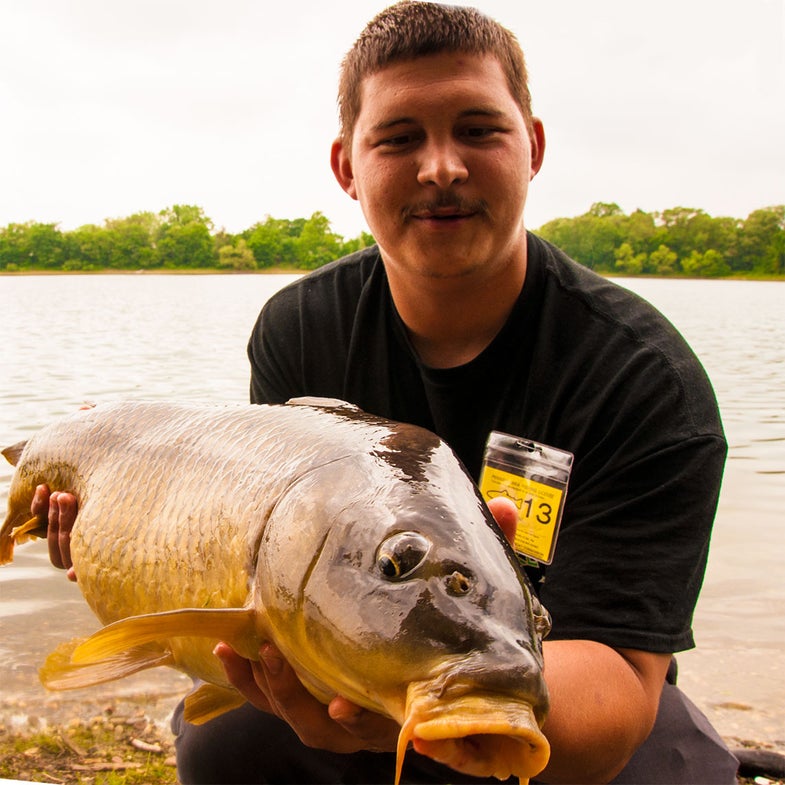 Not that long ago, carp were primarily considered “trash fish” throughout the country. ****In the last few years, however, that sentiment has begun to change. Flyfishermen in love with sightcasting are looking to carp for a bigger challenge and more pull than a trout. U.S. anglers are slowly getting sold on the European style of carp fishing, rooted in specialized tactics and technolgy that’s a proven fooler of giants. But behind these recently popularized methods remain the legions of bowfishermen that continue to target these ubiquitous bottom feeders. Host Joe Cermele decided to find out what makes all of these anglers tick, and sheds some light on why yesterday’s trash may be tomorrow’s treasure.

The Deal: Part of the reason why carp fishing continues to grow in popularity is that catching them doesn’t require a lot of money or a special once-a-year jaunt to a fancy lodge. Carp live pretty much everywhere in the United States, which means there is a good chance some body of water close to home not only holds carp, but holds giants. These are incredibly adaptable fish that can tolerate warm and cold water, more pollution than other species, and even very low oxygen levels. Depending on who you talk to, some people view them as a nuisance, while others see them prizes, even giving them nicknames like “golden bonefish.”

When To Go: Carp are active all year and can be caught and shot in the middle of winter in you’re persistent. By-and-large, however, most hook-and-line anglers agree the spring offers the best shots at big fish. That’s because carp waking up from a winter lull go on the feed hard before spawning, making them more vulnerable to eating a fly or hook bait. After the spawn these fish can become incredibly wary and selective. Of course, this is what makes them such a challenge and keeps anglers coming back. If you’re more into bowfishing, the spring and summer months offer the best shots at carp in the shallows. Captain Mike Briel says you can find them in the winter, too, but it becomes more a game of looking for wintering holes than patrolling weedlines and shooting at cruising fish.

What To Bring: If you want to play the fly game, a 6- to 8-weight rod and floating line gets it done, depending, of course, on how big the fish are in the body of water you’re hitting. Trout nymphs and streamers–particularly wooly buggers and crayfish patterns–work well, but you may also want to tie some berry flies (click here to learn to tie the Snozzberry) or try some traditional bonefish flies like the Crazy Charlie. Frank Heater, the Euro-style carp nut in this episode, recommends anyone interested in learning about the gear and the method get an online membership to Carp Anglers Group. You should also check out the website of K-1 Baits, an American company producing Euro-style baits that are better than the best ones across the big pond. If you’d like to get into bowfishing, American Bowfishing is a leading supplier of all the gear you need. So you know, you don’t need a bow with 75 pounds of pull…40 gets it done, and you’re better off hand-lining the fish in, so you need not buy a reel that retrieves the fish. You only need one to retrieve line after a missed shot,

How To Fish: Carp have pretty poor eyesight, so the trick to winning the fly game is presenting the bug in a small one-foot box around their face. If you’re too far on the outside, chances are slim a carp will chase from a distance. Remember that carp can suck and spit a fly very quickly, so ideally you want to be in a situation where you actually see the fly get inhaled. The Euro method is all about essentially “training” carp. Euro guys pre-bait and chum the areas they’re fishing days in advance, hoping to get the fish dialed in to the specific bait flavor they’re using, and getting them to congregate in the “swim” they’ll be fishing. Most of all, Euro-style requires patience, as it can be a long time between bites, but the result is arguably bigger fish than you’ll hook on fly most of the time. As for bowfishing, this takes practice. Where you place a shot depends on a number of factors including, but not limited to, water depth, speed the fish is moving, and distance from the boat. When in doubt, aim low, as the water bends light so where you see the fish isn’t exactly where the fish is in the water.

Where To Stay: Stay at your house. There’s carp right up the street.

Guides:
You can find carp guides all over the country depending on how you’d like to target them, but if you happen to be looking for one in the Eastern PA/Central NJ region where this episode was shot, these are your guys.