Week 1 Under Trump: The Bad News for Sportsmen Keeps Coming

After one week of watching President Trump and the GOP Congress work together, there is only one takeaway for sportsmen... 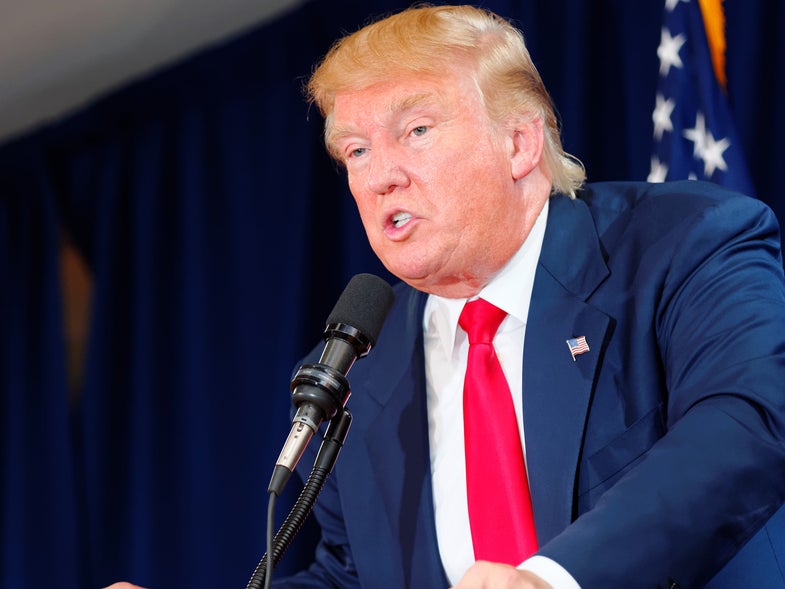 After one week of watching President Trump and the GOP Congress work together, there is only one takeaway for sportsmen and others concerned about conservation: You were right to be worried.

The House GOP set the tone a week earlier by rushing through rule changes to make it easier for them to roll back environmental regulations protecting the public land, water, and air so critical to fish, wildlife, and humans. Some sportsmen held out hope that the president might lower the threat volume, since his sons like to hunt, and his nominee for Secretary of the Interior, Congressman Ryan Zinke (R-Mont.), opposes giving away our national lands.

Those hopes vanished within hours of Trump’s inauguration, as the new president and his administration began waging the war they had promised on environmental protection.

In a series of executive orders and public statements, he made it clear that business profits will come before any concerns over health and environmental integrity.

As expected, addressing climate change was one of the first targets. The climate-change page was removed from the White House website and replaced by a plan to boost fossil-fuel production. He placed a gag order on all federal agencies, and ordered a freeze on all grants from the Environmental Protection Agency. The leader of his EPA transition team said the agency’s budget and personnel would be dramatically reduced, with “about half” being a good starting point.

Trump told a gathering of businessmen “we’re going to be cutting regulation massively” by 75 percent or “maybe more.”

Trump said he would dramatically reduce the time the public had to review and comment on the permit application process, and virtually guaranteed companies will get what they want. “We’re gonna make a very short process—but you’re gonna know very quickly,” he said. “And generally speaking, we’re gonna be giving you your permit. So we’re gonna be very friendly.”

Of course, as reported here last week, he’ll need congressional approval to make most of those things happen. But that won’t be much of a challenge. Key congressional leaders last week were cheering him on—because this has been their agenda for years.

One of them is Rep. Lamar Smith (R-Texas), one of the nation’s great science deniers, who just happens to be the chairman of the House Science Committee.

Last week, as the president was under fire for spewing falsehoods about everything from the size of his inaugural crowd to the number of illegal voters, Smith gave the nation this advice: “Better to get your news directly from the president. In fact, it might be the only way to get the unvarnished truth.”

All of which only stands to reinforce this important message to sportsmen who care about the future of public outdoors sports: Call the local office of your congressional representatives today and tell them to keep hands off our environmental protections for our public land, air, and water.