Stories, tips, and tricks from a public-land hunt for America’s favorite small-game animal 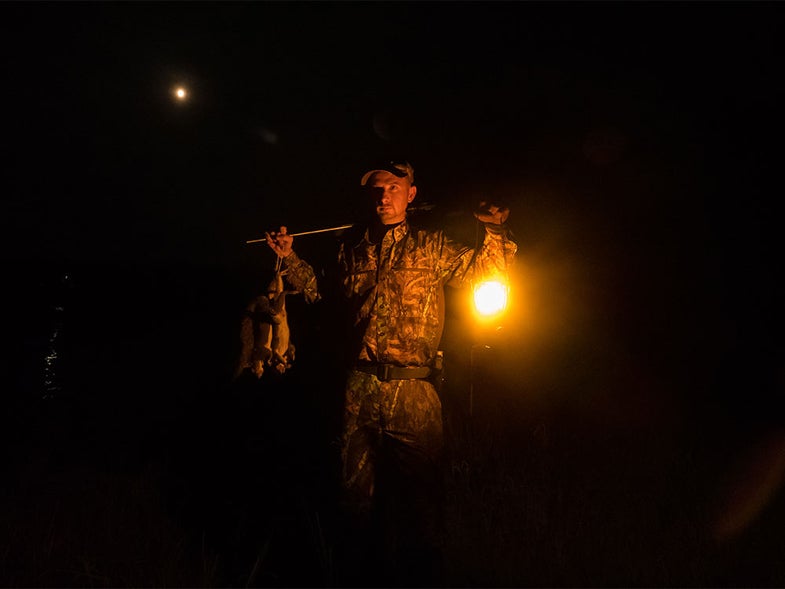 It’s fair to say the gray squirrel shaped my entire life path. I was seven years old, standing in my dad’s shadow, when I shot my first one. I still have the single-shot Remington .22 that I used—and I could take you right to the base of the shagbark hickory where that squirrel was feeding. The tree has gotten a little bigger, but still mostly looks the same.

I’ve since hunted all over the world for a variety of critters. But I make it a point to pick up my .22 every year, as the days of late summer fade to autumn and the fall crop of hickory nuts begins to ripen. Usually Ryan, my old roommate and hunting buddy since college, hunts with me. Almost invariably, I come home after a squirrel hunt thinking to myself, “You’ve got to do this more often.”

This past August, Ryan and I set a camp on the shoreline of Kentucky Lake, not far from home. My Yankee brother from another mother—F&S Editor-at-Large Michael R. Shea—was there with his camera to document the trip (though Shea did trade the lens for a .22 on a couple occasions).

As is the case along the banks of many reservoirs, there are miles of public shoreline here (outside of the famous Land Between the Lakes National Recreation area). Much of that ground goes virtually unhunted—especially for squirrels. Ryan and I took our boats and spent a few days scouting and hunting new country—and enjoying the start of a new season. These videos tell the story, and reveal a few of the tricks we’ve learned to be successful along the way. Fortunately, in squirrel hunting, nothing is too complicated or expensive. I hope you enjoy watching these as much as we enjoyed making them.

The first evening, after setting up camp, Ryan and I decided to split up and do some scouting, but with a twist. We’d each scout different areas, and then use the onX Hunt App to mark locations of what we found, and share the waypoints with one another. Early the next morning, Shea and I snuck into a waypoint Ryan had marked just a half mile from camp. It was a giant pignut tree, and full of squirrels.

The first story I ever wrote for an outdoor magazine detailed the process of skinning and quartering a squirrel. There are a few ways to do it, and I’ve tried about all of them. But if there’s a faster, cleaner process than this one, I’m all ears to learn about it.

When it comes to finding squirrels, especially in country you’ve never seen, no skill is more critical than learning to identify key mast trees—and knowing which of them squirrels are likely to be feeding upon at a given time of the season. This trip was in late August, so hickories, especially pignuts, were to the go-to. But as the season progresses, at least at this latitude, beechnuts and acorns become more attractive and important to foraging bushytails.

Come to find out, Ryan had done some scouting of his own prior to our camp. On the last afternoon, we took a long boat ride in an attempt to find a “little grove of hickories” he’d marked a week earlier. On that scouting trip, Ryan had come in from a different direction, so we had to use his waypoint to steer us the right way. It was hot, and most of the walk was a slog through head-high cutover. But those trees were right where he said they’d be—and what’s more, they were full of squirrels. Because it was so thick, we set up 60 yards from the base of the tree, and traded back and forth with my .22 WMR to pluck squirrels from the highest limbs. It was a great way to end the week.