What the Election Means for Gun Owners and the 2nd Amendment

With the election over, we’ve had some time to take a step back and consider what the results mean for... 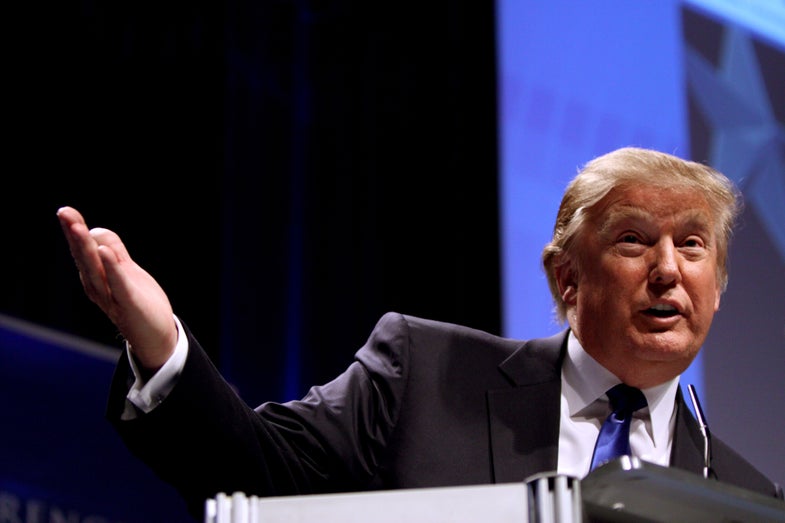 With the election over, we’ve had some time to take a step back and consider what the results mean for sportsmen—and there’s no shortage of conflict. Here, David E. Petzal discusses the win for gun owners and the 2nd Amendment. For Bob Marshall’s take on the impact the results will have on conservation, click here. —The Editors

“We have a lot of real problems in this country, about which we should of course stay informed and vote sensibly. But maybe our biggest problem is the political process itself. Our version of politics dehumanizes and demeans all of us.

“Maybe next time, we should shut it off. Try and think about politics only when it intersects with our real lives. Take walks. Spend time with our kids. Something, anything, but not this. There has to be a better way than this.”—Matt Taibbi, Rollingstone.com

For sheer wretchedness on all fronts, there has never been an election like this one, and I voted in my first in 1964, so I’ve seen a thing or two. Since this blog is about guns, I’ll stick to that, and what stands out about the recent nightmare is that with the defeat of Hillary Clinton, gun owners have dodged the biggest bullet that is likely to pass their way for this and the next generation.

Hillary could have done us an immense amount of irreparable damage, between her admiration for the Australian semi-auto confiscation, her unlimited access to bad advice, her isolation from the American public, and her stupendous bad judgment. When she said that we were a basket of deplorables, she meant it from her soul. It was probably the only honest thing she said in the entire 15 months of the campaign. And that basket included people who own guns–especially people who own guns.

Combine that with her belief that the Second Amendment does not guarantee a private citizen’s right to own firearms, and the probability that if she had been elected, she would have been able to nominate two or three Supremes who thought as she did, and you can see what the future might have held.

So we must all be grateful that Donald Trump beat her like a government mule. She will never shut up and never go away, but she is unlikely to run again for anything as she is 69, utterly detested and mistrusted by a major chunk of the population, and is a spectacular two-time election loser.

I’ve listened to interminable media blather on what led to her Nov. 8 debacle, and the one thing that no one has mentioned is her plans for guns and gun owners. The NRA has 5 million members, and I’m certain that most of them voted, and voted against her, and that the NRA has spent a bunch of money on shooters’ behalves, and all that must have been a factor, but no mention. How come?

It would be tempting to say it’s a conspiracy, but that’s giving the folks behind the microphones too much credit. Probably it’s simple incompetence. No one saw this election coming. No one was right about anything the whole 15 months. The ladies and gentlemen of the press are just as cut off from reality as Hillary herself, and it would not occur to them that gun ownership played a big part in how the election turned out.

According to the Gallup Poll, public confidence in the mass media is at its lowest point since Gallup began asking the question in 1972. On November 8, we got a look at why.

Here in Maine, Michael Bloomberg tried to buy (proponents of the Question outspent the antis by 4 to 1) some of his own brand of law by funding Question 3, sponsored by a group called Moms Demand Action. It would “close the loopholes” by requiring that every firearms transfer be done through an FFL dealer. Question 3 was so loosely worded, vague, and generally farcical that it was unenforceable, except that if some cop wanted to jack you up, there it was on the books, waiting to be used. As it is, Maine has the second lowest violent crime rate in the United States. The streets are not exactly echoing with gunfire, as they are in Chicago, where they have really tough gun laws.

According to proponents of Question 3, more than 70 percent of Mainers favored the thing, but when the votes were cast, it was defeated by 52 percent to 48 percent. Narrow, but enough.

California, however, passed Proposition 63, a truly hellish measure requiring, among other things, a background check and California Department of Justice authorization to purchase ammunition, report all ammo sales to the DOJ, and surrender all high-capacity magazines. The Prop 63 will probably be ignored by most shooters who will get their ammo out of state and hide their magazines. (New York State’s SAFE Act, which is somewhat similar, has a 15 percent compliance rate if you can believe the estimates).

The purpose of Prop 63 is not to make the state safer, but to dry up guns and discourage gun owners. Unless it can be repealed, it will succeed.