What to Do If Your Rifle Isn’t Perfect

What is so rare as a day in June? A rifle that has nothing wrong with it, that’s what. I... 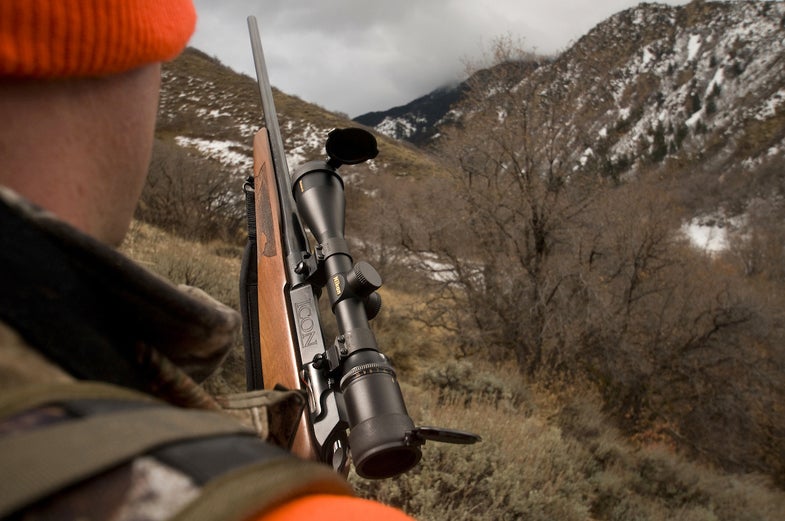 What is so rare as a day in June?

A rifle that has nothing wrong with it, that’s what.

I started writing about rifles on a regular basis in 1981, and since then have tried out God knows how many guns, factory, semi-production, and custom, cheap, expensive, and medium-priced, and probably 40 percent of them have had something wrong with them. Since a rifle is a simple machine, you wouldn’t think this is the case, but it is.

Don’t the people who send these things out check them? No. Last fall, I got a rifle from a company that I used to respect which had no firing pin. It was a gun show gun that someone shoved in a box and sent to me. The muzzle-thread protector was unscrewed and lying on the barrel, which it had scratched. The hard foam that lined the box had disintegrated.

Shortly thereafter I got one from a different company that would not eject spent shells. The extractor would haul them partly clear of the chamber, the ejector was not able to kick them loose. Also, it would not hit Moscow if you were firing it from a Kremlin window.

I could go on like this until the war in Afghanistan ends, but there’s no point. Everyone who makes rifles assumes they work perfectly, and sends them out without looking them over, or else the people who do check them have no idea how a rifle works.

Almost all the rifles I get are loaners, so if something’s wrong I send it back, let the manufacturer know what happened, and don’t write about it. That’s been Field & Stream policy since at least the early 1970s.

But if you buy a defective gun, how you handle it depends on the nature of the offense. The most serious is a rifle that’s dangerous. This is exceedingly rare. I’ve had only two in all the time I’ve been doing this. One hung fire: You pulled the trigger, and heard the sear go click, and then nothing happened for three seconds and then the rifle went off. It did this twice, and is a reminder that if your gun fails to fire you count to ten slowly, and then open the bolt.

I sent it back with a stern note about what happened, and have not used these guns since. If I had owned it, I would have sent a very stern note, possibly written by my lawyer, and asked for my money back.

The other rifle had a barrel whose bore was undersized. It was a .30-caliber, or was supposed to be, and I blew primers with factory ammo. If I had owned it, I would have asked for my money back; no replacement barrel. Good-bye forever.

If the flaw is something lesser, what you do depends on how much it will cost to fix it and how much inconvenience you’re willing to put up with. Gun companies are there to manufacture guns, not to fix them, and turning your rifle around is going to assume a pretty low priority for them. Gunsmiths, on the other hand, are there to fix rifles, and odds are you’ll get it done in a fraction of the time and with a lot less effort.

In a previous blog, a reader wrote about a receiver screw hole that wouldn’t let the screw in. The usual cure for that is to run a tap into the hole and re-cut the threads. It takes maybe 8 seconds. If you want to send your rifle back to the maker for a job that takes 8 seconds, why have at it.

Same with triggers. If you’re unhappy with your factory trigger and you send it back demanding that they give you a perfect 3-pound pull, you’ll probably get it back with a note saying that the present pull meets factory specs and to go pound sand up your fundament. Same with accuracy. My guess is that unless there’s a specific warrantee on it, any rifle that shoots 2-inch groups is fine. Factories have no control over how good a shot you are.

The factory warranty people I’ve spoken with are pretty cynical about customer complaints. They get to look at firearms that have suffered horrendous alterations from amateurs who had no idea what they were doing.

I once got a call from a fellow who was gibbering with rage at Winchester. His side of it was, he sent in a rifle for a new barrel and they called the ATF on him. The ATF had a chat with him that he did not enjoy. I called Winchester and asked WTF, and the story was this:

The unhappy customer decided he wanted a shorter barrel than Winchester had screwed into the receiver, so he got a hacksaw and lopped some off. Not only did he cut crooked, but he bobbed the barrel shorter than 16 inches, which is illegal. Winchester spotted it and did what they were obliged under the law to do.

The Marlin guys, in the old factory in North Haven, told me that they got .22s on a fairly regular basis that had blown up. The reason they had blown was because their owners took apart .22 cartridges, forced in multiple powder charges, stuffed the bullets back in the cases somehow, and fired them. When the actions gave, these folks were indignant and demanded new rifles, and sometimes damages.

It’s stuff like this that makes warranty people cynical about their jobs.

My attitude is, unless it’s something really major/expensive, fix it yourself or get it fixed locally. A couple of years ago I bought a Ruger Gunsite Scout off the rack at Kittery Trading Post. It was missing the front sling swivel stud. Ruger didn’t see it, and Kittery didn’t see it, and I didn’t see it until I got the rifle home.

I could have gone to the trouble of boxing the rifle up, taking it to my FFL dealer for UPS to pick up, and sending it off to Ruger with a note filled with righteous fury, stating that for $1,139 I was entitled to a front sling swivel. Someone would undoubtedly have screwed one in and sent the rifle back.

What I did instead was rummage around in my spare parts until I found an attractive swivel and screwed it in myself.

I have a very good hunting rifle that had slot head screws installed at the factory. I like slot head screws about as much as I like poison ivy, so I sent to Brownell’s and got a set of hex-head screws. One of them had to be ground shorter to fit. That was 5 minutes’ time in a vise (not vice; I have no vices) and some judicious filing with a Leatherman tool. If I hadn’t done it, the local gunsmith could have done it for less money than I would have paid UPS to send the rifle back.

And so on. If you have any common sense and mechanical ability, you can do a lot of little things yourself. Except triggers. Triggers are the province of professionals. Stay away from them.

And if you do get a rifle that’s perfect, rejoice. Fortune has smiled on you. You got one of the rare ones.