Why the Bow Bubble Could Doom Local Pro Shops 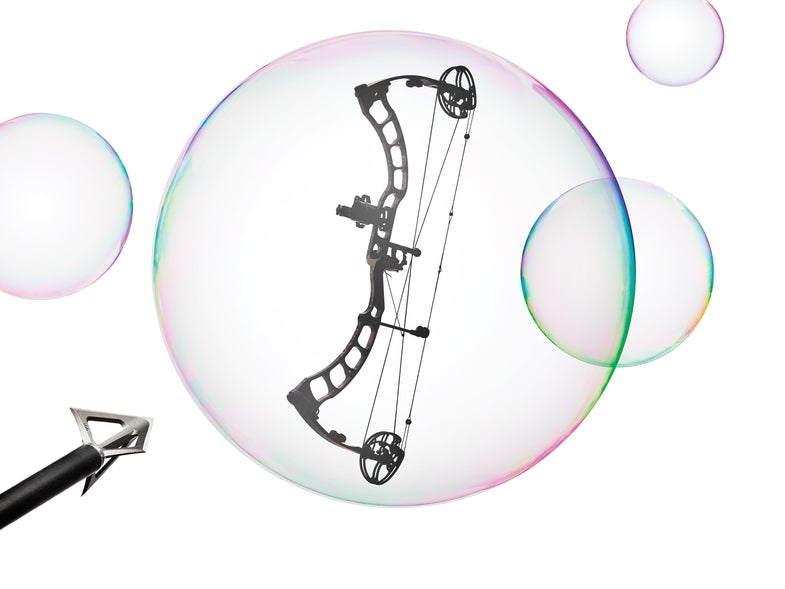 Obscene. Out of touch. Insane. That’s what F&S readers think about today’s compound bow prices, at least as expressed in the many letters and comments we get reacting to our annual flagship bow test. The least expensive of our top 12 bows last year listed at $949. The priciest was $1,500. Add in arrows and accessories, and you’re looking at $1,200 to $2K.

If you can’t stomach that, you’re hardly alone—and it represents a major shift in the bowhunting culture. Less than a decade ago, many serious bowhunters bought new bows every season or two. For years, the pillars of the bowhunting business have rested on the idea that hunters need the latest technology to stay in the game. That’s why you still routinely see Papaw’s old deer rifle in the woods, but rarely his vintage Bear Whitetail Hunter.

But the pillars seem to be buckling—and small archery pro shops are already showing cracks. My favorite local shop, which opened in 2007 and at its height was one of the largest dealers in Kentucky, closed its doors last spring. “Guys around here can’t afford new bows anymore, and I can’t afford to keep the inventory on the shelf,” the owner told me.

Kevin Strother may be the most influential bow designer of modern times. One of the cofounders of Bowtech, Strother has engineered for a dozen-plus other companies including Elite, Obsession, and Xpedition. He worries that the bow business is at a tipping point that could eventually force hunters out of the sport.

The latest bows, Strother says, are certainly more efficient than those of eight or 10 years ago. “They are more accurate, quieter, vibrate less, and are smoother on the draw. Those are the biggest engineering improvements.”

But does this justify the price hike? “It’s complicated,” Strother explains. “CNC machining time is expensive, and materials have gone way up.” In our litigious society, the price of ideas has also skyrocketed. “The patent office is issuing frivolous patents for everything,” he adds. “Companies now have to pay for technologies I was using 20 years ago. Sometimes you have to buy your own idea back. Attorneys have to research that stuff, and it’s all a part of your $1,200 bow.”

Meanwhile, with fewer sales, many dealers have demanded better profits. “Used to be dealers were happy to make $150 on a bow,” he says. “Now many of them want $250 or more. It’s tough. The whole industry is trying to figure out what to do next.”

It would be one thing if pricier bows simply meant that hunters had to use the same compound for a few more years. But the effect on pro shops is potentially devastating—for everyone. Fact is, while a rifle can last a few lifetimes with minimal maintenance, bows need ongoing checkups to keep shooting straight. Strings stretch. Limbs crack. Rests break. Pro shops are much more than indoor ranges where hunters can practice while discussing various blends of deer pee. Their owners and techs are the people we count on to fix twisted peeps the night before opening day and derailed bows in the heat of the rut. Those are fixes the average guy doesn’t have the tools or skill to make.

“Manufacturers are going to have to support the dealers, or they’re going to be in a world of hurt,” Strother says. “All of a sudden, the only place you’ll be able to buy a bow will be Cabela’s, Bass Pro, or Gander Mountain. What if you live five hours from the nearest one? Where will you take your bow for service?”

There’s a growing trend of sub-$500 centerfire rifles that make up for in performance what they lack in fit and finish. The same cannot be said for budget bows. Oh, they’ll all kill a deer. But as a rule, their performance isn’t in the same class as a flagship. They use dated cams. They’re often louder, slower, and more difficult to shoot. That needs to change. And maybe, slowly, it is. Last year, the $600 Hoyt Powermax simply dominated our budget bow testing, and could’ve earned a top-12 spot in our flagship test. Bowtech’s Carbon Icon has a carbon riser and the same Powershift Technology on the cams as the company’s flagships. It’s $749 with accessories. Bear has a couple of sub-$700 330 IBO bows in its 2017 lineup.

None of those bows quite match the capabilities of the respective companies’ flagships—but they’re getting close. As of this interview, Strother was working on a 2017 compound design for Obsession that he says will give flagship-level performance—33 inches axle to axle, 61⁄2-inch brace height, 350 IBO—for a list price of $699. “There are ways to design a bow that’s easier to machine, and so less expensive to make. The cosmetics change a bit, but not the performance,” he says. “You have to keep the performance.”

So let’s assume bow prices will level out a bit. Will we ever return to those new-bow-every-year days of a decade ago? Maybe not. But more performance for less money is a good thing—and far better if more pro shops can also keep their doors open. Because during the peak of the rut, I don’t trust just anyone to fix my derailed bow.

Bow maintenance isn’t terribly difficult if you have the proper tools. Strother says there’s a big trend among serious bowhunters to service their own equipment at home because they often don’t have a choice. The bread-​and-​butter tool is a press. Most pro shops use electric presses, but my former dealer recommended the manual EZ Green Press from Last Chance Archery for home use. There is little to tear up, and it can be mounted to just about any sturdy workbench. —W.B.

RELATED: How to Build a D.I.Y. Draw Board for Your Compound Bow