Why the Grizzly Bear’s Future Depends on Public Land

I hunt among grizzly bears. I hike in the forest and on the windy ridges. I see their scat, their... 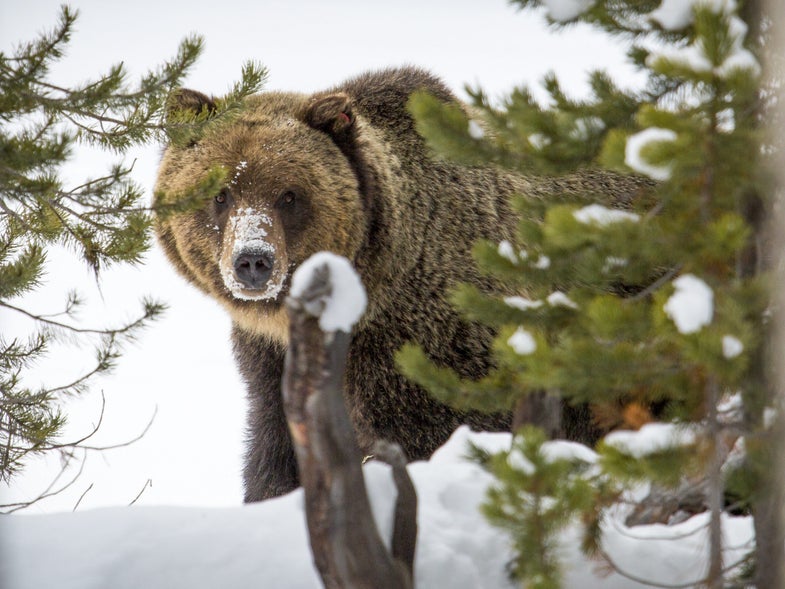 I hunt among grizzly bears. I hike in the forest and on the windy ridges. I see their scat, their tracks. I see their fur caught in the amber and rubbed bark of trees. But only rarely am I fortunate enough to see them—running away from me, always.

Last month, Secretary of the Interior Ryan Zinke removed the Yellowstone grizzly bear from the endangered-species list, a decision I strongly oppose. Though the number of grizzlies in Yellowstone has grown since its abysmal lows of the 1970s, I believe it would be unwise to think that the grizzly population, as a whole, is no longer in jeopardy. Grizzly numbers have increased, but their habitat has not. It’s indisputable that the Yellowstone bears are unable to link and interchange with the other subpopulations, a requirement if the species is ever to recover in a serious way.

Some in the outdoor community agree with my stance on the delisting, but many, including Field & Stream, as well as conservation organizations like the Sportsmen’s Alliance, do not. “This distinct population of grizzly bears in the Greater Yellowstone Ecosystem has surpassed every recovery metric put forth under the Endangered Species Act,” Brian Lynn, a spokesperson for Sportsmen’s Alliance, told F&S recently via e-mail. “The population has exceeded the delisting threshold by 40 percent and has remained stable and above recovery goals for nearly a decade while also tripling their occupied range.”

We could argue about the delisting until we’re all blue in the face, but that’s not what this story is about. This story is about grizzlies and their reliance upon public land, and lots of it; and it’s about hunters, and our reliance on the same.

In the Yaak Valley of Montana, where I live, only 20 or so grizzlies remain. It is my responsibility as a hunter to not put a female with cubs in danger, to not need to defend myself. I must be aware, even more keenly than usual, of every nuance of wind direction. I must approach creeks carefully, knowing the sound of running water could prevent a bear from hearing me. So too do I feel that, as a hunter, I have a responsibility to help protect grizzlies, to reconnect their dispersed subpopulations, by protecting the mountain ranges and valleys between them.

Of the five remaining grizzly subpopulations in the Lower 48, three are here in Montana. Each lives as if on an island, entirely cut off from genetic interchange with the other. The Yaak Valley is the smallest of these islands. Threats escalate everywhere. Most recently, the Forest Service and Pacific Northwest Trail Association proposed building a trail that thousands of people will likely travel each season through the very last heart of what was once designated as the Yaak grizzlies’ core recovery area. And there’s no shortage of dangers: highways, railroads, towns, and—always—the gridwork of industrial commerce prying open our public lands.

The great bears’ best path into the future depends on public lands and reconnecting their scattered populations. I can’t envision the recovery of grizzlies if more public land is developed or turned over to states, with their woebegone cash-strapped budgets, prompting them to sell off property. This should only heighten sportsmen’s urgency in preventing a large-scale lands transfer, as some Western congressmen have proposed. In state control, the inevitable development of public land would only further isolate the bears. Already, with the Yellowstone grizzly off the endangered-species list, restrictions on corporate land usage of public lands will loosen. And, I fear, the islands between them—as well as us—will grow smaller, and the distances between wider.

A grizzly is different from any other animal: They are not like deer, or even wolves, with rapid reproduction rates. They are the second-slowest-reproducing mammal in North America, and spend years teaching their cubs. As people further encroach on them, more bears will die, and the loss of the wrong mother at the wrong time can undo decades of investment. Grizzlies are the ultimate arbiters of wild country. It is beneath their presence all other wildness exists, and once they are gone, so too will the true backcountry. There was a reason Native Americans considered the great bear sacred.

I know we don’t want to read about any of this. We go to the woods to escape the fury of the world and its ugly truths, not to inhabit them. The woods are solace, and public lands our places of quiet thought and, sometimes, no thought at all. It grieves me that an animal like the grizzly is caught in the middle of such fierce debate. But this is a critical moment in our conservation history. Will we constrain those isolated subpopulations of grizzly bears to their little islands forever, or will we protect these last thin straws of public lands so that they can truly recover?

For the grizzly, the need is big, wild, open country, and lots of it. The need is public lands, our public lands—yours, theirs, and mine.

Rick Bass is the author of The Deer Pasture and more than 30 other books. He lives in northwest Montana, where he is a board member of the Yaak Valley Forest Council. Read more of his work for F&S here.

Why the battle over public lands is one sportsmen must win