Why You Need to Drop Your Rifle Scope Magnification 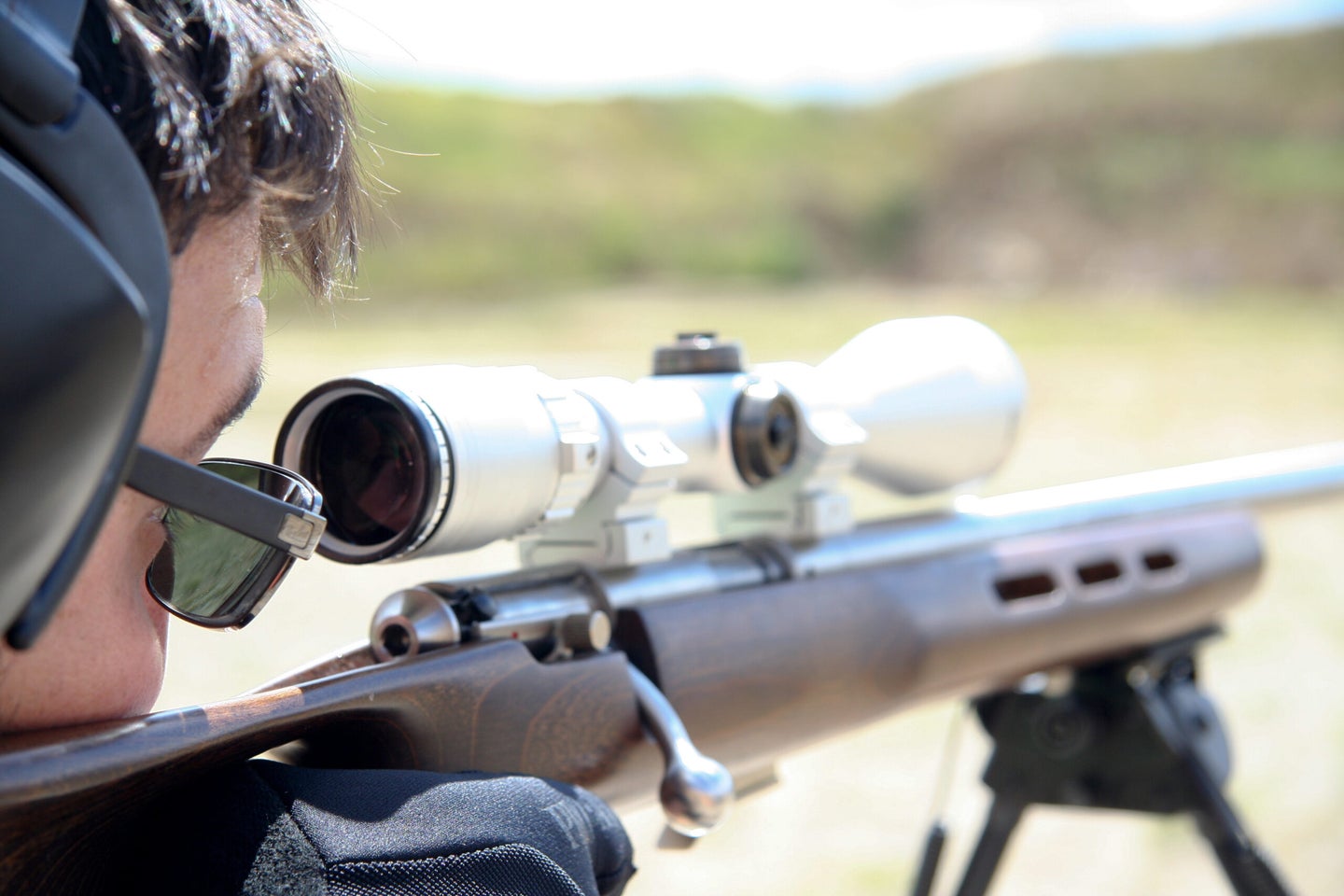 Before we get into this, I’d like to put to rest rumors that, despite the fact that I’m very old and completely unqualified to hold any kind of public office, I’m not running for president.

Back in the days when you could buy a Non-Resident Montana big-game license for $151 over the counter of the Powder Horn in Bozeman, about the most Xs you saw on a hunting rifle was nine. Warren Page did almost all of his hunting with a fixed-power 2.5X on his .375 Weatherby, and a fixed 4X on Old Betsy Number One, his 7mm Mashburn Magnum. At the very end of his career he got a 2X-7X , and viewed it as one would a venomous serpent.

If you shot benchrest, or hunted woodchucks and wanted gobs of power, about the biggest scope around was the Unertl Programmer 200, which came in 36X. During World War II, the U.S. Marine Corps snipers were issued 8X target-style Unertls. In Vietnam, they switched to 3X-9X Redfields, and after that a 10X hunting-style Unertl.

Things have changed. The Marines now use a Nightforce ATACR 5X-25X variable, and are expected to engage targets at 1,300 yards. This used to be howitzer range. You can get a hunting scope with 15Xs or more. If you shoot in competition, you can do it with 55X magnification.

And yet. And yet. There’s a lot to be said for low power. In the real world, you’ll often find yourself in situations where the handiest thing you can have is a scope that goes down to 2.5X or below. I’ve done the vast majority of my big game hunting with a 1.5X-5X, a 2X-7X, a 2.5X-8X, and a 2.5X-10X. On all of these the important number was not the higher one, but the lower one. I wanted to be able to screw that scope way down in case something happened close and fast.

A couple of examples: In Colorado, I was hunting elk and could hear one of the beasts bashing the brush on a little hillock up above me. I knew he was there, but could not get a shot. The solution was to sprint up the hillock until I saw him, throw the gun to my shoulder, and shoot, all in one motion. I was gambling that I could get a bead and pull the trigger before he pulled his head up from brush bashing. And that is what I did. He fell over straight backwards, and one of his antler tines snapped off in the dirt. I had my scope set on 2.5X. More power, and I couldn’t have done it.

In Zululand, a nyala, one of the shyest and most paranoid of antelope, ran right up to our vehicle at dusk. I have no idea what he was thinking, but I shot him at something like five yards with the scope cranked all the way down. The PH then told me that you could hunt hard for a week and never see one, and that he was very glad I had shot mine so fast because this was cobra country.

**Read Next: Is There Something Wrong with Your New Rifle, Part II

Fast and close is a lot more of a possibility than far away and slow. These days, with the availability of miraculous six-times-magnifier scopes, 1X-6X looks very good.

“Aim fine, miss fine,” is fine advice for snipers, but if you’re a hunter in the real world, “quick and crude” should never be far from your thoughts.