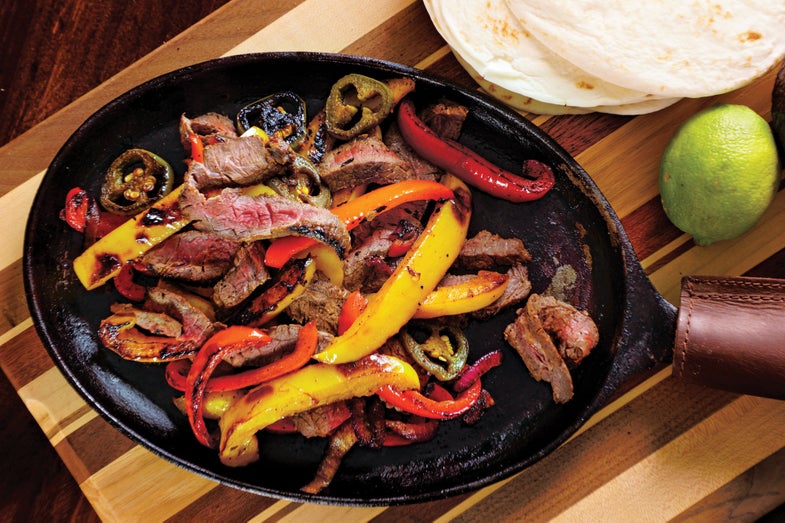 The rich, robust nature of wild game is the perfect complement to the vivid flavors found in the recipes of Mexico and the American Southwest. What’s more, the cooking techniques are tailor-made for turning tough cuts of antelope deer, elk, upland birds, and waterfowl into tender, tasty fare. With that said, here are six recipes that will turn taco night into a full-blown Tex-Mex fiesta. Just be sure to have some citrusy sodas and cold cervezas on hand to cool the fire.

With bright colors and rich aromas, these venison fajitas deliver a spicy blast to the senses—and that’s true even before you eat them. For this recipe, I prefer steaks cut from the flank or shoulder, which provide a bit more bite than a tender backstrap, but round steaks or sirloin work well, too.

Start your day with a giant burrito filled with spicy venison chorizo, and you’ll no doubt stay full, and warm, all morning. Not only that, when wrapped in foil and stashed in a pack, these burritos make a great midday meal in the deer stand or duck blind.

Allow me to brag for just a moment: These are the best damn duck tacos you will ever eat. Bold statement, I know. But it’s true. The rich flavor of a mallard breast grilled medium-rare and covered with soft white onion and pungent garlic chili oil will leave you reaching for another. And another. Better hope you have plenty of ducks in the freezer.

For the Mojo de Ajo:

For the Mojo de Ajo:

Cut the stems from the chilies and remove the seeds. Toast the peppercorns and oregano in a skillet over medium heat just until fragrant, then transfer them to a spice grinder and process to a powder. Pour olive oil into a saucepan and add the garlic. Set over medium heat and cook, stirring until the garlic softens and turns light brown. Add the tomato and orange juice, along with the ground-pepper blend and diced peppers. Cook for another 2 minutes, and let cool before using.

Typically made from basalt, the molcajete is a versatile kitchen tool, used for everything from grinding spices to making guacamole. But there is no higher calling for the traditional Mexican mortar than a classic molcajete meat-and-chile bake. The stone holds heat for a long time, making this an awesome party dish.

For the Chile Colorado:

These enchiladas wing the Tex-Mex staple to the wild side by replacing humdrum chicken with pheasant breasts poached in a savory broth. This technique keeps the lean meat from drying out, and makes it easy to shred. Plus, the addition of a few Serrano peppers to the tangy tomatillo sauce adds a fiery bite.

To assemble the enchiladas: 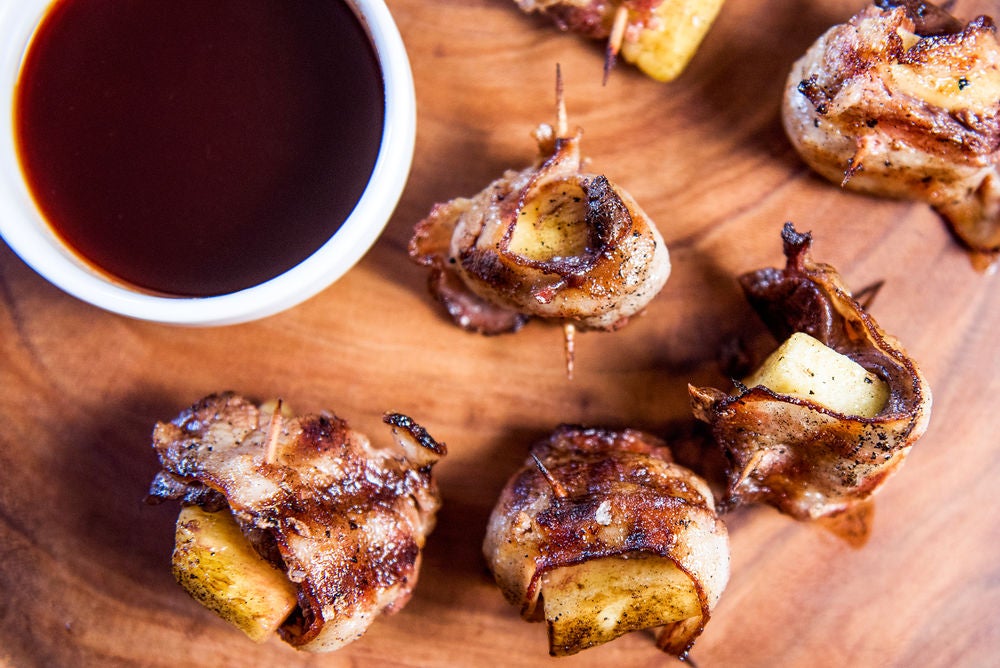 Take your camp snacks to the next level with these inventive, and delicious, twists on an old favorite

There are many ways to make albondigas—traditional Spanish meatballs—but when using ground wild game, poaching is my go-to approach, for a flavorful broth keeps the meatballs from drying out. Deer, elk, or even ground waterfowl would work for this recipe, but I favor pronghorn antelope, which are prolific across the Southwest.